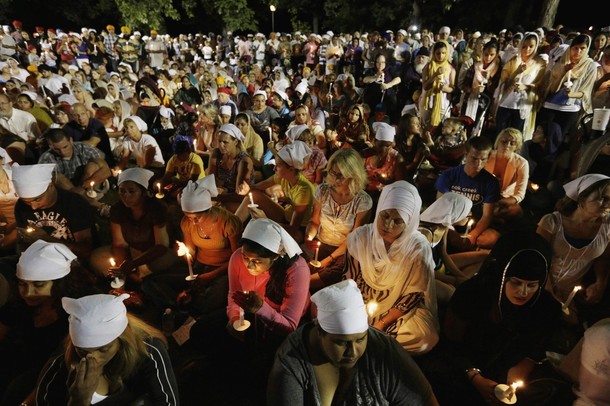 I have worked with South Asian community members and organizations since September 11, 2001, and the tragic events of this past Sunday in Oak Creek, Wisconsin, has shaken me to the core. As our country tries to make sense of the tragedy that occurred last Sunday at a Sikh temple in Oak Creek, Wisconsin, it is important to reflect on the climate that Sikh, Muslim, Arab and South Asian communities have been enduring over the last eleven years.

Sadly, the massacre that took the lives of six innocent people and injured many others is part of a longer history of violence and discrimination that has affected Sikhs, Muslims, South Asians and Arab Americans. In just the first week following September 11th, South Asian Americans Leading Together(SAALT) tracked over 645 incidents of bias—including hate crimes, workplace discrimination, airport profiling, and bullying—against community members.  Seemingly overnight, South Asians, Arab Americans, Muslims, and Sikhs became the socially acceptable target for discrimination and bias.  And still, eleven years later, these attacks have not ceased.  Instead, they have arguably accelerated with Sunday’s gruesome violence.  To attack a place of religious sanctuary that some victims referred to as their “home” and where families gathered for service, shows the extent to which racism and xenophobia can permeate.

The tragic incident in Oak Creek and others before it create an environment of isolation and fear as well as a chilling effect on individuals practicing their religion, as evidenced by the heightened security on various religious intuitions, including gurduaras and mosques, since Sunday.  It sends the message that religion cannot be practiced freely, that people will not be accepted, and that people may instead be harmed.  It is our responsibility to ensure that those messages are thwarted and that racism and xenophobia do not prevail.  We must, as a community, show the world that these actions and their messages will not be tolerated by speaking out against them, uniting with individuals and communities from other faiths and backgrounds, and creating procedures and policies that prevent such incidents in the future.

Though these changes will not happen overnight, we can start taking steps towards them today.  In response to the Oak Creek tragedy, we can show our solidarity by attending vigils in our communities, sending the Oak Creek Sikh Community notes of support, or contributing to a fund to help families affected by the incident. We can also hold our elected officials to a higher standard to denounce bigoted statements and put in place policies and practices that end discrimination and profiling. Let’s start today on making the change towards a safer tomorrow.

Deepa Iyer is the Executive Director of South Asian Americans Leading Together (SAALT) and the Chair of the National Council of Asian Pacific Americans (NCAPA).