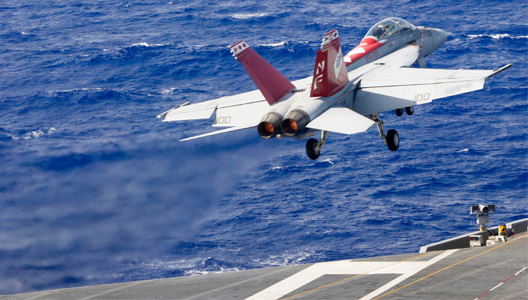 While Secretary of State John Kerry is representing the United States in Asia this week, there is a growing chorus dismissing the sincerity and depth of the planned rebalance to Asia. “For countries not closely allied with the US, Obama’s no-show [at the APEC summit] will reinforce their policy of bandwagoning with China,” wrote Carl Thayer.

Simon Tay agrees, “The US government shutdown starkly reveals divisive and dysfunctional Beltway politics. If they can furlough jobs, cease government services and risk a downgrade in the country’s credit rating, will American politicians be consistent about faraway Asia?” The recent counterterrorism raids in Libya and Somalia caused Hilary Matfess to suggest in the Atlantic an “African shift” will displace the “Asian pivot.”

From a military strategy perspective, knowing the national priorities is critical to being prepared for the next conflict. The military services that develop future forces and ensure the combatant commands have the right tools, personnel, and doctrine to employ military force decide whether the military should resemble the one used to oust Moamar Qaddafi, remove Saddam Hussein, or destroy Bashir al-Assad’s chemical weapons. With a $600 billion defense budget, the services have planned to do it all. Yet, as defense budgets fall, the military will have to be more disciplined with defense dollars and select concepts that anticipate how the president will use the military.

In the wake of Iraq and Afghanistan, two big concepts have emerged that underlie future budget battles: air-sea battle and the regional aligned force. The first is designed for challenges of the future, while the second addresses challenges of today. As the names suggest, there are significant service biases at play.

The air-sea battle (ASB) concept aligns nicely with the Asia pivot and is designed to address concerns about a rising China or aggressive Iran. ASB portends to be a comprehensive way to counter emerging anti-access/area denial (A2/AD) challenges such as cruise missiles, mines, small boat swarms, and submarines. In the context of the Asian pivot, it is assumed the Taiwan Strait or East China Sea island dispute scenarios guide the ASB effort to “preserve US ability to project power and maintain freedom of action in the global commons.” Originally a Navy-Air Force initiative, the concept eventually incorporated land power, but it clearly supports a future defined by being off-shore.

The regional aligned force concept is based on the status quo, where the United States is actively engaged in the world to help its partners prevent conflict. To meet committments to train and equip partners, the Army created the concept of a regional aligned force. Steve Griffin sees “the decision to align brigades with each of the global combatant commands is inarguably a good one.  Benefits such as improved operations, planning, and partnering resulting from cultural and language proficiency, as well as decreased cost in overseas security operations, and a more refined focus on areas of strategic significance are just some of the bonuses of implementing such a plan.” The first regional aligned brigade will support Africa Command, which seeks to reduce security deficits in Africa.

When the rebalance to Asia was unveiled, it was done in the “never again” context of large-scale counterinsurgency operations and renewed concern that a rising China posed a threat. Two years later, however, the US remains occupied in Central Asia, preoccupied with Middle Eastern terrorism, and challenged to support governments confronting their own complex domestic challenges. The Navy and Air Force seemed to have a lock on defining future military strategy through the air-sea battle concept, President Obama’s UN General Assembly address on the Middle East and the recent counterterrorism raids in Africa reveal there may be a use for ground forces after all—providing the regional aligned forces concept room to breathe.

Derek S. Reveron, PhD, is a professor of National Security Affairs and the EMC Informationist Chair at the US Naval War College in Newport, Rhode Island. The views here are his own and do not necessarily reflect US government policy.

Disclaimer: The author is not associated with the Atlantic Council or any of its Centers or Programs.