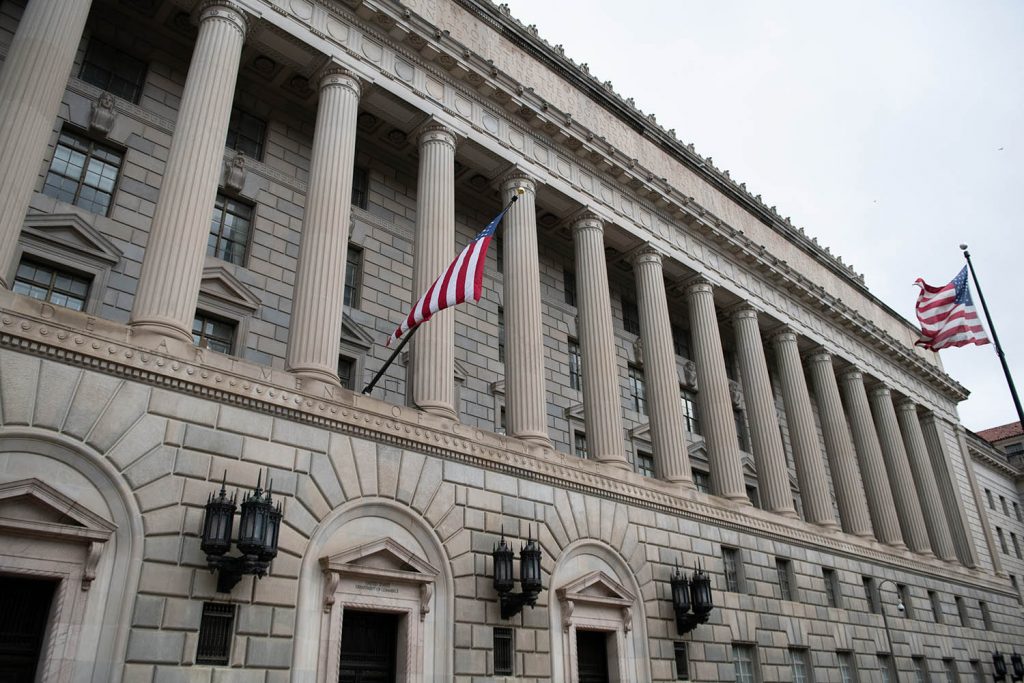 Although trade and economic sanctions are often the go-to regulatory device to address national security and foreign policy objectives, the US government has increasingly wielded its export controls arsenal—including targeted strikes against perceived bad actors—for similar purposes.  The US Department of Commerce’s (“Commerce”) recent actions aimed at Huawei Technologies and a high number of its non-US affiliates demonstrate this toolkit. These actions could deliver a significant blow to Huawei’s ability to procure certain US-indigenous parts, components, software, and technology, but they also merit attention for the resulting compliance challenges and burdens facing industry, particularly given the technical intricacies of certain new rules.

The United States government administers and enforces a wide range of controls—issued pursuant to different legal authorities and implemented through a variety of regulatory regimes—relating to cross-border trade, transactions, and investments. Of the many agencies involved, the US Department of the Treasury’s Office of Foreign Assets Control (OFAC) is likely the most publicly well-recognized. Primarily responsible for administering the United States’ myriad sanctions programs, OFAC’s actions often make headlines. In recent years OFAC has been involved in high profile actions in relation to the implementation of and subsequent withdrawal from the Joint Comprehensive Plan of Action, the sanctioning of a number of high profile Russian oligarchs, government officials, and entities, and the blocking of the Government of Venezuela and its state-owned and –controlled entities. Though varied, many of OFAC’s sanctions programs are effectively full-blown prohibitions on dealings with particular countries, entities, and individuals; further, OFAC sanctions can have broad extraterritorial reach, and are generally aggressively enforced. In these respects, OFAC sanctions are powerful tools for promoting US national security and foreign policy objectives.

Increasingly, however, Commerce has proven itself to be a formidable force in serving similar goals. Commerce, through the Bureau of Industry and Security (BIS), administers and enforces the US Export Administration Regulations (EAR), which principally regulate commercial and dual-use items that (1) originate or are otherwise located in the United States (including in transit); (2) are developed outside the United States but comprise de minimis amounts of US-origin controlled content (in most cases, 25 percent or more of the end item’s fair market value); or (3) are the direct product of certain US-origin technology and software. Certain exports, reexports, or transfers—which collectively refer to various cross-border transactions or releases to non-US persons—of items subject to the EAR trigger licensing requirements (an analysis which requires technical and fact-specific evaluation of several factors, including the nature of the item, and the country or countries, end-users, and end-uses involved).

Beyond the EAR’s standard export restrictions, BIS maintains various restricted parties lists.  The Entity List comprises entities, organizations, research institutes, individuals, and other legal persons—designated on the grounds that they present a threat to US national security and/or foreign policy interests—that are subject to license requirements independent of, and in addition to, license requirements set forth elsewhere in the EAR. The Entity List restrictions can range from requiring licensing only for particular items to precluding the listed party from receiving all items subject to the EAR. Further, BIS may adopt a range of licensing policies with respect to the listed parties, including case-by-case review or a more restrictive policy of presumption of denial, meaning that export licenses are not likely to be issued.

In recent months, BIS has deployed—and even expanded—its regulatory powers against Huawei in the following noteworthy actions.

Entity List designations:  In May 2019, BIS added Huawei to the Entity List (with subsequent Huawei-related additions in May and August). In making the original designation, BIS indicated “that there is reasonable cause to believe that [Huawei] has been involved in activities determined to be contrary to the national security or foreign policy interests of the United States,” citing as a consideration Huawei’s indictment in the Eastern District of New York for various violations of US law, including with respect to the International Emergency Economic Powers Act.

As a result of the listing, no person may export, reexport, or transfer any EAR-regulated items to Huawei, absent a specific license from BIS. As noted, items subject to the EAR are not limited to those originating in the United States, but under the EAR’s de minimis rule, include certain foreign-developed or -produced items. Accordingly, certain items that have never been within the territorial bounds of the United States are still captured, and transfers of such items—by any person, regardless of location or nationality—to Huawei without a BIS license would result in a violation of the EAR. Importantly, BIS recently clarified that the Entity List restrictions are triggered regardless of whether Huawei actually takes delivery of the item, but rather when Huawei acts as the purchaser, intermediate or ultimate consignee, or end-user. Applications for authorization to export, reexport, or transfer EAR-regulated items to Huawei are subject to a licensing policy of presumption of denial.

Foreign Direct Product Rule:  In May 2020 and again in August 2020, BIS expanded the EAR to cover additional items that are the direct product of certain US-origin technology and software (“Foreign Direct Product Rule”). Previously, the Foreign Direct Product Rule subjected to the EAR items that were developed or manufactured outside the United States based on US-origin technology and software controlled for National Security reasons only, or developed within a plant or major component of a plant that is itself the direct product of the same. Effective May 15, 2020, BIS issued an interim Direct Foreign Product Rule extending coverage to items that are the direct product of technology and software subject to the EAR and described under a wider swath of Export Control Classification Numbers (3E001, 3E002, 3E003, 4E001, 5E001, 3D001, 4D001, 5D001, 3E991, 4E992, 4E993, 5E991, 3D991, 4D993, 4D994, or 5D991, collectively “Covered ECCNs”), or that are produced from plants or major components of plants that are themselves the direct product of the same, when there is a Huawei nexus in the design, development, or production of such items.

Based in part on comments to the interim rule, BIS subsequently further expanded the Direct Foreign Product Rule effective August 17, 2020. Notably, the expanded rule eliminated the requirement that covered items be produced, developed, or designed by Huawei. Now, if a foreign-produced item is the direct product of technology or software subject to the EAR and described in a Covered ECCN, or if the item is produced by a plant or major component of a plant that is the direct product of the same, then a person cannot, without a BIS license, engage in a transaction involving that item when the person has knowledge (which includes actual knowledge as well as reason to know) that such item: (1) will be incorporated into, or will be used in the “production” or “development” of any “part,” “component,” or “equipment” produced, purchased, or ordered by Huawei; or (2) Huawei is a party to a transaction involving a foreign-produced item, as purchaser, intermediate consignee, ultimate consignee, or end-user. The expanded rule adopts a licensing policy of presumption of denial in most cases, but a case-by-case review for qualifying items that support the “development” or “production” of telecommunications systems, equipment, and devices that fall below the 5G level.

The primary impact of the expanded Foreign Direct Product Rule, which is intended to further cripple Huawei’s critical supply chain, is that it now reaches off-the-shelf products not previously captured (due to the absence of a design or production nexus to Huawei). Such products will now trigger a license requirement in connection with transactions knowingly involving Huawei.

The cost on industry

Although a close parsing of these actions may reveal certain limitations on potential impact, it nonetheless seems likely that they will be effective in hamstringing Huawei’s supply chain as intended, at least with respect to more technologically advanced items. This prediction is predicated in part on what seems like reasonable anticipation of a resulting chilling effect on industry, which is effectively responsible for implementing these rules through its compliance response. Indeed, Huawei’s suppliers and other counterparties must now undertake the technically challenging, time- and resource-consuming, and costly process of determining whether the items they provide or otherwise make available to Huawei are subject to the EAR. For many, sufficient product evaluation work may be impracticable or otherwise deterring, and may therefore induce an even deeper bruising of Huawei’s supply chain than the restrictions contemplate.

BIS’s Huawei-related actions demonstrate the ways in which export controls can be levied—with respect to both particular items and parties—as an effective weapon in furtherance of national security and foreign policy strategies. Because the EAR are a property-based regime implicated when any person engages in transactions involving covered items, these regulations have the force of widespread impact—on both their intended targets as well as industry. After all, although BIS calls the regulatory shots, industry is the real foot soldier of implementation.

Annie Froehlich is a nonresident senior fellow with the Atlantic Council’s GeoEconomics Center and a counsel at Latham & Watkins LLP, where she practices in the firm’s Export Controls, Economic Sanctions, & Customs Practice.

Image: A general view of the Department of Commerce in Washington, D.C., on April 27, 2020 amid the Coronavirus pandemic. (Graeme Sloan/Sipa USA)