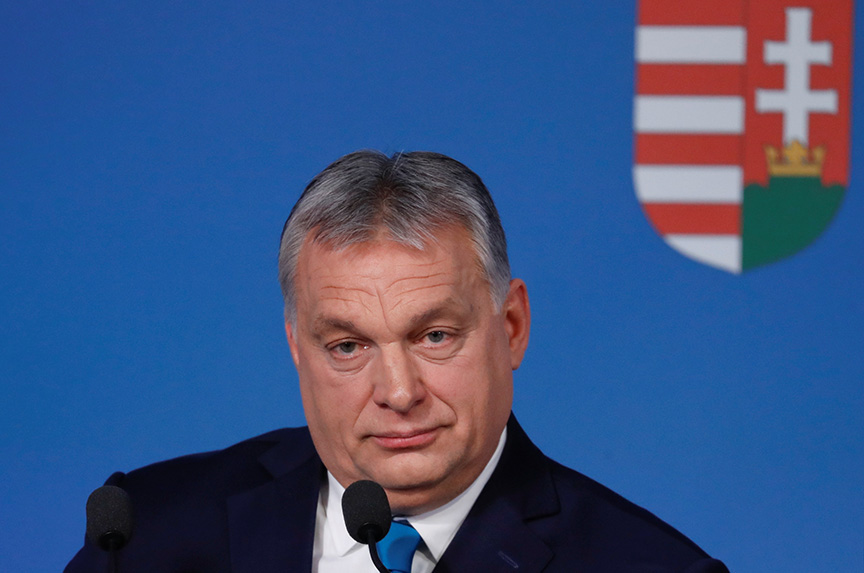 Editor’s Note: This article is a response to Stephen Blank’s essay, Putin’s Energy Strategy Is More Ambitious than You Think, which was published by the Atlantic Council’s UkraineAlert blog on January 4, 2019.

Since arriving in Washington in the summer of 2017, I have grown somewhat baffled by the narrative about Hungary, especially within the Beltway. As Hungary’s ambassador to the United States, I receive a fair share of advice from all corners about how Hungary should conduct its foreign policy. One of the recurring themes is, to put it mildly, that Hungary is too friendly with Russia. When I inquire about why Hungary, a NATO and EU member, is perceived as a friend of Russia, I usually get puzzled looks, as if I were challenging  a paradigm. While I certainly see it as part of a wider narrative, I am curious as to what yardstick is being used to put Hungary in the “Russian basket.”

Does Hungary want to maintain a pragmatic relationship with Russia, despite differences and strong disagreements? Yes, it does, as do many other countries. So why is Hungary being treated differently? Are Hungary and Russia too close in economic terms? Is Russian investment or the number of Russian companies in Hungary a concern? Is bilateral trade? Statistics prove otherwise. Russia’s economy and interests are much more intertwined with Western European countries, including those regarded as Russia’s European “foes.” Look at the RUSAL case that is now the hot topic of the town.

Has Hungary fallen back on Russia-related issues? Hungary has always been in lockstep with its European counterparts with regards to sanctions on Russia. After the poisoning of former Russian spy Sergei Skripal in the United Kingdom in March of 2018, Hungary expelled a Russian diplomat. Since 2014, well before the 2016 US presidential elections, Hungary has been pursuing criminal cases that have uncovered Russian meddling on the far right of the Hungarian political spectrum. Hungary is on track to meet NATO’s 2 percent of GDP defense spending guideline by the 2024 target, or even before that date. Hungary participates in patrolling the Baltic airspace. The list goes on.

Are there too many high-level meetings between Hungary and Russia? Compared to which Western European country? This criticism is even more intriguing when it comes from former Obama administration officials who kept Hungary at diplomatic arm’s-length for six long years. Hungary, and thankfully the Trump administration, believes in dialogue.

There are two major reasons that are often alleged to buttress the charge that Hungary is too close to Russia. One is Hungary’s stance toward Ukraine. The other is energy security. Both deserve closer scrutiny.

On Ukraine, some love to label Hungary the “Trojan Horse for Russia.” They accuse Hungary of having irredentist policies. The facts prove otherwise. Hungary was the first country to sign border agreements with all of its neighbors after the fall of the Soviet Union and restoration of democracy to Central Europe. Hungary’s decision not to recognize Russia’s illegal annexation of Crimea is unwavering.

Hungary’s track record on Ukraine’s Euro-Atlantic aspirations is impeccable. It championed for the Ukrainian EU visa-free regime and the Ukraine-EU Association Agreement. It also championed the Membership Access Plan (MAP) process and Distinctive Partnership with Ukraine in NATO. It has also provided more than $120 million in humanitarian aid to Ukraine since 2014.

However, support for Euro-Atlantic integration must be principled. Recently, we have seen a decline in Ukraine’s commitment to some of its international obligations. Ukraine’s education law of 2017, criticized by the Venice Commission, NATO, the European Union, and by the Council of Europe, is just one example.

The law seeks to have all secondary education and above in Ukrainian schools be taught in Ukrainian, practically eliminating the use of Hungarian and other minority languages. Ukraine cannot use its victimhood at the hands of Russia as an excuse to violate the rights of its own citizens. Besides NATO and EU obligations, Ukraine is violating its own constitution by taking away rights that its Hungarian minority, and all other minorities, enjoyed even during Soviet times.

Critics should also remember that Hungary decided to block the ministerial-level meetings of the NATO-Ukraine Commission only after bilateral negotiations failed. Furthermore, Hungary does not block NATO-Georgia-Ukraine format high-level meetings or any other cooperation. As soon as Ukraine fulfils its commitment to amend the law on education, Hungary will lift this symbolic block.

Let us look at how critics handle this issue in the United States. The Ukrainian education law threatens to close all 110 Hungarian-language educational institutions, catching ethnic Hungarians between a rock and a hard place. If implemented, the ethnic-Hungarian community in Ukraine would face a choice either to assimilate, losing its cultural identity, or leave Ukraine. Nonetheless, critics fault Hungary for not taking Ukraine’s security interests into consideration and putting too much emphasis on rights and the rule of law. The same critics turn around and fault the Trump administration for putting too much emphasis on joint US-Hungarian security interests and for abandoning democracy building and rule of law. Go figure.

On energy security, I hear conspiracy theories about how Hungarian Prime Minister Viktor Orbán is “a pawn of Russia.” Hungary has minimal energy sources of its own. Furthermore, due to its Soviet-era infrastructure,  Central and Southeastern Europe is largely dependent on a single energy supplier. The region is not Russia-friendly, but, for the present, Russia-dependent.

To reduce this unwanted dependence, Hungary has built interconnectors with six out of its seven neighbors and has constructed underground gas storage facilities with a total capacity of 6.33 billion cubic meters. Did you know that Hungary registers more than twenty projects within the Three Seas Initiative priority projects? Most of these projects deal with energy connectivity. Hungary also works on the US P-TEC initiative—the Partnership for Transatlantic Energy Cooperation—with US Energy Secretary Rick Perry. Critics conveniently forget that since 2015 Hungary has been one of the main supporters of the acceleration of issuing LNG export licenses in the United States.

While certain Western countries work on Nord Stream 2, the gas pipeline that would connect Russia to Germany, Hungary is working on real diversification projects—the Krk LNG terminal and the Black Sea gas ROHU pipeline. Still, Hungary is portrayed as pro-Russian. Is this because Hungary buys gas from Russia in order to keep its economy running and prevent households from freezing? Is there a currently available alternative source that Hungary missed?

Unfortunately, none of the facts above matter for some. There is a circle that is committed to demonizing and isolating Hungary. In the prevailing political climate in the United States, anyone who is labeled a friend of Russia, even on questionable grounds, is an easy target.

There is already “diplo-speak” that backs this up. If a Western European leader who does not support the Trump administration meets Vladimir Putin, he or she is said to “engage” the Russian president. If Orbán meets Putin they are “best buds.” Similarly, if Ukraine engages in nation-building, it is patriotic. If Hungary protects the interests of its nationals in Ukraine, it is ethno nationalist. If there is a demonstration in France, it is a sign of democracy. If the same happens in Hungary, it is evidence of the near collapse of a “far-right autocratic regime.”

As a surgeon by profession, I believe in the saying: “Proper diagnosis is half the cure.” Recycling or pushing a narrative, or simply labelling the other, has never helped come to terms on anything, much less resolve a problem. Therefore, I call on those who still believe in dialogue to get out of the ideological armchair of narratives and join us for an intellectual exercise.

László Szabó is Hungary’s ambassador to the United States and a former deputy minister of the Hungarian Ministry of Foreign Affairs and Trade.