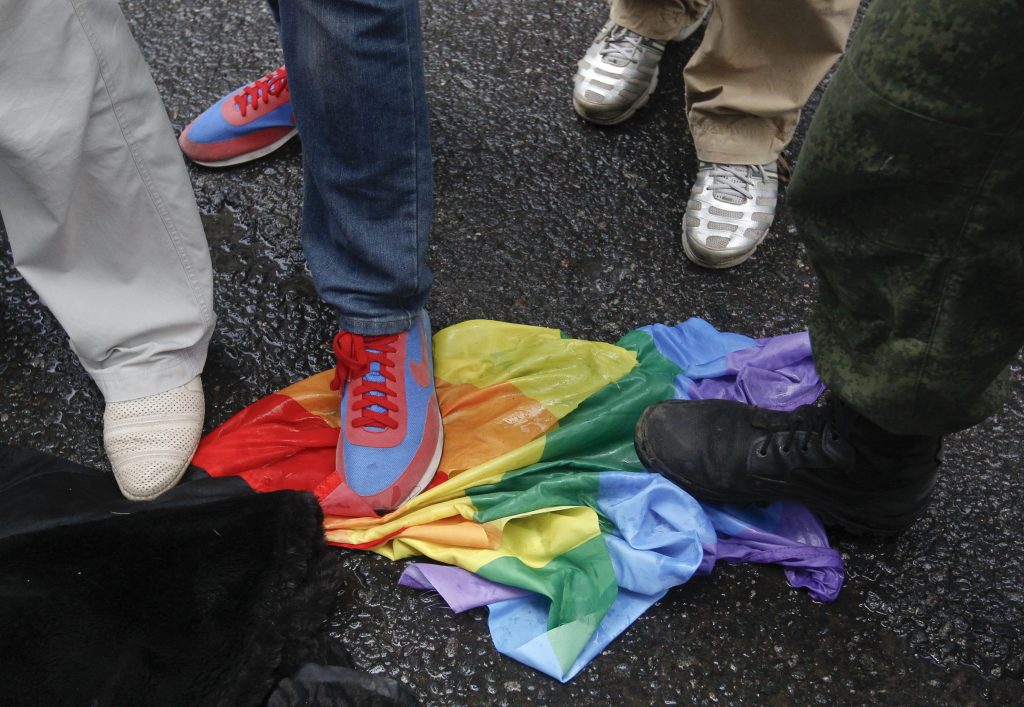 On November 15, a missile hit Polish village Przewodów in Lubelskie Voivodeship, located about five kilometers away from the border with Ukraine. The missile struck a grain drying and sorting center around 3:40pm local time; two Polish citizens were killed as a result of the explosion. Polish Radio Zet also reported a second explosion, which allegedly took place few hundred meters away from the village in a field and did not cause any serious damage.

Photo and video footage of the damage started to circulate in the internet within hours of the incident. Twitter users posted a video that allegedly showed the aftermath of an explosion in Przewodów, and the New York Times geolocated the place from where the video was filmed. Lubiehrubie.pl website published photos depicting a wide crater, a damaged tractor, and missile debris, which @projectowlosint geolocated as the same location.

Following the incident, Polish President Andrzej Duda and Prime Minister Mateusz Morawiecki called an emergency meeting with the government’s national security and defense affairs committee. Officials stated after the meeting they were considering if there were grounds to launch the Article 4 procedure of NATO Treaty. Poland also increased the combat readiness of some military units and the security services. Poland’s Ministry of Foreign Affairs issued a statement saying a “Russian-made missile” hit Poland, and the ministry had summoned the Russian ambassador to Poland to provide a “detailed explanation” about the incident. However, Russia’s Ministry of Defense vehemently denied that Poland was hit by Russian missile and argued that Russia launched high-precision attacks “only at the targets located in Ukraine and no closer than 35 kilometers from the Ukrainian–Polish border.”

Despite mounting evidence suggesting the missile was a Ukrainian defensive weapon, Ukrainian President Volodymyr Zelenskyy argued that he was convinced that the munition was a Russian missile, based on reports he received from the command of Armed Forces of Ukraine. He assessed it as “a Russian missile attack on collective security” and “a very significant escalation.”  By November 17, however, Zelenskyy softened his position while insisting, “We can’t say specifically that this was the air defense of Ukraine.” Poland and Ukraine also announced a joint investigation of the explosion site with participation of Ukrainian experts.

That same day, Jakub Kumoch, secretary of state in the Chancellery of the President of the Republic of Poland, noted there were many indications that a Ukrainian air defense missile had targeted an incoming Russian missile but missed, falling on Polish territory after failing to self-destruct. Polish government spokesman Piotr Müller added that materials collected by Poland indicated that the explosion was the result of Ukraine attempting to defend itself from a Russian missile attack. According to Ukrainian authorities, Russia fired 100 missiles on November 15, making it the largest missile attack in a single day since the war began in February.

Tomasz Szatkowski, Polish ambassador to NATO, reported that NATO radar systems had tracked the missile. CNN also reported that NATO patrolling aircraft flying in Polish airspace also tracked the missile. This triggered a discussion whether NATO anti-missile defense systems could have neutralized it before it hit Poland, but NATO Secretary General Jens Stoltenberg noted, the missile “didn’t have the characteristics of a deliberate attack against NATO territory,” and that NATO air defense systems are set up to defend against attacks.

On November 15, Russian armed forces expanded its missile and air attacks, as Ukrainian air defense were activated in Zhytomyr, Khmelnytsky, and Vinnytsia, among other cities. As noted previously, Russian forces launched about 100 missiles, including Kh-101 and Kh-555 cruise missiles, at critical infrastructure targets across Ukraine. The attacks are the latest in a series that have knocked out electricity in parts of the country, with the European Commission noting that Ukrainian energy infrastructure had reached a “critical point.”

On November 17, Russian missile attacks were reported in Kyiv oblast, as well as Odesa, Zaporizhzhia, and Dnipro. According to Ukraine’s head of the Donetsk regional military administration, 60 percent of Bakhmut’s infrastructure is damaged or destroyed, and only one of the sixteen schools local authorities have rebuilt in the city since 2019 remained intact.

Meanwhile, in Russian-occupied Dzhankoi, the Russian air defense systems were activated late on the evening of November 16. The reports indicate a possible strike on a military airfield near the city, located in northern Crimea. Ukrainian shelling was reported by Russian accounts on the night of November 17 in Belgorod and Belaya Berezka, Bryansk oblast. A drone reportedly exploded at a substation near Feodosia, Crimea. According to Russian reports, the Ukrainian army launched the drone and unsuccessfully targeted a power facility.

Lastly, Donetsk People’s Republic military commander Aleksandr Khodakovsky said that Russian forces had planned to attack the area around Vuhledar from at least two directions, but he and other officers realized that the poor training of newly arrived troops and their inability to contact brigade commanders made such plans impossible. According to Khodakovsky, the brigade commanders changed plans and committed the forces to attack Pavlivka, which was taken on November 14.

On November 9, Russian President Vladimir Putin signed an executive order enacting “The Fundamentals of State Policy for the Preservation and Strengthening of Traditional Russian Spiritual and Moral Values.”

The presidential decree states that “Russian traditional values” are the matter of the national security. It defines seventeen principles:

“Life, dignity, human rights and freedoms, patriotism, civic consciousness, service to the homeland and responsibility for its fate, high moral ideals, strong family, constructive work, prioritization of the spiritual over the material, humanism, mercifulness, fairness, collectivism, mutual assistance and respect, historical memory and continuity of generations, unity of the peoples of Russia.”

According to the decree, the leading threats to traditional values include “terrorist and extremist organizations, certain mass media and mass communications, activities of the United States and other unfriendly countries, a number of transnational corporations and foreign non-profit organizations, as well as certain organizations and individuals in Russia.” It further notes that the destruction of traditional Russian family with “the propaganda of non-traditional sexual relations” has caused negative ideological and psychological impacts among the Russian populace. The Kremlin plans to counter these “threats” through educational reform, as well as working with youth and media outlets, among other measures.

According to Russian publicist Boris Yakemenko, the Russian constitution does not include an article on official state ideology, so the latest presidential decree is likely a first step towards “formation of the country’s ideology.”

The decree comes in the wake of Russian lawmakers unanimously passing a legislative amendment regarding “the prohibition of propaganda of non-traditional sexual relations.” A previous version of the anti-LGBTQ law banned the spread of “gay propaganda” to minors; the amendment expands the prohibition to all age groups. The restriction applies to advertisements, movies, and other media. People found guilty of violating the ban face a fine of 400,000 rubles (USD $6,600) while legal entities could be penalized upwards of five million rubles (USD $82,000).

Russia has already targeted individuals and entities for “propagating non-traditional sexual values.” Some of the latest instances include opening three cases against TikTok, as well as investigating controversial Russian TV personality Ksenia Sobchak.

Over the summer, Russia revealed plans to construct an online surveillance system that could hunt down “homosexual propaganda,” among other “prohibited data.” In addition, Runiversalis – the Russian analog of the internet encyclopedia Wikipedia – announced that it will not allow “homosexual propaganda” on its platform.

Russia has long attempted to justify its efforts to defend Russian “traditional values” against Western values, employing the narrative to justify and whitewash its invasion of Ukraine.

Sixteen anti-war groups in Russia launched a petition demanding that Vladimir Putin demobilize all recently mobilized Russian men. At the time of writing, the petition had gained more than 40,000 signatories.

Additionally, a group of mothers of disabled children asked Putin to exempt their husbands from mobilization in a video posted to YouTube.

In Astrakhan, the regional governor reported that a group of mobilized men had returned home on the grounds that their families were raising three or more children.

The Ukrainian Security Service (SBU) announced on November 16 it has discovered another “torture chamber” allegedly used by Russian forces during the occupation of Kherson. According to the SBU report, Kherson residents were interrogated and tortured at the location. The SBU also added that law enforcement officers found evidence that directly indicated signs of torture during the inspection of the chamber. The report has not been independently verified.

Meanwhile, the bodies of four civilians exhibiting signs of torture were found in Kupiansk-Vuzlovyi, Kharkiv oblast. The settlement was liberated by Ukrainian forces back in September.

The Czech Republic plans to train around 4,000 Ukrainian soldiers next year, Czech Defense Minister Jana Černochová announced in a statement. The training program will begin with an initial batch of troops before the end of 2022 and will eventually be incorporated into the planned European Union training scheme for Ukraine, in which EU foreign ministers agreed to create a mission to train around 15,000 Ukrainian soldiers. The Czech Republic will also send fifty-five soldiers as instructors or members of command structures. Bulgaria will train military orderlies under the same program.

Meanwhile, as the US reportedly runs low on certain high-end weapons systems and ammunition available for transfer to Kyiv, Israel announced that it had given NATO member states permission to deliver Ukraine military systems that include Israeli components. It also agreed to purchase “strategic materials” for Ukraine’s armed forces.

Central Europe Civil Society Conflict Disinformation Human Rights Israel Missile Defense NATO Poland Russia Security & Defense Ukraine
This website or its third-party tools use cookies, which are necessary for its functioning and required to achieve the purposes illustrated in the cookie policy. You accept the use of cookies as per our Cookie Policy and Privacy Policy by closing or dismissing this notice, by scrolling this page, by clicking a link or button or by continuing to browse otherwise.Ok