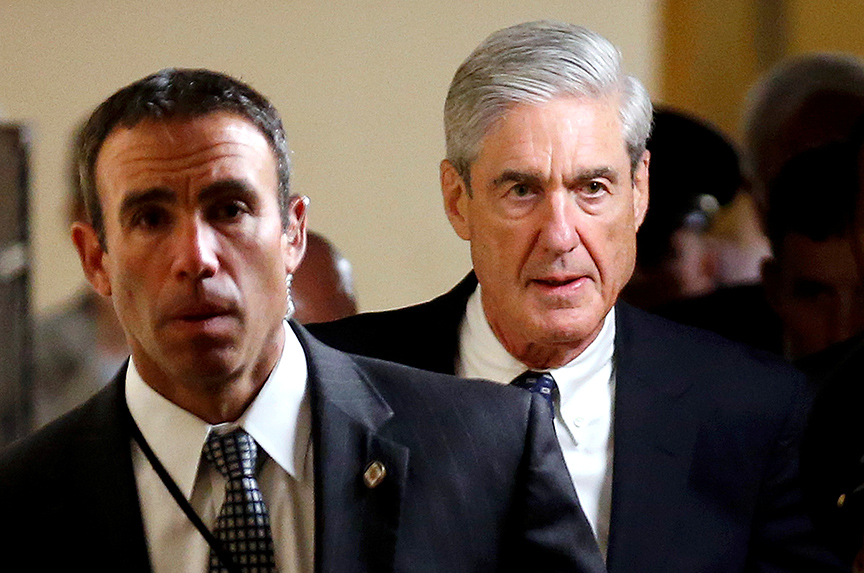 Thirteen Russians and three Russian entities have been indicted by a grand jury for interfering in the US presidential elections in 2016, US Special Counsel Robert Mueller’s office said on February 16.

In January of 2017, the US intelligence community concluded that Russia had meddled in the elections. This assessment concluded: “We assess Russian President Vladimir Putin ordered an influence campaign in 2016 aimed at the US presidential election. Russia’s goals were to undermine public faith in the US democratic process, denigrate Secretary Clinton, and harm her electability and potential presidency. We further assess Putin and the Russian government developed a clear preference for President-elect Trump. We have high confidence in these judgments.”

More recently, CIA Director Mike Pompeo told the BBC in January that he expects Russia will meddle in the US midterm elections this year.

Atlantic Council experts weighed in on the significance of the indictments. This is what they had to say:

Today, Special Counsel Robert Mueller essentially achieved what he was appointed for. He presented an indictment showing how Russian operatives interfered in the US presidential campaign.

A sentence in the indictment says: “Defendants’ operations included supporting the presidential campaign of then-candidate Donald J. Trump and disparaging Hillary Clinton.” Another vital sentence states that some “defendants…communicated with unwitting individuals associated with the Trump campaign.” The evidence seems overwhelming and the conclusions go far.

Today’s indictment reflects the same set of facts previously known and put forth in the US Intelligence Community Assessment from January 2017.

However, the burden of proof in the US court of law is more stringent than a high-confidence intelligence assessment. Special Counsel Mueller is acutely aware of both standards and has surely taken that into account in this carefully crafted indictment.

The US government itself concluded the influence operation could only have been directed by the highest levels of the Russian government. The indictment of figures close to Russian President Vladimir Putin, like Yevgeny Prigozhin, further corroborates that assessment.

The fact remains that Russia unleashed a campaign of aggressive, cyber-enabled operations aimed at influencing the outcome of the 2016 US presidential election, eroding faith in US democratic institutions, sowing doubt in the integrity of our electoral process, and driving US citizens further apart rather than closer together. The effort was consistent with other Russian attempts directed at US partners and allies.

The indictments are a formal legal step in the United States, which will work to further the continuing investigation of Special Counsel Mueller. In other words, we should not expect to see the thirteen Russian nationals, three Russian companies, or the infamous St. Petersburg troll factory appear in a US courtroom any time soon. Russia will not extradite.

The bottom line is that the Mueller investigation will continue to run its course, but we can objectively erase any doubt, if there was still any, that Russia mounted systematic efforts to undermine the foundation of US government for and by the people: elections.

The indictments by Special Counsel Robert Mueller against specific Russian individuals working for the Internet Research Agency refocus the investigation on Russia’s information war “ground game” inside the United States. The indictment reveals that Russian actors physically traveled to the United States to collect intelligence and better target their information operations. As I have said before, this was not a remotely-piloted operation and now we have proof of this.

Importantly, the indictment also shows that Russia’s info ops were not just confined to the virtual realm, but were in fact able to influence the behavior of US citizens, for example by getting individuals to attend rallies or recruiting others to do so. It’s not a stretch, therefore, to imagine these operations could have influenced votes, especially via suppression of voting among certain demographics.

Finally, although the indictment doesn’t speak to it directly, the Internet Research Agency is a Kremlin-hatched information warfare operation, and its chief financier — identified by name in the indictment as Yevgeny Prigozhin — is a close associate of Vladimir Putin’s whose fortune is based on massive government contracts. In other words, this is a classic Kremlin “grey op,” meaning it’s not official but neither is it complete covert.

Having charged former members of the Trump campaign, and now, having indicted some perpetrators of Kremlin-backed active measures, we can expect Mueller and his team to start exposing the connective tissue between the two.

This is an important demonstration to the American people that we have prosecutable evidence that the Russians actively interfered in our elections through our social media outlets.

The indictments leave open the question about the involvement of Americans, but that is a separate issue. The main issue all Americans must focus on is what the Russians did and how they did it.  We must then move forward actively to prevent the Russians from repeating their actions, or taking new actions, understanding that the threat from Russia is evolving and, as the chief seven intelligence chiefs said, escalating.

The indictment is important beyond speculation about the Trump campaign:  it shows how the United States can use criminal law to defend the integrity of our democracy from Russian (or others’) aggression.

Criminal law is a powerful tool, and just one of the tools available. Sanctions have already been used against the chief funder of the Troll Farm, Yevgeny Prigozhin, and more sanctions could be applied against others responsible for election interference and disinformation, as the Countering America’s Adversaries Through Sanctions Act  (CAATSA) sanctions law calls for (and as some of us recommended just yesterday).

There is more:  the US government, civil society, and (if they choose) social media companies have additional options to combat disinformation, including the activities cited in the indictment.  (Full disclosure:  I am co-author of a forthcoming study about how democracies can defend against disinformation.)

For too long, the United States has underestimated Russian aggression. Perhaps less so now. We have options to deal with it, and we have allies, facing the same threats, eager to work with us.  It’s just a matter of doing it.

Special Counsel Mueller’s decision to bring charges against thirteen Russians and three Russian organizations for interfering in the 2016 presidential election marks a new stage in the Russia election scandal.

For well over a year, US intelligence agencies have insisted that Russian interference was real and would persist in upcoming elections.  Now a careful special counsel and former FBI director has concluded that this is certainly a criminal matter and believes that he can prove it in a court of law.

The charges include some noteworthy specifics. Mueller has indicted Yevgeny Prigozhin who is widely known as “Putin’s chef.”  If his involvement in election interference is proved, it is hard to avoid the notion that the Russian president was pulling the strings.  While intelligence officials have suspected this all along, the indictment raises the profile.

Even more interesting is that the FBI believes that Russian interference was designed to help not just Donald Trump, but Bernie Sanders.  Intellectually, this is easy to understand; in their campaigns,  both Trump and Sanders showed no interest in countering Kremlin aggression in Ukraine or provocations elsewhere.

But the political conversation in the United States has focused on Russian support for Trump.  And the sensitive question of Russian interference in our elections has been, unfortunately, politicized.  We can hope, if not expect, for this latest revelation to lessen the political winds. But we can certainly expect the indictments to further complicate the difficult state of US-Russian relations.

The special counsel’s indictment offers an important glimpse into how Russian elements and the Russian government potentially used various means and methods to undermine the 2016 US election. The charges describe some things we already knew, which have been reinforced by several US intelligence agencies, that Russia did in fact interfere in the 2016 elections. It also reveals new details regarding that interference which we did not know, namely who was involved, what were the means of their involvement and the scope of their work.

This indictment showcases a potential broad-ranging conspiracy involving dozens of actors millions of dollars and a structured, yet sophisticated years long operation to disrupt, interfere and sow discord in the United States. Its aim was to undermine the confidence of the American people in their democratic institutions and sway the election.

The charges also reveal the breadth and scope of Mueller’s investigation, which is not only investigating allegations of US persons involved in colluding with Moscow to impact the election, but also charging those responsible for that interference itself. This latest indictment can help facilitate the special counsel’s ongoing wider investigation as well as the work of other US entities focused on the conspiracy (namely the congressional committees involved in the investigation and the US government itself). Most importantly, it creates information that can better help us understand the Russian government entities that conspired, inspired, and funded the actions to undermine the United States and do damage to its institutions and interests.

This is where the recent indictment is so important, as it should lead the US government to more seriously take steps to punish those ultimately responsible for the 2016 attacks and also take steps to ensure it does not happen again later this year. We can safely assume that there are groups both inside and outside the United States, who are working as we speak in a similar manner to undermine the 2018 US midterm elections as well as elections around the world in countries that the Kremlin finds appropriate to undermine.

Finally, this latest indictment highlights the importance of the special counsel and the need for it to continue to follow an investigatory path that punishes all those involved, both foreigners and Americans, in Russia’s election meddling.

Image: US Special Counsel Robert Mueller (center) left a briefing for members of the US Senate on his investigation of potential collusion between Russia and the Trump campaign on Capitol Hill in Washington on June 21, 2017. (Reuters/Joshua Roberts)