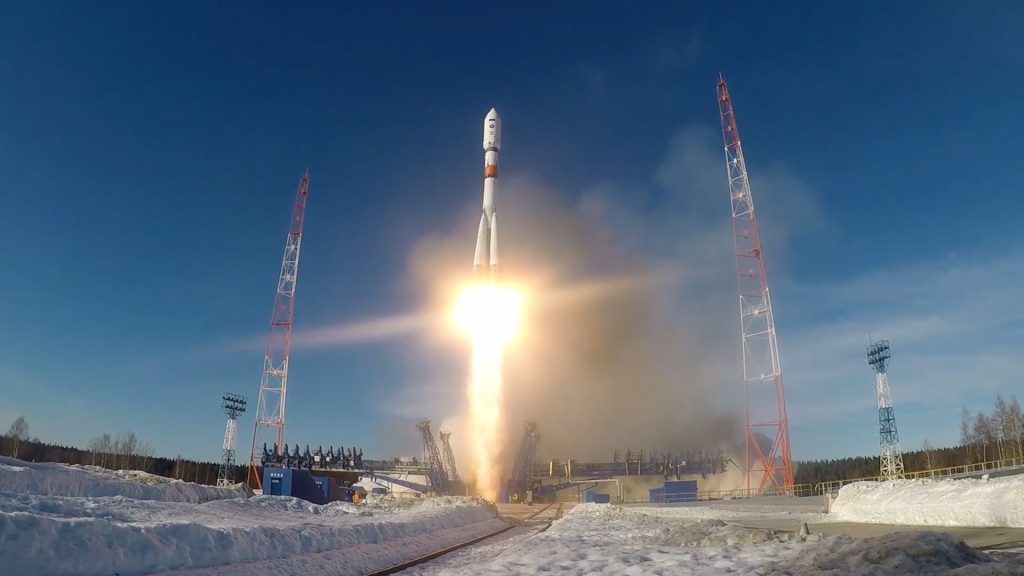 In recent weeks, Russian forces have advanced on Ukraine by land, air, and sea. Understandably, much of the analysis of Moscow’s capabilities has focused on its conventional forces. However, as fierce Ukrainian resistance frustrates Russia’s invading military, it is critical for the West to fully understand a fourth domain where the Kremlin might try to gain superiority through its toolkit of aggression: space. This is particularly vital since space capabilities also enable Moscow’s nuclear infrastructure, which Russian President Vladimir Putin has put on high alert.

Space assets like GPS signals are important for, among other things, Ukrainian unmanned aircraft that could be used to target Russian artillery. It isn’t a stretch to imagine that Russia might try to use space capabilities against Ukraine. Here’s a look at Russia’s possible range of space weapons and how the West can respond, both to blunt attacks and hold Moscow accountable.

Though Russia’s billion-plus-dollar military space program has faced setbacks over the years, it has recently shifted its focus to capabilities that allow it to jam or interfere with other nations’ space assets. Some reports suggest that Russia has already attempted GPS jamming and spoofing—faking geographical coordinates—in Ukraine. This can degrade critical unmanned aircraft operations and weapons use by Ukraine, while concealing Russian troop movements.

For the moment, Russia’s efforts to jam or fake GPS signals appear localized. However, if Moscow escalates its use of these strategies, NATO and private space firms could respond by providing intelligence, telecommunications, or navigation capabilities to Ukraine, like SpaceX sending Starlink internet receivers when traditional internet service was disrupted by Russian forces.

Spy in the sky

Russia’s Repei satellites likely collect intelligence. Moscow has also split one of its military satellites, with the “child” closely tracking a US strategic satellite.

The West has its own space domain awareness infrastructure that it will most likely use to counter any Russian space espionage during the war in Ukraine. The US Space Force recently launched two Geosynchronous Situational Awareness Program satellites to augment an existing constellation of satellites that track man-made objects in space.

What if things get more heated in space? In November, Russia demonstrated its counterspace capabilities by destroying one of its own satellites in what is known as a direct-ascent anti-satellite (ASAT) test. Depending on Russia’s evolving political and military objectives, it could escalate the war by using an ASAT to create fields of space debris that would interfere with Ukraine’s satellite capabilities or commercial satellite imagery providers.

Unfortunately, the 1967 Outer Space Treaty that outlines what a nation can and cannot do in space is so ambiguous in its wording that Russia’s ASAT test last year does not clearly constitute an enforceable violation, even though it left significant space junk.

Russia isn’t likely to use ASAT capabilities in the current war unless it perceives an existential threat. In the future, however, the US Space Force is investing in the private sector to develop the ability to remove space debris deliberately created by a nation like Russia. This would show that the United States can mitigate Russia’s ASAT capability. A longer-term imperative is to fully appreciate Russia’s abilities to kinetically attack space-based strategic assets and develop credible solutions to mitigate that threat.

Ukraine’s strong space sector could also serve as an attractive prize for the Kremlin, should Russia consolidate its control over specific parts of its neighbor’s territory. The twenty state-run corporations in Ukraine’s “space cluster”—the area around Dnipro, Kharkiv, and Kyiv—are particularly mouth-watering options for Moscow.

The Russians may want to leverage Ukrainian space research and development for their own strategic interests. This would be akin to Microsoft’s acquisition of Activision Blizzard to out-compete Facebook in the metaverse.

In the face of immense economic pressure because of sanctions by the United States and its allies, Russia might feel incentivized to seize Ukraine’s engineering and aerospace infrastructure to help scale Moscow’s space ambitions.

The crippling sanctions that have already been imposed on Russia include blocks on high-tech imports for its space program. However, the West should consider even more financial sanctions that could strain their economy further as the war grinds on to deter Russia from further expanding its aggression into the space domain, which is also critical for Moscow’s nuclear forces. Russian early-warning satellites can monitor objects at low-earth orbit and provide launch data to command-and-control centers.

While in theory, Russia could also attack NATO’s space assets apart from Ukraine’s, that would likely force the Alliance to invoke its Article V mutual-defense pact, as member nations agreed at their 2021 Brussels summit. It is reasonable to assume that Russia will think twice before triggering such a scenario.

In the immediate future, GPS jamming and spoofing by Russia are likely to emerge as the biggest space-related challenges for Ukraine. During this period of uncertainty, it is in the best interests of the United States, Ukraine, and their partners to fully understand the capacity of Russia’s space assets, how it might use them, and how Moscow can be held accountable if it does cross a line.

US Space Command chief General James Dickinson has established preparing for future conflict or crisis as a top priority. The United States must be ready if Russia decides to take its aggression against Ukraine beyond our atmosphere.

Lt. Col. Christopher P. Mulder, USAF, was the 2020-21 senior US Air Force fellow at the Atlantic Council’s Scowcroft Center for Strategy and Security. He is a graduate of the United States Air Force Academy, an Air Force pilot, and engaged in national security and leadership topics. He co-authored The Future of Security in Space: A Thirty-Year US Strategy. The views and opinions expressed here are those of the author and do not necessarily reflect the official policy or position of any agency of the US government or other organization.

Image: Russia launched the Meridian-M satellite onboard a Soyuz 2.1a rocket from the Plesetsk Cosmodrome in Mirny, Arkhangelsk Oblast, Russia on Tuesday March 22, 2022. The pro-war symbol Z is seen smeared below the Russian flag on top of the rocket. 'The pride of Russia, the Soyuz-2.1a launch vehicle with a symbol of support for our guys Z went to the stars,' the Russian ministry of defense writes a statement. While the Meridian-M network does provide support for the Russian military, it is not known if the timing of this launch is related to the current war in Ukraine. The deployment of the Meridian-M constellation has been underway since 2019, and the overall Meridian network since 2006. (Photo by EYEPRESS Images via Reuters.)