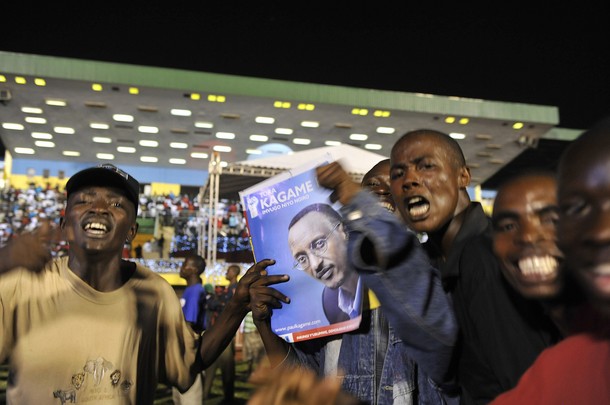 It has been little more than a week since incumbent Paul Kagame won Rwanda’s August 9 presidential election with 93% of the vote. It was not a vote for an open, Western style democracy but rather one for continued security and stability, which, not surprisingly, are highly valued by Rwandans since the 1994 genocide. The reaction from officials in Washington and the American media has lacked nuance and a historical perspective.

A statement after the election from the White House pointedly refrained from congratulating the victor. It went on to express concern about ”a series of disturbing events prior to the election, including the suspension of two newspapers, the expulsion of a human rights researcher, the barring of two opposition parties from taking part in the election, and the arrest of journalists.“

This, broadly speaking has been the line adopted by a substantial portion of the American press:  That President Kagame, though a victor, is an authoritarian who has bet his country’s long term stability and prosperity on a technocratic push while limiting political freedoms to try and transform this part of Central Africa into a Singapore-like economic success.  His regime’s bid though – at least according to the White House – may come to a rocky end.

The statement from Obama’s National Security Council goes on to note that despite the enduring security and reconciliation challenges that persist since the genocide, stability and prosperity will be difficult to sustain without ”broad political debate and open political participation.”

It is this combination of positions – acknowledging the difficulty of recovering from genocide and the standard pro-democracy line from United States – that reflects a White House and an American commentariat that wants to have their cake and eat it too.

History matters, particularly the history of elections in Rwanda in which the victories by the incumbent have always been overwhelming in percentage terms. What matters though, ultimately, is not the margin of victory but instead the politics that it represents: what it signals about the political ideology in power at the moment of victory.  It is this ideological question that in Rwandan terms will guarantee or endanger the long term peace.

The first elections in Rwanda were in late September 1961, the year before the country attained independence from Belgium.  These legislative elections and a referendum on abolishing the monarchy were dominated by a movement that had arisen from the popular (and violent) unseating of the Tutsi king in 1959.  Its name was synonymous with its ideological leanings and political ambitions: Parti du mouvement de l’émancipation des Bahutu (Party of the Hutu Emancipation Movement or PARMEHUTU). A week after these elections, widespread attacks were conducted around the country against Tutsis and Hutu supporters of the monarchy in response to an attack by a ragtag group of Rwandans who had been ejected from the country in 1959 and now sought to return by force of arms.

PARMEHUTU was led by Grégoire Kayibanda. He won presidential office with an overwhelming victory in 1962 shortly after independence. His politics were a simple follow-on from the colonial policy of racial division (in those days the two groups were referred to as races rather than as ethnicities).  Every attack by rebels through the 1960s was followed by a reprisal against Tutsi civilians. The logic that would result in the 1994 genocide was set in motion literally at the birth of Rwanda as a republic.

Kayibanda would be reelected by large majorities in 1965 and 1969.  To him and his clique, the Tutsis were handy scapegoats in his maintenance of power.  Any threat to his authority was framed as a Tutsi plot and was soon followed by reprisal attacks intended to divert the attention of the majority.  There was a systematic drive to marginalize Tutsis from positions of authority.  His rule would end a decade after he took office.

Following youth and student unrest in 1972-73, when large numbers of Hutus were massacred by a Tutsi-dominated army in Burundi, Kayibanda was overthrown and killed by the country’s first ruler from the military, Major General Juvénal Habyarimana.  Promising to restore order, he banned all parties and made Rwanda a single-party state.

He would remain in power for two decades, holding sham elections in which he won close to a 100% of the vote.  He continued the institutionalization of a racist politics that enforced quotas against Tutsis in government policy and denied them any form of real democratic voice.  Like Kayibanda before him, the Tutsi in the country were a convenient scapegoat to be violently repressed whenever he was threatened from without by the refugees of the 1960s.  His rule was based on Hutu Power, the very same philosophy that underlay the genocide whose beginning was sparked or signaled by his assassination in April 1994.

In short, the election cycles in Rwanda prior to the present dispensation have been marked by a violent scapegoating of the Tutsi, and by the assumption that racial or ethnic majorities automatically deserved to be electoral majorities.  This means that Rwandan democratic choice since the late 1950s has been based on a politics whose ideas were so potently eliminationist that they produced the massacres of 1994.  This is a far cry from the ruling ethos of the present government, and in this lies the crucial difference between President Kagame and his predecessors.

There is of course much to be debated on the democratic path Rwanda should follow.  But the more difficult question is on what path it can follow given its tragic history.  This should be carefully noted in the White House and elsewhere for what is certain is that the foundations of Rwandan democracy are a politics of racial exclusivity and violence.  It is not a stretch to go as far as to argue that the violence-ridden early 1990s were the most open democratic space Rwanda had until then experienced for a half century.  Today’s cheerleaders for Rwandan democracy should be careful to add nuance and a historical awareness to their advocacy. And not merely to take stands on a one-size-fits all prescription that has left hundreds of thousands dead.

Dr. Martin Kimani is Deputy Director of the Ansari Africa Center at the Atlantic Council. He is also an Associate Fellow at the Conflict, Security and Development Group at King’s College London where he wrote his doctorate on the role of religion and race in the 1994 Rwandan genocide. Photo credit: Getty.