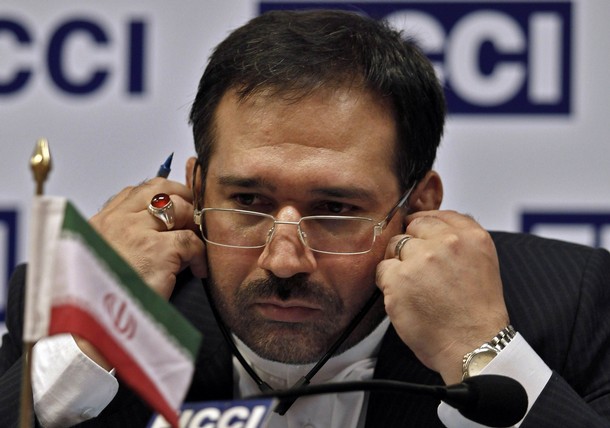 When President Obama signed into law tough, new legislative sanctions against Iran last week, he capped a month of new measures against that country’s nuclear program. Earlier in June, the Obama administration achieved a new round of U.N. Security Council sanctions, and the European Union declared plans to adopt additional sanctions in July. This activity, the culmination of months of political and diplomatic negotiations, is welcome. Absent a broader and more robust strategy, however, sanctions alone will prove inadequate to halt Iran’s pursuit of nuclear weapons.

Congress’s Comprehensive Iran Sanctions, Accountability, and Divestment Act targets companies that sell, transport and insure gasoline to Iran, as well as financial institutions with ties to Iran’s nuclear program. We agree that ratcheting up pressure on Iran through all means available is essential. And yet, as CIA Director Leon Panetta recently conceded, these measures alone "probably" won’t be enough to thwart Iranian nuclear ambitions.

Similarly, even many supporters of the new U.S. law acknowledge that without multilateral participation and enforcement, Iran will continue to evade many of these new U.S. restrictions and acquire gasoline, albeit at higher cost, from suppliers and middlemen beyond the reach of U.S. law. Indeed, the U.N. sanctions do not prohibit selling Iran gasoline.

Even if they could put enough pressure on Iran to force a policy change, sanctions require time to take effect. Yet as Iran’s stockpile of enriched uranium grows, the time for stopping its nuclear program rapidly dwindles. As we wrote in our just-released Bipartisan Policy Center report on Iran, two scenarios become increasingly likely in the coming months:

First, current trends suggest that Iran could achieve nuclear weapons capability before the end of this year, posing a strategically untenable threat to the United States. Contrary to a growing number of voices in Washington, we do not believe a nuclear weapons-capable Iran could be contained. Instead, it would set off a proliferation cascade across the Middle East, and Iran would gain the ability to transfer nuclear materials to its terrorist allies. Meanwhile, even as it continued to threaten Israel’s existence, Tehran would be able to dominate the energy-rich Persian Gulf, intensify its attempts to destabilize moderate Arab regimes, subvert U.S. efforts in Iraq and Afghanistan, violently oppose the Middle East peace process, and increase support for terrorism across the region.

An Iran emboldened by nuclear weapons clearly might overstep its boundaries, pulling the Middle East and the United States into a treacherous conflict.

An even more likely scenario, however, is that Israel would first attack Iranian nuclear facilities, triggering retaliatory strikes by Iran and its terrorist proxies. This would put the United States in an extremely difficult position. If we remained neutral in such a conflict, it would only invigorate Tehran, antagonize our regional allies and lead to greater conflict. On the other extreme, the United States could be dragged into a major confrontation at a time not of its choosing.

With sanctions unlikely to be sufficient, a nuclear Iran strategically untenable and an Israeli strike extremely risky, we support a triple-track strategy that involves the simultaneous pursuit of diplomacy; sanctions; and visible, credible military readiness activity. This strategy is consistent with President Obama’s 2009 pledge at Camp Lejeune, N.C., "to use all elements of American power to prevent Iran from developing a nuclear weapon."

We cannot afford to wait indefinitely to determine the effectiveness of diplomacy and sanctions. Sanctions can be effective only if coupled with open preparation for the military option as a last resort. Indeed, publicly playing down potential military options has weakened our leverage with Tehran, making a peaceful resolution less likely.

Instead, the administration needs to expand its approach and make clear to the Iranian regime and the American people: If diplomatic and economic pressures do not compel Iran to terminate its nuclear program, the U.S. military has the capability and is prepared to launch an effective, targeted strike on Tehran’s nuclear and supporting military facilities.

Many who condemned the Bush administration’s lack of transparency before the invasion of Iraq today discourage public discussion of military options concerning Iran. But we cannot afford to shirk this debate or dismiss it as warmongering; it is precisely a public recognition of a viable military option that could preclude its need.

We are not under any illusions: No risk-free solutions exist. Our triple-track strategy does not guarantee complete success. However, the likely alternatives are more alarming, with a perilous conflict involving a nuclear Iran becoming more probable each day. The stakes are too high to rely on sanctions and diplomacy without credibly preparing for a potential military strike as well. We cannot fall prey to the inertia of resignation. Bold U.S. leadership is required.

General Charles "Chuck" F. Wald is a Director on the Atlantic Council Board. He is the former Deputy Commander of United States European Command, as well as a retired general and who was air commander in the initial stages of Operation Enduring Freedom. Charles S. Robb is a former Democratic senator from Virginia. Wald and Robb are co-authors of the Bipartisan Policy Center report "Meeting the Challenge: When Time Runs Out." This article was first published by the Washington Post. Photo credit: Reuters Pictures.