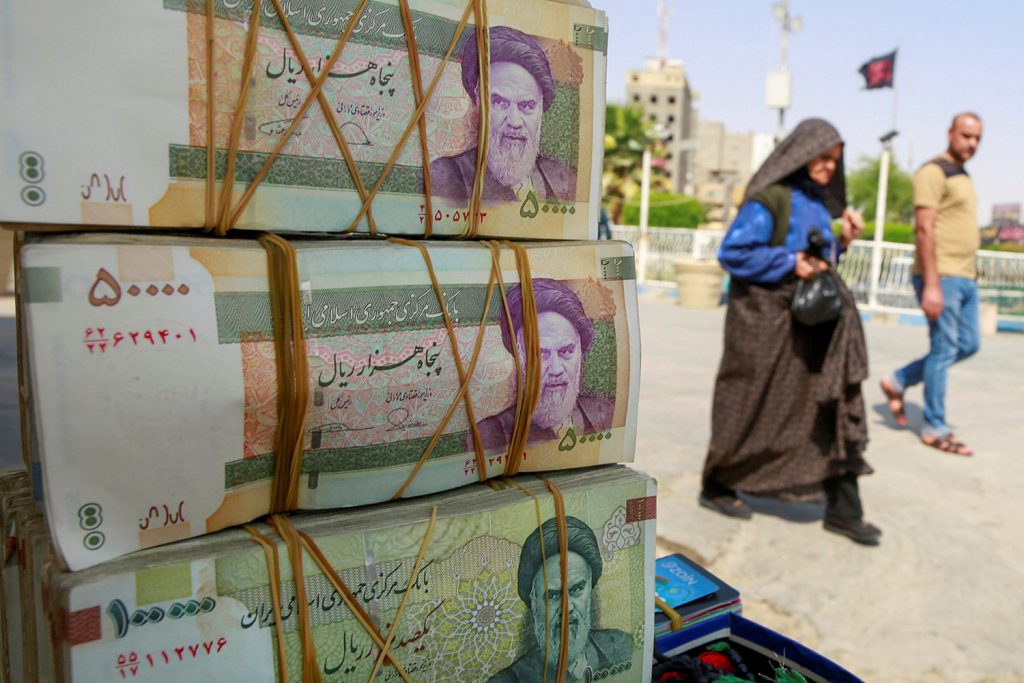 Congresswoman Ilhan Omar (D-MN) recently penned an op-ed criticizing the use of sanctions, especially by the Trump administration, as a reflexive policy response to every national security crisis, citing the short-lived sanctions against Turkey as an example of the overuse of the tool. She is absolutely right that threatening massive sanctions to confront Turkey was a misuse of the tool, a bad effort to mitigate the damage caused by US President Donald J. Trump’s ill-advised green light to Turkish President Recep Tayyip Erdoğan to invade Syria, as I’ve written too. She is also spot on that sanctions are not a one-size fits all solution to the United States’ problems. But her critique of sanctions as a failed tool in the foreign policy playbook misses the mark.

Sanctions are a critical tool of foreign policy available to US policymakers in the administration and in Congress, as they provide more leverage than is available in traditional diplomatic negotiations without the many downsides of military action. Omar cites research showing that sanctions are ineffective, but much of the literature evaluating sanctions success asks too much of the tool before deeming its use successful: sanctions cannot by themselves cause their target to surrender and certainly not overnight.

They can, however, shift the context in which the target makes decisions. Over time, sanctions can work, when combined with broader diplomatic and political efforts (e.g., sanctions brought Iran to the negotiating table and contributed to Soviet leader Mikhail Gorbachev’s determination to ease his country’s isolation). Omar herself lauds the Global Magnitsky sanctions on human rights abuses and corrupt actors, and the boycott campaign against apartheid South Africa as sanctions successes. The former is a good tool and a noble idea that as of yet lacks demonstrated success in changing behavior, while the latter was a UN-led sanctions regime that only succeeded after almost twenty years of multilateral sanctions buoyed by a changing internal political dynamic and intense diplomatic pressure. Her dual condemnation of and praise for sanctions makes it difficult to tease out her exact argument with sanctions.

To work, as I have argued, sanctions must be used judiciously and only as part of a comprehensive and executable strategy to achieve US foreign policy and national security goals. Omar criticizes this administration for failing to articulate and stick to a comprehensive and executable policy outcome when resorting to sanctions. Instead, sanctions under Trump have become the end rather than the means, a tool used in place of a coherent and executable policy and a symbol of resolve rather than an effective means to an identifiable objective. When steely resolve is the primary driver, there is little room for granting any concession to the target, even if those concessions are good policy, like exporting food and medicine. Sloppiness in execution, another consistent policy failing of this administration, exacerbates those problems.

Omar rightly takes issue with the Trump administration’s near-sole focus on maximum pressure, or impact, of Iran, Cuba, and Venezuela sanctions without consideration for the negative impacts broad sanctions can have on a population. The Trump administration has in some cases done more harm to local populations than good in depriving bad regimes of resources, whether by imposing unnecessary, if legally supportable, terrorism sanctions on the Central Bank of Iran or re-imposing strict limits on family remittances to Cuba. Venezuela is a more complicated analysis. The aggressive sanctions deployed against the Nicolas Maduro regime certainly weakened it in the short-term, but the sanctions were so sweeping that they worsened an already critical humanitarian situation—one brought on by the regime’s mismanagement—once the initial push to oust Maduro failed and Trump turned his attention elsewhere.

The Trump administration’s failings on humanitarian aspects of sanctions, however, should not impugn the use of broad-based sanctions, nor are sanctions incompatible with human rights priorities. Congress itself passed the Trade Sanctions Reform and Export Enhancement Act of 2000 in part to require the facilitation of humanitarian trade in jurisdictional sanctions programs, and the George W. Bush and Obama administrations had implemented the law faithfully. The Trump administration’s policies—in this case of discouraging even legitimately authorized humanitarian trade over the mere potential for misappropriation inside Iran—is the problem, not the sanctions themselves.

Rather than throw out the tool, sanctions should be applied with more discipline and only as part of a strong diplomatic effort. In addition, there are important reforms that Congress is considering to the underlying statute for most sanctions programs, the International Emergency Economic Powers Act, in the wake of perceived overuse and misuse of sanctions threats. The Government Accountability Office recently reported on the lack of internal US government assessments on the success of sanctions, a combination of lack of human capital and difficulty in assessing policy outcomes, and Congress has chafed in recent years at not being more involved in the sanctions process. It is clear that the US government should devote more resources to assessing sanctions and wargaming before their future use. Congress also should have a more active oversight role, rather than the rubber stamp process that governs renewing US sanctions programs on a yearly basis. Better understanding of success, planning for future use, and oversight of the sanctions tool will promote more effective policy and more effective sanctions in the future.

Irrespective of their current misuse and flaws in the system, sanctions still have an important role to play. In the hands of an administration that used them more carefully to avoid undue harm to local populations, they still would be a key component of combatting Iranian malign behavior, depriving Maduro of funds he uses as patronage to maintain his base of power, and targeting the human rights abuses and anti-democratic leanings of the Cuban government.

Sanctions today, though, are a tool used too often and in almost near-isolation by an administration that would prefer to govern via fiat rather than do the hard work necessary to make change on the international stage and by a Congress that seemingly can agree on little other than sanctions. Assertions that sanctions are a failure, however, ignore their utility and overstate their downsides. Better implementation and better policy are the answers, not discontinued use.

Trump vs Erdoğan: It’s hard to bluff when your cards are on the table

It is hard to take seriously threats by the US government to ruin the Turkish economy when Trump himself gave this green light in the first place. Under such circumstances, sanctions have almost no chance of succeeding in putting this genie back in the bottle.