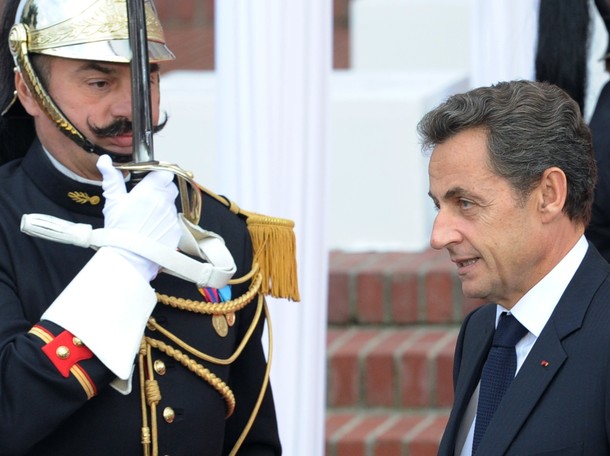 2010 has been a brutal year for French President Nicolas Sarkozy. His UMP party suffered a major setback in regional elections in March. His budget minister has been at the center of a series of murky scandals involving the heiress of the L’Oréal fortune.  And his approval ratings have fallen to 30 percent, the lowest levels of his presidency.

Meanwhile, Sarkozy wasted important political capital fighting France’s “culture wars.” In his push to ban the burqa and dismantle illegal gypsy settlements in France and send their residents back to Romania, Sarkozy created unnecessary controversy and attracted bad press in Europe and throughout the world. His tacit support at home disappeared when the average French citizen sensed that their president’s hard line policies and tough law-and-order stance were undermining their country’s reputation in the world.

Somewhere along the way, Sarkozy forgot that he was not given the keys to the Elysee Palace to ban the burqa or dismantle gypsy camps. He was elected to reform and modernize France.

Sarkozy’s proposed reform of France’s excessively generous pension scheme is exactly what the country needs to control its ballooning deficits. In what is a landmark reform of his presidency, Sarkozy’s government is pushing legislation that would delay the minimum and full age of retirement to 62 and 67 years of age, respectively.

In proposing that the average Frenchman work more, and not less, Sarkozy has invited a major showdown with France’s highly privileged functionnaires, unionized public sector employees who seek to block seemingly every reform proposed through crippling strikes and protests. The last couple of weeks have seen regular strikes by railroad workers, dock workers, public school teachers, and most recently, oil refinery workers, causing minor panic that gas pumps could run dry across France. The unions and Sarkozy’s political opponents on the left raised the stakes further by calling on students to join in the protests, a tactic that sends shivers down the spines of those on the right who remember the debilitating worker-student alliance against General de Gaulle in May 1968.

This week promises to be decisive in the battle between the government and the opposition. Major strikes and protests are planned for Monday and Tuesday, in advance of a vote in the French Senate that would clear the path for the government to make its pension reform the law of the land.

Even if the law passes the Senate as expected and becomes law, it would still not necessarily be “game over.” The unions and students could continue their protests in an attempt to force the government to repeal the law and restart negotiations. In 2006, Dominique de Villepin, then Prime Minister of France, was forced to repeal a law meant to increase worker flexibility among French youth, after students and unions continued massive protests and strikes that finally forced the government’s hand.

Despite the pressure from the street this time around, Sarkozy must not back down if he is to save his presidency and preserve the fiscal future of France and its generous welfare state. Absent Sarkzoy’s reforms, France faces a projected 103 billion Euro deficit by 2050.

A retreat by the government would worsen Paris’ credibility in the bond markets, likely costing France its AAA rating on its public debt, raising the cost of future public borrowing. Failure by the government would further embolden the unions not only in France, but all across Europe that stand in the way of structural reforms that are absolutely vital if Europe is to control its deficits and remain competitive in the world economy.

After flailing around for much of 2010 with needless battles on social matters, Sarkozy has finally found a cause worth fighting for. In fishing for votes on the far right by talking tough on the burqa and immigration, Sarkozy neglected the silent majority that gave him their votes to deliver much-needed reforms to France. Sarkozy should take note of the large protests and strikes that are sure to make life difficult in France this week, but he should not be intimidated or lose his nerve. By holding the line and seeing through an essential reform, he can win back the UMP’s center-right base and regain the political momentum with the clock counting down to the 2012 Presidential elections.