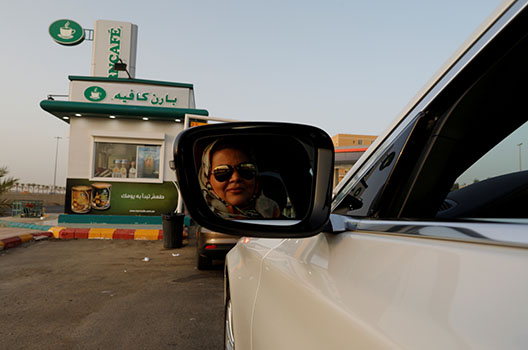 On June 4, Saudi Arabia issued driver’s licenses to ten women for the first times in their lives. This followed a repeal—announced by royal decree last September—of the female driving ban, which officially ended on June 24. In what is one among a number of ambitious socioeconomic reforms driven by Saudi Crown Prince Mohammad bin Salman (MBS), women in the Saudi Arabia can now obtain a license and drive without the presence of a male guardian.

Saudi Arabia is the only country in the world—Muslim or otherwise—that banned women from driving. The driving ban is rooted in the history of the Saudi state. The Kingdom of Saudi Arabia was founded upon the ideals of Wahhabism, a fundamentalist sect of Sunni Islam. Most Saudi laws are derived from this interpretation of Islam, which places an emphasis on male guardianship of women. Followers of Wahhabism say that Islam is a religion that offers protection to women. Critics find that interpretation incredible. The majority of Muslims disagree with the conventions upheld in the kingdom.

Saudi Arabia was not always so strict. After the 1979 Islamic Revolution in Iran, conservative Islamic movements gained traction in Saudi Arabia, threatening stability and questioning the legitimacy of its rulers. In response, the kingdom veered toward ultraconservatism. Movie theaters, music, and other entertainment were banned and the religious police were empowered. Initially, the ban on women driving was customary, but it was formalized in a 1990 fatwa in response to a convoy of women driving in the capital Riyadh to protest the informal driving restrictions.

Lifting the driving ban is just one of many reforms aimed at addressing a central challenge facing the kingdom—how to revitalize its oil-dependent economy and mobilize its workers. Saudi Arabia relies on oil revenue to maintain its social contract with its citizens, specially to ensure minimal direct taxation. The crown prince understands that to stabilize the economy and encourage growth, the Saudi economy must diversify and the size of the workforce must be increased, especially by encouraging women to participate.

Accordingly, the crown prince released the Vision 2030 plan in 2016 as a roadmap for sweeping reforms, including increasing women’s participation in the workforce from 22 percent to 30 percent. Women can now join the military, Shariah courts, the intelligence service, and work as taxi drivers.

The driving ban has long been a barrier for women to work due to the costs of transportation. An estimated 800,000 men work as drivers for Saudi women, most from Southeast Asia, costing around $5.1 billion a year. More recently, ridesharing applications Careem and Uber have offered cheaper alternatives to private drivers. The lack of public transit, however, continues to place a significant financial burden on women.

While the immediate economic impact of the driving ban repeal is projected to be modest, foreign investors’ confidence in the kingdom’s economy will certainly rise as the economy grows.

The reversal of the driving ban is long overdue. There have been numerous protests leading up to this historic moment, in which activists employed a number of tactics to gain attention, despite the Saudi government’s history of harsh crackdowns.

While members of the royal family tend to avoid public statements on controversial matters, Princess Hayfa bint Abdullah Al Saud, a cousin of the crown prince, recently graced the cover of Vogue Arabia in a car. The cover was released around the same time that seventeen activists were arrested and labeled as traitors, including well-known activist Loujain al-Hathloul. The juxtaposition of a princess on the cover of Vogue with the arrests of activists who have worked for years to reverse the ban is not lost on the international community. The kingdom has not loosened its restrictions on dissent, but is enacting reforms on the terms of those in power.

Saudi Arabia today is not the kingdom it was thirty years ago. Close to 70 percent its population is under thirty years old. Saudi Arabia has a high rate of social media participation, one of the highest per capita in the region, and tens of thousands of Saudis go abroad to pursue higher education. With increasing global interconnectedness brought on by technology, Saudi culture has started to shift, and many Saudis have been waiting for change.

But social reform has not been without its critics. In fact, some of the most powerful groups in Saudi Arabia are vehemently opposed to the crown prince’s policies and will be great barriers to change. The crown prince will need to defuse conservative elite opposition to enact reforms—no small task.

Reversing the ban on driving may appear to be a small step, but it opens the kingdom to further, if gradual, gender de-segregation and signals that greater social and economic change is imminent.

Saudi Arabia is at a pivotal moment, with a dynamic crown prince hoping to create a modern kingdom adapted for the future. The 1980s ban on movie theaters was reversed this past month with the opening of “Black Panther” in Riyadh. An expansive public transit system in Riyadh, costing $10 billion, is currently under construction. Plans are in the works for a megacity on the Red Sea that will run on 100 percent renewable energy. The power of the religious police is now severely degraded. These changes are likely to improve the lives of Saudi women, who will now be able to more actively participate in the Saudi public and professional sphere.

The kingdom is pursuing bold initiatives both domestically and internationally, working to overcome those who dislike change. The reversal of the driving ban will expand autonomy for Saudi women and allow them greater independence. As the country slowly becomes more integrated, women’s greater participation in the economy and public life, if not necessarily politics, will become the new normal. There is more change in store for the kingdom.

Phoebe Amend is an intern with the Middle East Security Initiative in the Atlantic Council’s Scowcroft Center for Strategy and Security.