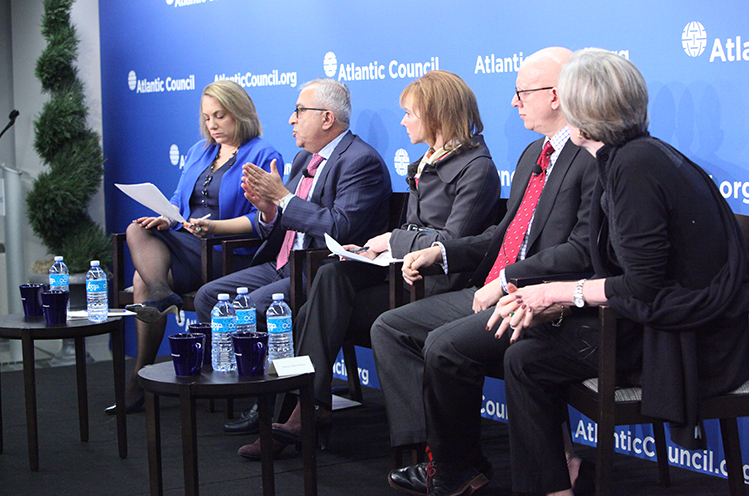 The regional rivalry between Saudi Arabia and Iran—the two main producers in a global oil cartel—has become a significant factor behind the sharp decline in oil prices that has also kept rates at historic lows.

Saudi Arabia and other Gulf oil-producing countries have watched with growing trepidation as Iran declared its intention to ramp up oil production once free of the restrictions imposed by international sanctions. Those sanctions, related to Iran’s nuclear program, are being stripped away under the terms of a nuclear deal the Islamic Republic reached with the P5+1 countries—the United States, the United Kingdom, Russia, China, France, and Germany—in July of 2015.

Saudi Arabia is uncertain about what the nuclear deal will mean for Iranian oil policy, said Raad Alkadiri, Managing Director of Petroleum Sector Risk at IHS Energy. This uncertainty, coupled with the Sunni kingdom and Shia Islamic Republic taking opposing sides in conflicts in Syria, Iraq, and Yemen, has contributed to a reluctance to arrest the fall of oil prices.

Tensions between Riyadh and Tehran reached a high point when Saudi Arabia cut off diplomatic ties with Iran in January after an Iranian mob, angry over the execution of a Shia cleric, attacked the Saudi Embassy.

“The Saudis and other key Gulf states are unwilling to respond despite very low prices in part because of uncertainty about where Iran is going to go with its production, but also to ensure that the Iranians don’t get a financial windfall that would come from rising prices,” said Alkadiri.

“In a sense, it is putting a fiscal squeeze on Iran…and that, probably more than anything else right now, is what is sustaining the very low price as opposed to seeing OPEC respond and react in a way that we would associate more traditionally with the organization,” he added. Alkadiri was referring to the Organization of the Petroleum Exporting Countries (OPEC).

Alkadiri spoke in a panel discussion hosted by the Atlantic Council’s Brent Scowcroft Center on International Security and the Global Energy Center. Salam Fayyad, a Distinguished Statesman with the Scowcroft Center; Sherri Goodman, an Atlantic Council Board Director; and Karen Elliott House, a former Publisher of the Wall Street Journal and author of “On Saudi Arabia: Its People, Past, Religion, Fault Lines – and Future” were also part of the panel. Elise Labott, a Global Affairs Correspondent with CNN, moderated the discussion.

“With economies largely pegged to the price of crude oil, the fall in oil prices will likely result in reductions not only across domestic spending for Saudi Arabia and its Gulf neighbors, but major cuts across funds allocated for defense,” Daniel Y. Chiu, Deputy Director of the Scowcroft Center, said in his introductory remarks.

A fall in oil prices will also make it harder for Libya and Iraq to manage their political instability, he added.

A boom in US shale production and a decision by Saudi Arabia to pump oil at full throttle have created a global oil glut. As oil prices have dropped to below $30 a barrel from more than $100 a barrel in June 2014, oil-dependent economies are feeling the pinch.

In an unusual collaboration between OPEC and non-OPEC members, Saudi Arabia, which leads OPEC, and Russia, which is not part of the oil cartel, on February 16 announced a decision to freeze, but not cut, output levels at record January levels in an attempt to stabilize world oil prices. Venezuela and Qatar joined them in this decision.

It is unclear, however, whether the decision to freeze oil production will have the desired effect if other oil-producing nations, especially Iran and Iraq, do not follow suit. Iran’s Oil Minister, Bijan Zanganeh, welcomed the step proposed by the Oil Ministers in Doha, but stopped short of committing Iran to the plan to cut production.

While Iraq has ramped up production, Iran is eager to capitalize on the market share it was shut off from due to international sanctions over its nuclear program. Iran is now looking to raise supply by around one million barrels per day over the next six to twelve months.

“The pain is going to be a lot more manageable” if governments take steps to adjust to the new reality of low oil prices, which is likely to last for a protracted period of time, said Fayyad, a former Prime Minister of the Palestinian Authority.

“The region is going through a very serious and jarring impact of this new reality of low oil prices,” he added.

In Saudi Arabia, for example, the elimination of a large chunk of oil revenue from its budget has forced the government to consider imposing a value-added tax, cutting subsidies, and selling shares of the state-run oil giant, Saudi Aramco. Saudis under the age of 30 make up 70 percent of the kingdom’s population and are particularly suffering the consequences of a depletion of oil wealth.

House, who recently returned from a trip to Saudi Arabia, said the austerity measures introduced to deal with the lower oil revenues have not yet hit anyone very hard.

Will the Saudi regime fold like a house of cards when the oil checks stop coming, Labott asked House.

The social contract in the kingdom was “originally loyalty for stability, then it became loyalty for prosperity, and now it may go back to loyalty for stability or it may crack,” said House. “No one has really yet faced up to the fact that this could go on for a long time. They keep hoping that something will turn up, as it has in the past.”

The Saudis and other oil-exporting countries can weather the storm, said Fayyad.

However, he said, the measures taken so far are modest relative to the enormous scale of the fiscal challenge. The governments need to keep in mind the prospect of a protracted period of low oil prices and undertake credible and significant fiscal reform to convince observers that the oil-dependent countries will be able to make up the loss of revenue.

“It would be a mistake to try to do it by cuts in public expenditure on investment,” Fayyad cautioned. “It would be very, very contractionary. It would disturb the social contract.”

Goodman said a combination of a boom in US shale oil production and a global shift toward cleaner sources of energy means that the “collapse of the post-war Arab state system seems to be on the horizon, and it’s really not a question so much of whether, but when.”

The decline in oil prices had created an “inflection point” in the Middle East, she said.  “We find ourselves in an era of instability…both in the political systems, civil wars and terrorism, states on the verge of failure…and also a region now characterized by instability of oil prices,” she added.

Goodman noted that while the Middle East is flush with oil, it has a scarcity of water. As supplies of fresh water dwindle, this resource will become an important element in the geostrategic equation as states jockey for access, she said.

That is a dire prediction in a region where already wars and political instability threaten to spill across national borders and disrupt oil production in a key producing region.

“The Middle East is going through a transformation that is not just about regimes, it is about the fundamental stability of borders and the nature of how do you contain violence on a massive scale,” said Alkadiri.

“The clear and present danger in the Middle East right now is that these civil wars get out of hand…If you look at the maps and if you look at where oil pipelines are, oil infrastructure, oil production is, it is a scary thought when you start to add up that production,” he added.