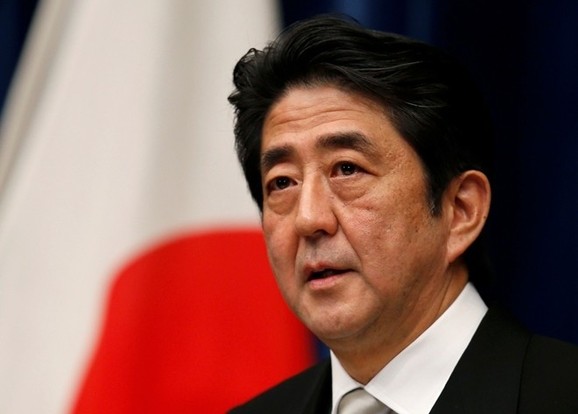 Japanese Prime Minister Shinzo Abe’s trip to key ASEAN states Indonesia, Vietnam and Thailand this week is a sign of the times in East Asia, one of tense Sino-Japanese relations, geopolitical competition, and strategic counterbalancing.

These realities are also underscored by the dispatch this week of senior US officials to South Korea and Japan for consultations by an Obama administration concerned by heightened tensions between Beijing and Tokyo over the territorial disputes in the East China Sea.

Often, the first foreign stop for a new Japanese prime minister is Washington. However, for an Obama administration in transition with a new foreign policy team not yet in office, budget deficit squabbles with congress, and planning for his second inaugural ceremony, scheduling problems proved too difficult.

Instead, Abe’s first trip abroad is to Southeast Asia, part of a larger Japanese diplomatic offensive in the region.

During his previous term as prime minister, Abe’s first trip in the region was to China. However, last week Abe expressed concern about anti-Japanese feelings and actions across China. “The problem is,” said Abe, “that harm is being caused to Japanese companies and Japanese nationals in China who are contributing to the Chinese economy and society.”

Tensions have mounted after Tokyo’s actions in regard to the disputed East China Sea islets and lingering historical memories.

This, in turn, has fueled Japanese nationalism, as I discovered during a recent trip to Tokyo.

Senior officials told me they are considering a reinterpretation of Japan’s Peace Constitution to permit more military activities, increased military spending, and forging closer defense cooperation with the US, ASEAN states and Australia.

Manila is in a heated dispute with Beijing over contested claims over several islets in the Spratly islands (known as the Nansha Islands in China). Manila has expressed apprehension over more assertive Chinese maritime and commercial activities in the South China Sea.

During Kushida’s visit, the Philippines’ Foreign Minister Alberto del Rosario expressed concern over “the possibility that the freedom of navigation would be adversely affected.”

Japanese multinational companies are also relocating some production facilities in China to ASEAN states such as Myanmar or Cambodia.

Regardless, Abe’s Southeast Asia tour reflects growing geopolitical divisions that put East Asia’s $20-trillion economy at risk. China argues that it is responding to Obama’s “rebalancing” toward Asia. Though Washington was preoccupied with two wars in the Middle East, the US never left Asia.

Washington continued to enhance its network of alliances with Japan, South Korea, Australia and partnerships with Singapore and other ASEAN states. The US “pivot” was mainly a greater geopolitical and diplomatic focus on Asia and a modestly enhanced maritime presence along with continuing to enhance its defense relationships.

China’s more assertive approach began in 2008, when the US financial crisis led many to view the US as in decline.

Abe’s tour this week reflects a trend toward counter-balancing in the Indo-Pacific in response to a widespread perception of a more assertive China.

More broadly, the US and China need to move beyond action-reaction to an entente with agreed rules and norms to stabilize the sustained presence of both Washington and Beijing in East Asia.

Robert Manning is a senior fellow of the Brent Scowcroft Center for International Security. He served as a senior counselor from 2001 to 2004 and a member of the US Department of State Policy Planning Staff from 2004 to 2008. This piece first appeared on Global Times.