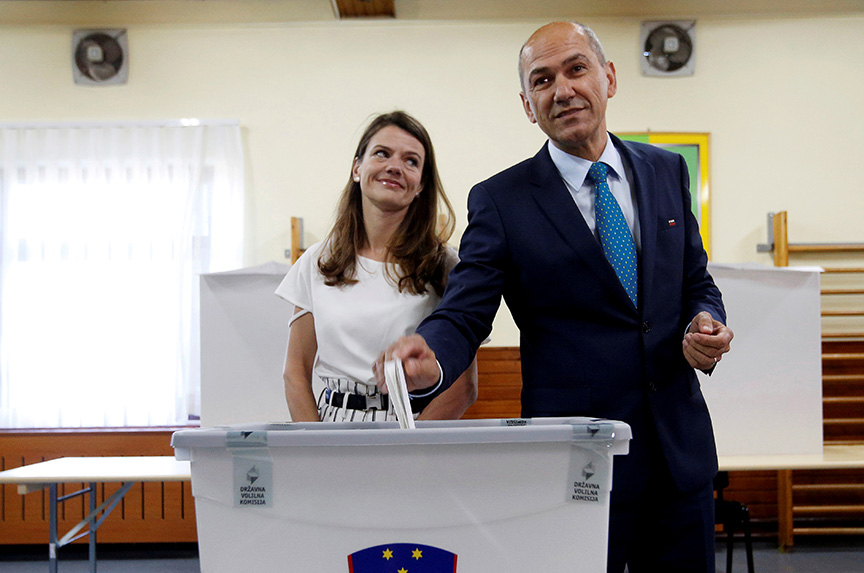 Getting to the bottom of European populism

In the early 1990s, Cologne hotelier Werner Peters would stuff his car full of donated clothes and toys and head south to Slovenia. The ten-hour drive would bring him and his supplies to refugees fleeing war in nearby Bosnia, a conflict engineered by strong man Slobodan Milošević, whose vision for the Balkans was one of Serb-dominated ethno-nationalism.

In those days, communism had been defeated, Russian power was shriveling. Milošević would eventually be routed, too. In February 1991, Saddam Hussein had been ejected from Kuwait by a thirty-five-nation, US-led, United Nations Security Council-blessed coalition. Rules-based order was defended, and liberal democracy was in high fashion. Werner Peters was decent and honorable, but not alone in his kindness. At the time, the Slavic Muslims of Bosnia, the principal target of Serb aggression, won broad sympathy and support.

We have not won wars these past two decades. The financial crisis of 2008 was a shock to the global financial system, and people’s faith in capitalism. Russian revanchism is a reality. So, too, is the fact that mass migration has posed vexing questions about who gets what—and who belongs where.

Take tiny, idyllic Slovenia, the mountainous, largely prosperous country nestled next to Austria and Italy, with remaining borders to Hungary, Croatia, and the Adriatic Sea. It is here that the right-wing populist Slovenian Democratic Party (SDS) secured 25 percent of the national vote in elections on June 3. Whether SDS will be able to form a coalition, or for that matter govern effectively, is in some ways beside the point. Europe’s insurgency carries on. In Slovenia, the List of Marjan Šarec (LMS), another anti-establishment party, finished second with just under 13 percent in the June 3 ballot.

The battle cry of SDS leader and former prime minister Janez Janša? “Slovenians First!”—but of course. But, then, who else should come first? This fairly homogenous and chiefly tranquil nation of two million—short on immigrants and refugees—is home to 83 percent Slovenes, 2 percent Serbs, 2 percent Croats, 1 percent Bosniaks, with the rest unspecified but including apparently a decent number of Italians.

In the Czech Republic recently, I found a situation not dissimilar. For one window on things, I spent an afternoon with Lenka Stepanova, a nineteen-year-old woman who headed up last year a Czech national high school student association.

It turns out, according to Stepanova, many young Czechs are upset about refugees, even though the country has basically none. There is anxiety about immigrants, too, and the perceived threat to “Czech”jobs—in a country where the economy is growing and unemployment is exceptionally low (in March, 3.5 percent). In addition, a growing number of young Czechs apparently think Vaclav Havel—the anti-communist playwright-dissident-turned-president and statesman—was the man who turned their country into “a colony of the Americans.” The strangeness continues. According to one recent poll, roughly a third of young people in the Czech Republic say they would prefer to live in an authoritarian society.

What is happening here?

Across much of the West, voter ties to establishment parties have been loosening; trust in elites and mainstream media has been eroding. Voters for Germany’s right-wing populist Alternative für Deutschland (AfD) have complained to me in conversations and interviews about out-of-touch, condescending elites in Brussels and Berlin. Some of this has to do with what some see as militant LGBTQ campaigning. Others have the feeling that the European Union overreaches in economic regulatory affairs. Then, too, in 2015 Germany took in roughly a million refugees from Muslim-majority countries, mostly from North Africa and the Middle East.

The feeling of loss of control breeds an anxiety which seems by now infectious. Nature, said Spinoza, abhors vacuums.

In Prague, Andrej Babiš, the billionaire prime minister—who happens to own considerable portions of his country’s economy and media—has turned up “to fix things.” In Poland, Slovakia, Austria, and Italy populists of different stripes and backgrounds representing voters with varying grievances and aspirations endeavor to do the same. These are mostly right-wing parties and governments—although there is a right-left dimension to much of this as well. Many of Europe’s new nationalist parties sound far more like Bernie Sanders than Paul Ryan on matters of social spending and government intervention in the economy.

In Slovenia, as elsewhere, there is also ample viciousness. In August 2016, the SDS weekly Demokracija published an article calling Hungarian-born investor and philanthropist George Soros “one of the most depraved and dangerous people of our time,” responsible for “the invasion of the negroid and Semitic hordes.”

Yet every time one thinks there is a handle for all this, things get slippery.

Back in Cologne, Werner Peters, the hotelier who moonlights as public intellectual and author—his latest book is titled Generosity—is as empathic as ever. He laments tendencies away from tolerance and pluralism. He has also come to oppose the euro, Europe’s single currency, as an unfair, opaque wealth transfer from north to south. Peters has also turned against multiculturalism. The case of two German soccer stars of Turkish origin fawning this summer over Turkey’s authoritarian leader Recep Tayyip Erdoğan was jarring for many Germans. Over a recent dinner in Cologne, Peters was livid as he recounted to me how one of the soccer luminaries actually referred to Erdoğan as “my president”; both the young men had been born and raised in Germany.

Which is a long way of saying, perhaps the tribal moment has just begun—and in more ways than one.

Image: Janez Janša, leader of the Slovenian Democratic Party (SDS), and his wife, Urska, cast their votes at a polling station during the general election in Velenje, Slovenia, on June 3. With 25 percent of the vote, the populist SDS was the top vote-getter. (Reuters/Borut Zivulovic)