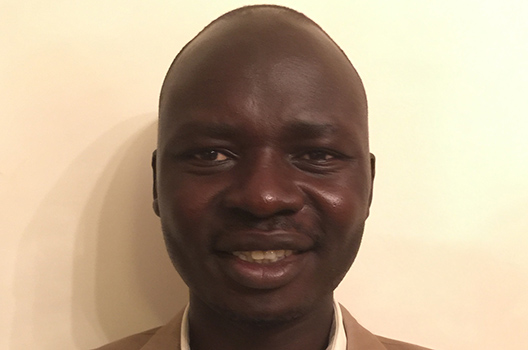 Peter Biar Ajak, an alumnus of the Atlantic Council's Millennium Fellowship, was arrested in Juba, South Sudan on July 28, 2018.

We urge the government of South Sudan to end the arbitrary detention of Peter Biar Ajak, an alumnus of the Atlantic Council Millennium Fellowship, who was arrested in Juba July 28, 2018.

The Millennium Fellowship is the Atlantic Council’s premier program for young leaders. Peter joined the extended Atlantic Council family upon his selection as a Millennium Fellow. He is the Founder and former Director of the Center for Strategic Analyses and Research, a policy think tank based in Juba, South Sudan. Peter is one of over 4,000 Sudanese “Lost Boys,” who came to the United States in 2001.

We urge that Peter’s rights be respected, his safety assured while in custody, and that he be released immediately.

Peter is one of many people to be arbitrarily detained in recent years in South Sudan. Too often, these cases go unnoticed and no one is held accountable.

We call on our community to raise awareness using the hashtag #FreePeterBiar so this injustice does not continue to go unnoticed.