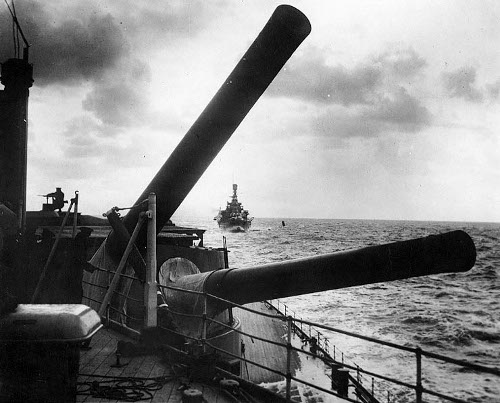 Dawn. 24 May, 2011. North Sea. Seventy years ago to the hour a fifteen inch (38cm) shell from the German fast battleship KM Bismarck entered above the aft main magazine of the British battlecruiser HMS Hood – the ‘mighty Hood’. The ensuing explosion had the force of a small atomic weapon and the Hood broke into three parts, whilst 300 feet (100 metres) of the hull simply disintegrated. Within a minute 1418 men were gone as the Hood sank into the icy wastes of the Denmark Strait between Iceland and Greenland. 3 survived.

Three days later at 0800 hours the Hood’s assailant capsized and sank taking with her 1995 of her 2200 strong crew. Hunted down by the Royal Navy, crippled by British carrier-based air power and then despatched by two battleships, HMS King George V and HMS Rodney, the pride of the Kriegsmarine had not even lasted one operation. Within three days some 3400 Europeans had been killed.

Sitting here in the embrace of a cold dawn on a North Sea ferry I am reminded of the sacrifice of both crews. What a way to go. I am also reminded of the lessons that we Europeans must today draw on this tragic anniversary and which I fear we are not.

The Hood was an un-modernised British battlecruiser of 1919 vintage that was no match for the Bismarck. Her destruction was sorry testament to what happens when technology is over-reached by strategy. The Bismarck was an ultra-modern 1941 battleship. She combined speed, armour and firepower. However, her fate was sealed because technology alone cannot atone for bad strategy.

We Europeans should heed the lessons from our military history. After all, we have had enough practice.