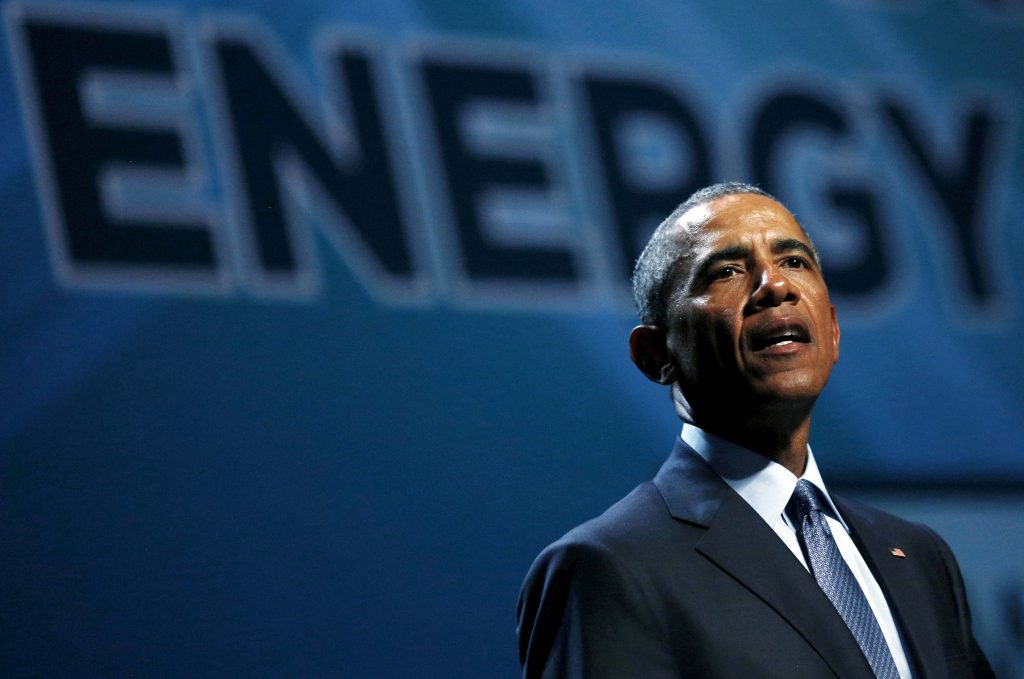 After a year of posturing and polarization, President Barack Obama and Congress have agreed on measures that will strategically alter and enhance the US energy system and global energy security.

Winston Churchill’s supposed adage that Americans always do the right thing, after exhausting all the alternatives, was never truer. The key measures that have set us on course to a common sense energy policy are extensions of the solar and wind tax credits—which are indispensable to the Clean Power Plan (CPP) and will enable the United States to meets its climate change targets under the Paris agreement—and the repeal of the ban on crude oil exports.

The climate measures, bitterly opposed by Republican leadership as recently as a month ago, will ensure that incentives for early adoption of renewable energy under the CPP are in place during a critical two-year period when states (and utilities) must decide how they will meet the plan’s targets.

While some states may challenge the President’s authority to enforce the CPP in court, investment plans will already be in place by the time relevant litigation reaches the Supreme Court and our progress to a lower carbon electricity system will be irreversible. This is a strategic shift in our energy system, transitioning renewables from their relative infancy to a permanent and growing pillar of America’s power generation, and providing investment certainty necessary to unlock private capital in this sector.

There will be ample room for natural gas as well, with the greatest demand perhaps coming from exports to nations seeking to meet their own Independent Nationally Determined Commitments (INDCs) under the Paris climate agreement by moving rapidly down the carbon chain from fuel oil to natural gas (as Mexico is doing) or from coal to gas while they, too, scale up renewable generation.

Lifting the crude oil export ban is an equally strategic move, in effect transforming the United States into the world’s rapid-action energy supplier. This move erases the global economy’s forty-year-old reliance on Saudi Arabia as its primary source of insurance against major oil supply disruptions and their economy rattling, recession-inducing effects.

The timing could not be better. The borders of nations in the Middle East are unraveling—from Iraq to Syria to Libya to Yemen—with no sign of being stitched back together in our lifetime. The war against the Islamic State, which overtly threatens governments that control the lion’s share of the world’s oil reserves, makes continued conflict in the region a certainty. And Iran’s willingness to keep its word under the nuclear agreement is about to be tested.

Lifting the ban on crude oil exports will provide long-term investment certainty for the US energy production base.  When the current low price cycle ends, as all cycles do, investors will know to build pipelines and ports to bring US crude to global markets.  US oil supply will be the most elastic in the world, outside the Middle East, able to replace up to a million barrels per day of disrupted supply within a year, sparing US consumers from economic harm, and our allies and partners from potential political coercion.

We can now provide our own economic life insurance policy through a strong energy production base. As a bipartisan assemblage of national security and defense experts unanimously agreed in a recent Atlantic Council task force report on the US energy boom and national security, it would be “illogical and irresponsible” not to do so.

We have stumbled into a practical and strategic energy policy despite the facile ideological posturing of both parties. As we try to navigate the necessary path to reducing global emissions amid the shoals of geopolitical instability and weak economies, let’s hope our leaders can remember how compromise and common sense provided them with political wins and left the rest of us (and our planet) a bit more safe and secure.

David L. Goldwyn is the Chairman of the Atlantic Council’s Energy Advisory Group. He served as the US State Department’s Special Envoy for International Energy Affairs to Secretary Hillary Rodham Clinton.