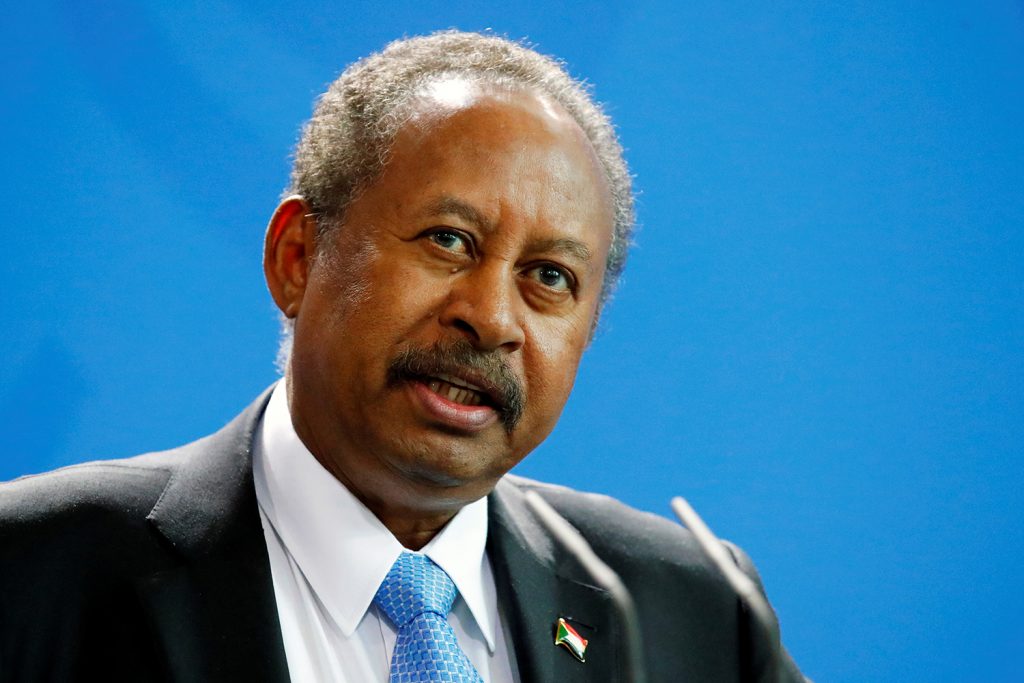 Khartoum was rocked on March 9 by an explosion that sent shockwaves well beyond Sudan’s capital city.

Prime Minister Abdallah Hamdok, a former United Nations economist, who since last September has led Sudan’s bumpy transition from authoritarian security state to proto-civilian rule, was targeted for assassination as his convoy plied the streets of Khartoum.

Many details of the unsuccessful assassination attempt remain unknown several days after it occurred, like who carried out the attack and for what purpose. But theories and conspiracies abound to fill the void.

Some cite former members of deposed President Omar Bashir’s former ruling party, the National Congress Party (NCP), which has been singled out in recent months by the new government for dismantlement. Party offices and finances were seized, the party itself has been disbanded, and efforts have been announced to seek justice for all variety of crimes committed during the party’s thirty years in power, starting with the 1989 coup that ushered in the NCP’s precursor, the National Islamic Front. Denying the attack, senior NCP member Muhanad al-Sheikh told media just after the attack, “we have nothing to do with the violence and we believe that the government is circulating these claims to pave the way for repression and discrimination against us.”

Sudan’s once powerful Islamist movement, a perennial boogeyman, is also seen as a likely suspect in the attack. Overlapping substantially with the NCP for adherents, Islamist elements have been blamed for efforts to undermine the government’s reform efforts through a “deep state” network that sees many of them still embedded across the new government’s ministries. Recent efforts to retire or simply purge their ranks—specifically from the Foreign Ministry and the General Intelligence Service—have been met with anger, defiance, and even armed resistance.

In January, several dozen furloughed intelligence officers took up arms and refused to leave their headquarters when presented with their pink slips. The standoff was quickly put down, but it suggested that this once powerful—and still angry—minority would likely not go quietly and could be heard from again.

But if the intent of the attackers was to somehow derail the government from its reform agenda or undermine international confidence in the new government by transitioning from passive deep-state tactics to more kinetic ones, the effort failed miserably.

As if to demonstrate that he was non-plussed by the attack on his life, the ever-ebullient prime minister was tweeting from his office within hours of the attack, telling followers, “rest assured that what happened today will not stand in the way of our transition, instead it is an additional push to the wheel of change in Sudan.”

Seeming to echo the prime minister’s resolve, statements of support have since poured in from dozens of Western, Arab, and African capitals in support of the prime minister and the civilian-led transitional government. The sentiment expressed by the US State Department spokesman that day captures what all expressed: “The United States strongly supports Sudan’s civilian-led transitional government. We stand with it and the Sudanese people in their pursuit of peace, security, prosperity, democracy, and equality.”

Indeed, rather than serving as a wakeup call to those inside Sudan that the former regime was still a force to be feared, the attack may have instead put Western nations on notice to support the civilian government while it still can. The United States, which has been criticized for its slow pace of engagement, may particularly be taking note and realizing that as imperfect as the transitional government may be, it is still a partner the United States can work with.

To that end—and seeming to go beyond all others in responding—the United States deployed an FBI team on March 11 to Khartoum to assist in the ongoing investigation—an historic first for a country that is still counted among the ranks of Syria, Iran, and North Korea on the United States’ State Sponsor of Terrorism list.

This outpouring of political and technical support also acknowledges that this early on in the transition, Hamdok himself remains an essential component in unifying and building bridges between civilian and armed actors in the country, who for the time being seem to have reached a workable, ruling accommodation under his non-threatening leadership style.

While many inside Sudan would prefer to see a more confrontational approach, with the prime minister more openly critical of military and militia forces that seem at times openly defiant of his authority, Hamdok has chosen a path largely marked by compliance and cooperation.

As the former regime breathes its last gasps, the current governing coalition seems well poised to withstand those final throes. What emerges after that remains an open question, but continued international support for the cause of civilian, democratic rule in Sudan will remain an essential ingredient.

Nearly six months in, the governing bargain between civilians and security forces seems to be holding strong, but there has been little concrete progress towards determining which side will emerge as the dominant actor at the end of the transition. That means that there is ongoing uncertainty over who ultimately is in charge, not only today, but well into the future. And uncertainty over what the political future will be means uncertainty over whether – and which – people will have jobs and the resources they need to support their families.

Prime minister promises “Sudan will never be the same again”

Thus far, the prime minister has done a poor job of managing the outsized expectations of his people to be out from under Washington’s punitive regime. Many will surely be disappointed when and if he returns home without one of these large deliverables, but Hamdok need not leave Washington empty-handed.