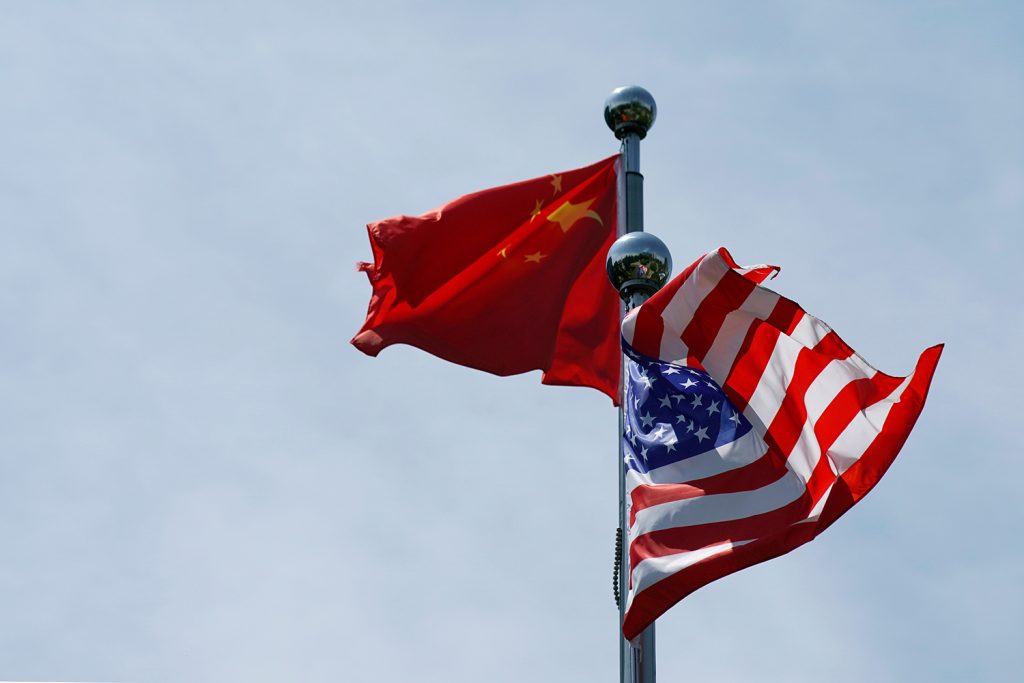 US President Donald J. Trump has increasingly relied on economic tools to counter the growing national security and economic threat from China. His administration has taken broad action against Chinese imports in the form of tariffs, and has targeted individual Chinese companies with restrictions using numerous tools, including sanctions, export controls, and the powers of the Committee on Foreign Investment (“CFIUS”). Yet decoupling the US and Chinese economies does little to address the more fundamental threat posed by China’s efforts to rewrite the global rulebook.

China’s behavior, including violations of national sovereignty, human rights abuses, oppression of democracy, and aggressive intelligence collection, cannot be addressed through narrow and unilateral US economic measures alone. Indeed, relying exclusively on those measures appears protectionist and isolationist, and undermines our own efforts to offer a more attractive option for foreign governments and businesses. These tactics may even mirror China’s own economic coercion and bullying of private actors, creating a race to the bottom.

These measures in isolation are unlikely to constrain China without a broader strategy to counter and offer a more attractive alternative to China’s global growth and influence. Instead, the United States should articulate its broader objections with China’s behavior, and use the tools of economic statecraft to both create a more attractive partner for foreign governments and private sectors and to compel China to abide by the free-market, democratic global norms or else relinquish its foreign markets and business opportunities.

A fair amount of consensus exists between Trump and former Vice President Joe Biden on the threat posed by China. Biden has called China an authoritarian dictatorship that has made only “marginal” improvements in national well-being over the last forty years. Both Democratic and Republican national security experts tend to agree that China’s intelligence activities, human rights abuses, and disrespect for territorial integrity pose a grave threat to US national security and the international rules-based order.

President Trump, however, has deployed a narrow tactical approach focused on decoupling the US and Chinese economies and using private enterprise as a cudgel to punish China for its actions. At the same time, he has eschewed the traditional alliances and multilateral approach to push back on China’s global influence and prove the United States a more reliable and credible partner in global affairs and business. Trump has made clear his disdain for multilateral cooperation as a salve to national security threats, including those posed by China. Indeed, on his first day in office, the US president abandoned the Trans-Pacific Partnership, an agreement with twelve Pacific nations, painstakingly negotiated by former President Barack Obama, that would have established an intricate set of trade rules to minimize regional dependence on China.

Instead, the president has leaned on the US private sector to gradually separate the US economy from China’s. He initiated his trade war against China in July 2018, imposing broad tariffs on approximately $550 billion worth of Chinese imports. While some of these tariffs were suspended following a “Phase One” trade deal in early 2020, the use of economic trade tools to separate China and the United States has continued to accelerate over the past months.

In recent weeks, the administration has focused on Chinese-owned apps TikTok and WeChat.  On August 6, the president instructed Secretary of Commerce Wilbur Ross to impose restrictions on TikTok and WeChat’s parent companies operating in the United States, and on September 20, Ross made good on that threat by prohibiting the hosting or servicing of the apps in the United States. Those restrictions, however, are already caught up in litigation and it is unclear when or whether they will go into effect. At the same time, CFIUS has been conducting a review of the ownership of TikTok’s US operations by its Chinese owner ByteDance. The highly-confidential CFIUS process has played out unusually publicly over the last six months, culminating in an August 14 Executive Order rejecting ByteDance’s ownership of TikTok’s US operations by November 12 unless CFIUS’s national security concerns can be remedied by then. Trump has continued to publicly comment on his views of the ongoing negotiations between ByteDance and CFIUS, threatening to scupper any deal short of a full divestment.

Of course, the administration’s efforts to limit technology transfers were well underway a year ago. On May 15, the president issued an Executive Order threatening to prohibit the use of any technology or services from a company if the secretary of commerce determined that the company was subject to the jurisdiction of a foreign adversary or posed a national security risk. Commerce has never utilized the Order, but it was widely perceived a threat to ban Huawei services from the United States entirely. The Commerce Department was not so hesitant when in May 2019 it added Huawei and dozens of its affiliates to the Entity List, prohibiting the export and re-export of US-origin goods and technology to those entities without a license from Commerce.

The administration’s concerns over TikTok, WeChat, and Huawei are well founded. China’s 2017 National Intelligence Law obligates all organizations in China to support, assist, and cooperate with Chinese intelligence efforts, meaning information available to Chinese companies is essentially available to the Chinese government. Chinese companies would have the ability to access data on millions of users. In addition to surveilling individual users, the Chinese owners would have the ability to learn the habits and vulnerabilities of the US population by studying the aggregated data. And just because these companies may not have accessed US user data in the past, doesn’t mean they won’t in the future.

The administration’s economic restrictions on China have not been limited to the tech world. The Treasury’s Office of Foreign Assets Control has used its authorities to sanction numerous Chinese companies in the last few years across an array of different sanctions programs. Targets have included Hong Kong’s Beijing-serving leadership, arms of shipping company COSCO for transporting oil from Iran, the Xinjiang Production and Construction Corps (“XPCC”) and other entities in Xinjiang for serious human rights abuses against the Uyghur population, and Beijing Sukbakso for supporting the export of labor from North Korea.

Once again, the threat of China’s behavior has not been overestimated by the Trump administration. China’s leadership appears to feel it has carte blanche to commit horrific human rights abuses in Xinjiang, to oppress democratic activists and seize the levers of government in Hong Kong, and gauge its support North Korea based on Chinese rather than global interests.

However, the threat’s posed by China and Trump’s tactics to address them are a gulf apart. The administration’s series of restrictions on private sector engagement are mere fingers in the dyke. The measures will have discrete impacts on the companies at issue: XPCC will have a harder time moving cotton through the supply chain and concerns will justifiably rise among US consumers of the horrors in Xinjiang; Huawei will find fewer global customers for its 5G networks; Chinese companies sanctioned for business with Iran or North Korea will lose access to the US financial system. Yet, China has shown no signs of changing its behavior in response to these actions that have had a marginal impact on overall Chinese interests.

Furthermore, US companies become collateral damage in the administration’s efforts to cut-off China from US business and investment. US businesses lose access to Chinese investors and customers, and a market for some of the United States’ most important products, including sophisticated financial services and high-end technology. And of course, President Trump’s tariffs on Chinese goods have been paid by US importers and passed on to US consumers, not borne by Chinese manufacturers.

These measures will not constrain China without a broader strategy to counter and offer a more attractive alternative to China’s global growth and influence. A US administration will need to look beyond single Chinese companies to divert China into the international rules-based order. To constrain China’s violations of sovereignty in the South China Sea, to halt its horrific human rights abuses in Xinjiang and its repression of free speech and democracy in Hong Kong, and to restrain its collection of intelligence on the American people, the United States will need to build a coalition of like-minded partners, both in Asia and elsewhere, to build a series of norms that China will be compelled to adopt in order to access global markets. The United States will also need to use multilateral institutions to develop norms based on US values, rather than abandoning these institutions to Chinese leadership. For example, China may ultimately have the ability to prevent any action by the UN Security Council on human rights abuses in Xinjiang, but the United States could be a powerful voice in the UN Human Rights Council for China to accept country visits by UN experts and the appointment of a special envoy to track the abuses, if the administration reversed Trump’s departure from the Council. Similarly, the United States could use the Group of Twenty (G20) and Group of Seven (G7) to further develop norms on intellectual property protections, trade and labor standards, data protection, though the latter hasn’t even met under the 2020 US presidency.

Furthermore, the United States will need to burnish its brand in countries around the world to demonstrate that the US Government and US companies are better partners than the Chinese because they benefit local economies and environments. The United States should embrace the high standards and accountability that have set US companies apart and have suffered under the Trump administration, including international anticorruption laws, disclosure of beneficial ownership and the elimination of anonymous shell companies, corporate financial transparency, and climate and environmental standards for US companies operating overseas.

Economic statecraft, both carrots and sticks, will be an important part of the US approach to China, both enticing and coercing China into US-written global norms. However, the current piecemeal approach to Chinese imports and specific Chinese companies does little to promote US leadership of international standards and push China onto our preferred path. The United States, even if it cannot constrain China’s economic growth, can divert it. By offering the world a better choice of values, business practices, and openness, the United States can beat China in the race to write international norms, and then force China to choose between following our path or facing isolation.

Image: Chinese and US flags flutter near The Bund, before US trade delegation meet their Chinese counterparts for talks in Shanghai, China July 30, 2019. REUTERS/Aly Song