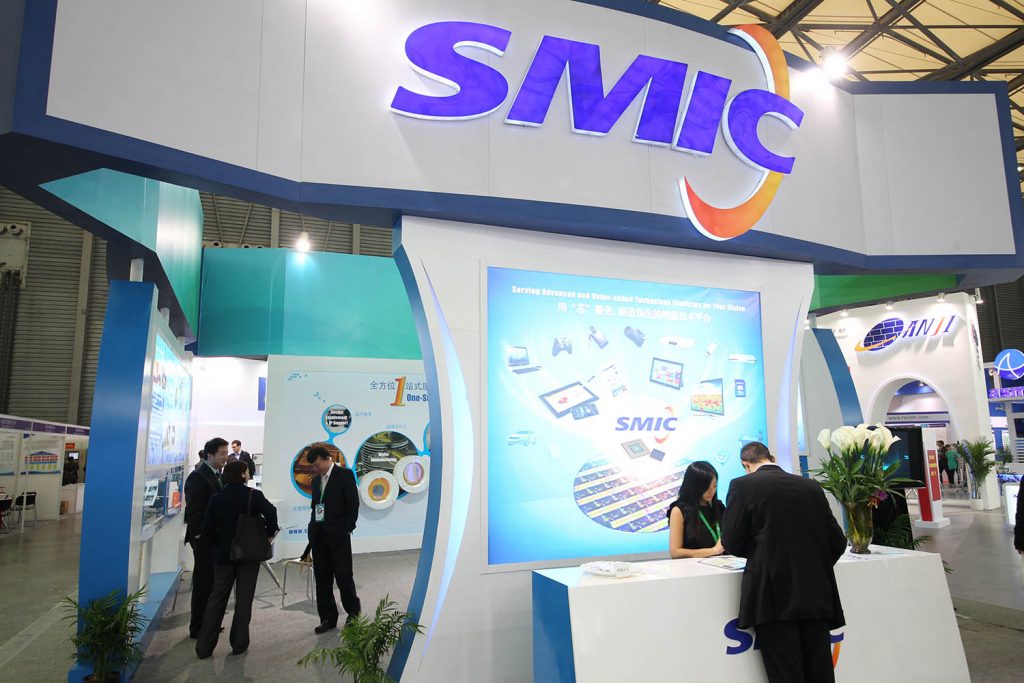 The broadening of US restrictions against China’s high-tech sector—with the addition of the country’s largest chip maker Semiconductor Manufacturing International Corp. (SMIC) to the US government’s Entity List—threatens to disrupt the complex technology supply chains that bind US, Chinese, and other Asian manufacturers.

The action against SMIC, which reflects concerns about the use of US chip-making technology for military purposes and which follows steps put into effect on September 15 to choke off the supply of chips to Huawei Technologies Co., is likely to prove shortsighted. It will incur costs for US companies while failing to ensure them supply chain independence. US policy instead must coalesce around a more nuanced effort to protect US technology and national security while leaving room for an essential industry to continue flourishing without sudden disruptions.

As the United States widens restrictions from mobile phone giant Huawei to one of the world’s top five chip makers, an industry that relies on the cross-border movement of chips at all stages of production is facing the possibility that China hawks in the Trump administration will succeed in advancing their goal of a technological decoupling from China. The measures targeting SMIC could significantly affect the global semiconductor ecosystem that has grown up over the past thirty years—the designers, component suppliers, producers, equipment makers, assemblers, testers, and packagers spread across Asia, North America, and Europe.

This uncertainty is forcing companies to reassess their business strategies. Supply chain disruptions would consume years of work and vast sums of money—even if decoupling does not become long-term policy. The latest developments also could undermine recovering export markets in Asia, a bright spot in a global economy already struggling with the effects of COVID-19.

Meanwhile, the United States and Chinese governments face pressure to respond not only to the continued rise in trade tensions, but also to support their strategically important semiconductor industries. In the long run, the measures are likely to accelerate China’s efforts to develop its capacity to reduce its dependence on imports of high-end chips. The US actions also are likely to increase pressure on Taiwan’s semiconductor industry—which has flourished within the current supply chain ecosystem—to choose sides.

The first stage of the Huawei sanctions, imposed in May 2019, restricted sales of US-made semiconductors to the 5G industry leader because of a judgment of “reasonable cause” that the company was involved in activities contrary to US “national security or foreign policy interests.” US companies like Qualcomm Inc. and Intel Corp. ended sales to China when the sanctions were imposed.

The latest US restrictions on Huawei went into effect September 15 and impact not only direct semiconductor sales to Huawei, but also the use of US equipment and software to make them. This has created a shortage of the chips that power Huawei’s top-of-the-line smart phones. Although Huawei has stockpiled components for months—helping boost exports sharply from Taiwan and South Korea over the summer and lift both economies—retail prices for its phones already are rising in China. In addition, Huawei has been hurt by pressure from the United States on various governments not to acquire Huawei’s 5G technology; witness the UK decision in July to bar Huawei equipment from its high-speed network.

The loss of Huawei’s Taiwanese and Korean suppliers as of September 15 eliminated its alternative source of chips, while the loss of Huawei sales cut into the revenue of Taiwanese and Korean semiconductor companies. Industry media reports have various suppliers applying for US licenses to resume sales—including US companies. But the prospects for approval are uncertain amid worsening trade tensions.

It is not surprising that US companies first maintained a low profile during the Huawei standoff but have now started to speak out collectively. SEMI, the industry organization representing 2,400 semiconductor-related companies worldwide, drafted a letter warning that action against SMIC has “immediate and long-term detrimental impacts to US industry, economic, and national security.” China’s semiconductor import bill totals about $300 billion a year, of which about $75 billion came from US companies in 2018. Sales of equipment and materials for production increase that tally significantly.

SMIC is only one part of a Chinese chip industry that, while lagging behind its competitors in the United States, Taiwan, and South Korea, is now receiving huge government and private sector investments to catch up. Under the Made in China 2025 plan to make the country a self-sufficient leader in advanced technology—which the Trump Administration regards as a threat—Beijing has earmarked some $120 billion in financing and other incentives for the chip industry. The goal is to supply 70 percent of China’s domestic demand for chips in five years, increasing its target of about 40 percent this year, with a focus on the cutting-edge chips that it had previously needed to import.

US controls against China’s semiconductor industry likely will spur Beijing to increase its development efforts, including by obtaining chip-making know-how through espionage and wholesale hiring of Taiwanese experts.

Meanwhile, Washington also is encouraging investment in the US chip sector to ensure that the United States maintains a technological advantage. The US share of the global semiconductor market has generally been between 45 percent and 50 percent in recent years, while it commands about half of the market for semiconductor manufacturing equipment. But the US market share is now dropping, and it relies on other countries for many aspects of the production process. Moreover, its volume production of high-end chips lags both Taiwan and South Korea, with both research and development and capital investment falling behind as well.

Amendments contained in the National Defense Authorization Act for 2021 contain several billion dollars to encourage semiconductor development. But the roughly $30 billion that would be allocated add up to less than what Taiwan Semiconductor Manufacturing Co., one of the world’s leading chip makers, intends to invest in factories in Arizona and Taiwan over the next few years. Without a comprehensive national-scale effort to continue developing cutting edge semiconductor capabilities, the United States will be relying on global supply chains—and China—for many years to come, while firms incur the costs of global market disruption.

Jeremy Mark was a senior communications adviser and speechwriter to the IMF management team and previously an award-winning reporter for The Asian Wall Street Journal. Follow him on Twitter @JedMark888