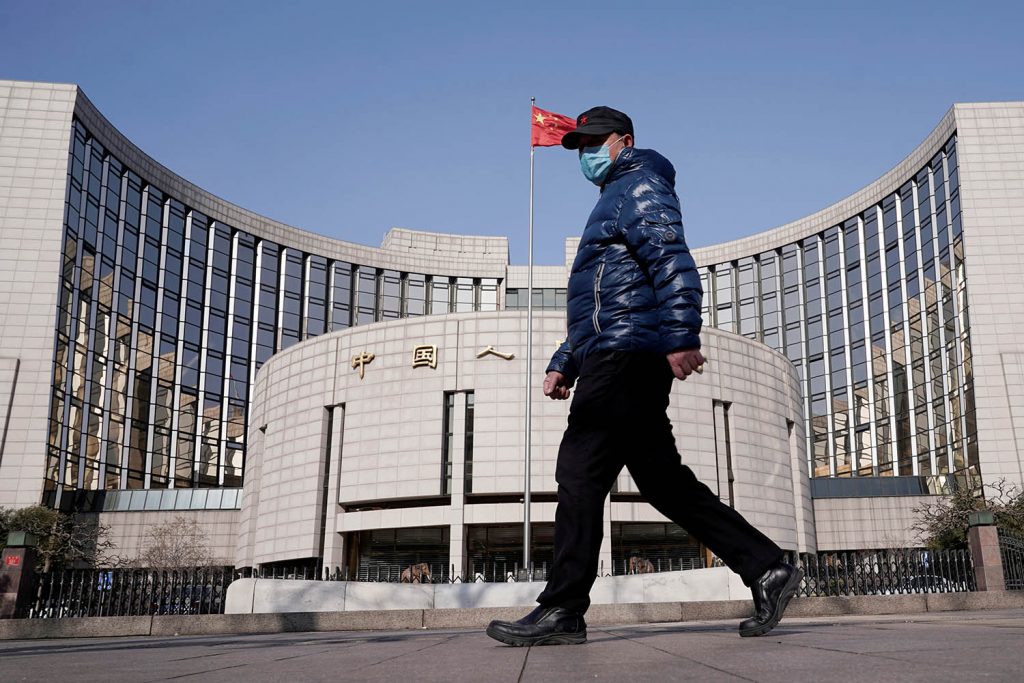 The long-running US television show The Simpsons is famous for beginning each episode with a red herring; a distraction from the main plot. US sanctions via the Society for Worldwide Interbank Financial Telecommunications (SWIFT) these days feel like a similar red herring; an oft-occurring distraction from the real issues at play. Most recently SWIFT and sanctions have popped up again as the US looks to hold China countable for human rights abuses against the Uyghur population and repression of political dissent in Hong Kong. A major Chinese state-owned bank, the Bank of China (BOC), in July urged its banks to switch away from SWIFT toward a domestic messaging system because of the threat of US sanctions. Don’t take the warning at face value however, as Beijing’s primary motivation is to promote its own domestic system, rather than any real fear of a SWIFT cut-off.

US sanctions and SWIFT first intersected during the ramp-up of Iran sanctions prior to the Iran nuclear deal. SWIFT itself is a Belgian bank-to-bank messaging provider that functions in large part like the plumbing of the international financial system. Contrary to popular belief, SWIFT does not move money itself, it instead provides a trusted, highly secure messaging platform for banks to communicate funds transfer instructions to each other. It is also, contrary to popular belief, not a US company and therefore not required to implement US sanctions.

A SWIFT cut-off for Iran was widely touted as a major sanctions step, but in reality it was just the icing on the cake. The actual driver in cutting Iran off from international financial channels were the sanctions preventing US and European Union (EU) banks from transacting with Iran, and US secondary sanctions. Removing SWIFT’s ability to provide messaging services to Iran simply reinforced those sanctions already in place by making it more difficult for banks outside the United States and EU to communicate with Iranian banks. But because the US Congress was seized of the SWIFT issue and perceived it as powerful, the call to “de-SWIFT” those targeted by US sanctions continues to come up with some frequency.

Take Russia, for instance. At the height of the Russian invasion of Ukraine in 2014 and 2015, there were calls from Congress to de-SWIFT Russia as a way to sound tough on Moscow. What they wanted was to cut off the world’s (then) eighth largest economy from the United States and EU. Simply preventing SWIFT from providing services to Russian banks would not have prevented those banks from continuing to transact with their US and EU counterparts in ongoing trade and settlements. There would have been too much economic activity at stake for those banks to not fall back to other methods, albeit less desirable ones than SWIFT. To actually cut Russia off, a ban on the actual transactions, not the messages, with the jurisdiction would have been necessary.

Which brings us back to China. Beijing knows that the United States will almost certainly not impose sanctions that cut off an economy vastly more important to the United States and to a teetering global economy than Russia was in 2014-2015. It knows that a SWIFT cutoff is not going to happen, as such a thing would require some combination of US primary and secondary sanctions and EU sanctions of a similar scale on China. Instead, Beijing wants to promote its own internally-developed messaging system for domestic transactions to benefit a Chinese company at the expense of SWIFT, similar to Russia using US sanctions on Bank Rossiya in 2014 as pretext to replace US credit card companies operating its domestic credit card settlement network with a Russian system.

At present, a domestic Chinese alternative to SWIFT is unlikely to gain traction. Unlike the scenario in Russia where the domestic credit card payments network was being operated by a US company subject to US sanctions, even US moves against more significant Chinese actors would not necessarily trigger such a dramatic change. Changing such a fundamental technology solution would be time-consuming, expensive, and could reduce the global competitiveness of Chinese banks at a time when Beijing is trying to expand the influence of China’s financial sector. After all, Russian banks still use SWIFT, despite much more significant sanctions on Russian entities, including some sanctions on Russia’s largest banks. US or EU sanctions would need to impair Chinese banks’ ability to process domestic transactions for economically- or politically-sensitive Chinese parties for movement away from SWIFT to become possible; an unlikely scenario absent major escalation.

As a western company and the dominant player in the market, SWIFT is subject to complaints both by those who advocate for imposing sanctions and those who are the targets. It is a critical player in the global financial industry, but it is also a lazy, but convenient, shorthand for those with complaints about the imposition of sanctions, whatever the motivation. Observers need to look beyond the flashy headlines anytime someone mentions SWIFT to understand what the real plot is.

Image: A man wearing a mask walks past the headquarters of the People's Bank of China, the central bank, in Beijing, China, as the country is hit by an outbreak of the new coronavirus, February 3, 2020. REUTERS/Jason Lee/File Photo