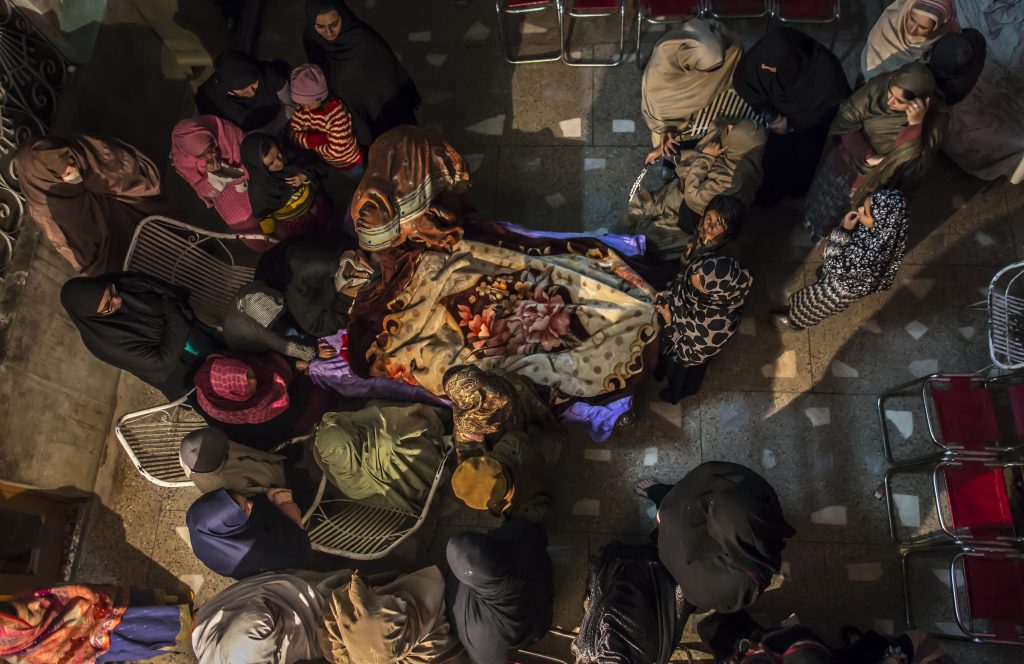 The killing by Pakistan’s Taliban of more than 140 people, mostly children, at a school is likely to “provide some glue for a consensus [in Pakistan] that you cannot negotiate with terrorist groups,” according to Atlantic Council South Asia specialist Shuja Nawaz. The assault, in northwestern Pakistan, shocked the South Asian nation and drew international condemnation.

The Taliban said the attack, on an elite army high school in the provincial capital of Peshawar, was retaliation for the Pakistani military’s offensive — named Zarb-e-Azb — that has targeted Taliban guerrillas in the North Waziristan tribal area since June.

On the morning of December 16, seven militants dressed in army uniforms and wearing suicide vests stormed the school, which is attended almost exclusively by the children of army personnel. The attackers used grenades and guns, and even set one teacher on fire in front of the students. More than 100 people were injured in the attack, which was ended by an eight-hour-long special forces operation.

Pakistani Prime Minister Nawaz Sharif vowed to avenge the children’s deaths and sought to rally his nation to “rise against the terrorists.”

The terrorist attack may convince the prime minister to tell other political parties that “there can’t be ambiguity [on fighting terrorism] and that all militants are bad regardless of what shade or color,” said Shuja Nawaz, a distinguished fellow with the Atlantic Council.

Nawaz spoke in an interview with New Atlanticist’s Ashish Kumar Sen. Excerpts are below:

Q: Does the attack on the school today show that despite the military operation in North Waziristan, the Taliban can still attack with impunity?

This was basically a revenge attack against a soft target. It doesn’t require a lot of manpower or logistics other than the fact that they had weapons and explosives. It took them some time to plan because the military’s operations in North Waziristan have managed to dislodge their headquarters and their command and control facilities. Much of their leadership apparently did slip away into Afghanistan and then back into Pakistan, or into other parts of [the Federally Administered Tribal Areas] and perhaps into the central areas of Pakistan. So they haven’t been destroyed, but their capacity to launch operations, particularly in FATA has been degraded.

Q: Will this attack on the school turn public perception against the Taliban and undermine any support it may have in Pakistan?

It is likely to provide some glue for a consensus that you cannot negotiate with terrorist groups. It may help convince the prime minister [Nawaz Sharif] when he talks with the other political parties, that there can’t be ambiguity and that all militants are bad regardless of what shade or color, and that it is not just the TTP, but that Pakistan needs to seriously worry about other militant groups in the Punjab as well as in Karachi.

Q: What are the political implications of the attack for the Sharif government? Will it ease some of the pressure from Imran Khan, who leads the opposition Pakistan Tehreek-i-Insaf party, and help unite the political class behind the prime minister?

That may be a bridge too far to unite any political class, particularly such a fractured polity such as Pakistan. One would hope that they could coalesce around a particular theme that is there needs to be a nationwide civil-military consensus on fighting terrorism. They have the tools, including the National Counterterrorism Authority, and they need to give it some teeth now and coordinate their intelligence and police efforts. This is not only a military operation. There needs to be a nationwide counterterrorism, counterintelligence operation.

Q: Imran Khan has criticized the army operation and asked for the government to negotiate with the Taliban. Does this attack weaken his position?

He has said that, but he also supported the military operation. He needs to reduce some of the ambiguity on his part. His own political jihad, if you want to call it that, against the prime minister because he believes the elections were rigged has created further instability within the political system and has made the prime minister much weaker politically than he was when he took over after a very successful election.

It was a wise move [for Khan] to postpone his nationwide strike call for December 18. The public needs to be thinking about how to respond to this attack — I’m sure that there will be others that the Taliban has planned — and not be distracted by other political demonstrations.

Image: Women in Peshawar, Pakistan, mourn around the body of fifteen-year-old Osama Taher, a student who was killed in an attack by Taliban gunmen on the Army Public School on December 16. The guerrillas killed at least 132 students and nine staff members in the deadliest massacre the country has seen for years. (Reuters /Zohra Bensemra)