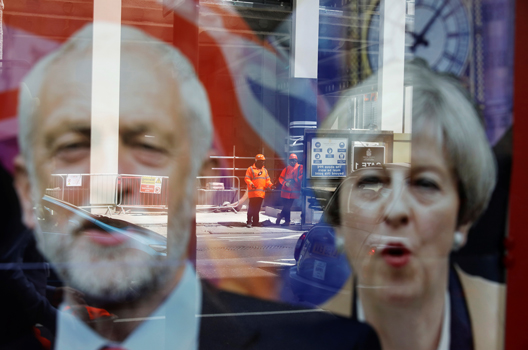 On June 8, the United Kingdom will vote in its second general election in just over two years. Six major parties are contesting these elections, with the Conservative and Labour Parties holding the largest share of seats.
[…]
The last election in May 2015 resulted in a Conservative government, and led to the June 2016 national referendum on Britain’s membership in the European Union. Following the result in favor of Brexit, Prime Minister David Cameron—the leader of the unsuccessful Remain campaign—resigned, and former Home Secretary Theresa May took office.

May’s leadership has been dominated by Britain’s departure from the EU, and the implications for the country. In April, facing domestic opposition to this approach, including legal challenges, she called a snap general election. She argued this would help Britain have a stronger negotiating position in the talks with other EU member states, and would give her a clear mandate to go ahead with leaving the EU. Although Brexit is an important issue in the election, however, it is not the sole focus of the campaign. Health, education, welfare, immigration, and the environment feature heavily in the manifestos of the major parties.

Read the full article on FutureSource.

Image: Workers in protective equipment are reflected in the window of a betting shop with a display inviting customers to place bets on tbe result of the general election with images of Britain's Prime Minister Theresa May and opposition Labour Party leader Jeremy Corbyn, in London, June 7, 2017. (REUTERS/Marko Djurica)