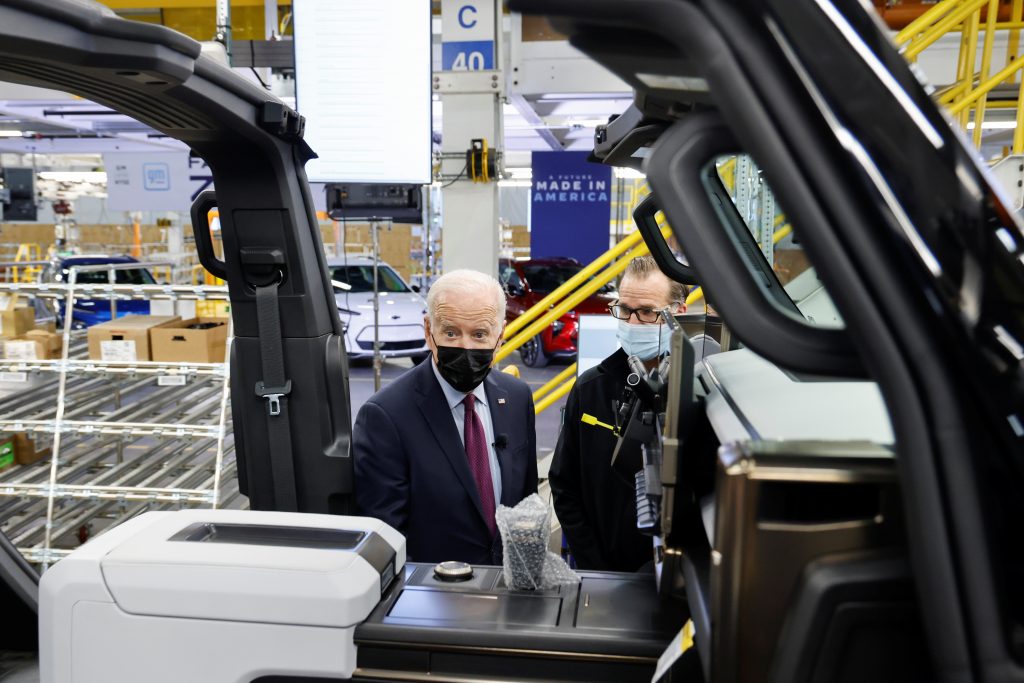 Two years after the Biden administration and the European Commission resolved to put an end to the rancorous trade disputes of the Trump era, Washington and Brussels are again wrangling, this time over US electric vehicles subsidies and European Union (EU) initiatives to rein in US big tech companies.

The December 5 gathering in the Washington area of US cabinet officials and European commissioners—the third semi-annual meeting of the Trade and Technology Council (TTC)—should be a perfect opportunity for high-level grappling with these disputes. However, neither is on the agenda, causing European Commissioner for the Internal Market Thierry Breton to decide the trip wasn’t worth his time. The reasons for that illustrate the limits of this new kind of transatlantic trade diplomacy.

The EU originally proposed the TTC, and it has been designed as the antidote to the lengthy, failed negotiations between the United States and Europe on a comprehensive trade agreement, the Transatlantic Trade and Investment Partnership (TTIP). The TTIP crashed at the end of the Obama administration, a victim of over-ambitious scope and deep-seated opposition in major EU member states to some of its planned measures to open up European markets to US competitors.

The TTC, by contrast, aims more modestly to “coordinate approaches to key global technology, economic, and trade issues; and to deepen transatlantic trade and economic relations, basing policies on shared democratic values,” according to its inaugural joint statement. The shelved quest for a grand transatlantic trade bargain would be replaced by political alignment on global economic challenges such as China and Russia, and by shared, concrete technology projects.

The December 5 meeting should deliver on some of this promise. Washington and Brussels are expected to announce coordinated transatlantic funding for digital infrastructure projects in the developing world, common definitions and methodologies for assessing artificial intelligence risks, a early-warning system for gaps in the global semiconductor supply chain, and efforts toward joint standards for charging electric vehicles, among other achievements.

But these “deliverables” pale in comparison to some of the bigger challenges that the TTC could be tackling. Both the United States and the EU are confronted by China’s robust state mercantilism and its efforts to shape global technology standards, for example, but these concerns figure only indirectly in the upcoming meeting. Washington and Brussels do discuss China in other international fora, of course. Yet without a shared appreciation of China’s economic threats, practical work on it in the TTC remains very limited.

Major trade irritants related to climate technologies are also missing from the TTC’s agenda, notwithstanding the group’s original announced objective to “fight the climate crisis [and] protect the environment.” Notably, European trade ministers have pronounced themselves “very concerned” by new US incentives for consumers purchasing electric vehicles containing locally sourced battery elements. These measures are contained in the Inflation Reduction Act (IRA), the recently enacted centerpiece of US climate strategy. The EU fears that the subsidies, which likely violate US obligations in World Trade Organization agreements, could incentivize European car manufacturers and producers of climate-mitigating technologies to relocate their production facilities to the United States.

The public response of the US Trade Representative (USTR) has been not to engage on the trade law questions, but rather to stress that the IRA represents “meaningful action to combat the climate crisis by investing in clean energy technologies and addressing supply chain vulnerabilities.” At the same time, the USTR and the European Commission have set up a high-level task force, chaired by officials from the US National Security Council and the office of European Commission President Ursula von der Leyen, to address the EU’s IRA concerns. The group operates independently of the TTC structure, however, and in any case no result from its discussions is expected by the December 5 meeting.

The uproar in Europe over US electric vehicle subsidies has drowned out US concerns regarding whether the EU’s Carbon Border Adjustment Mechanism—a proposed tax on importing into Europe products manufactured in countries not meeting the bloc’s strict emissions standards—conforms with international trade law. A joint EU-US technical working group has been charged with “developing a common methodology for assessing the embedded emissions of traded steel and aluminum,” but it too has been organized outside the TTC structure.

The other glaring absence from the TTC’s work-plan is collaboration on the regulatory challenges of information technology. Over the past three years, the von der Leyen-led European Commission has racked up an impressive set of legislative achievements in this area, adopting measures aimed at platform companies’ competitive advantages and at their role in spreading information damaging to democracy. Next on the EU horizon is passage of a comprehensive Artificial Intelligence Act and a law structuring the commercialization and international transfer of industrial data. Alarm bells also have gone off in Washington recently about a proposal from the EU’s network security regulator to impose foreign ownership limits and data localization requirements on cloud service companies. These cybersecurity certification requirements could exclude non-compliant foreign companies from the booming market in selling cloud services to EU governments.

The Biden administration periodically has registered its concerns in Brussels about these EU measures through the usual diplomatic channels. But the EU has rebuffed US entreaties to utilize the TTC structure to examine them, instead pushing ahead with its legislative agenda. The TTC also was not utilized as a negotiating venue for the new EU-US Data Privacy Framework, an accord intended to solve a decade-long dispute over US national security agencies’ access to personal data located in the EU.

Compartmentalizing the big issues in transatlantic trade and technology policy in this fashion has led to a palpable sense of frustration and disappointment in Washington that the TTC is not fulfilling its admirable goals. Diminished expectations were perhaps inevitable: There never was any realistic prospect that Washington or Brussels would slow their respective legislative agendas to accommodate a technocratic coordination process. Nor is the TTC’s elaborate format necessarily the panacea for resolving thorny policy problems.

Nonetheless, the TTC’s patent exclusion of the issues of greatest import in transatlantic economic affairs from its deliberations does not inspire confidence that it will prove to be a lasting institution. Despite their ritual invocations of unity and renewal, Washington and Brussels increasingly are returning to business as usual in their ever-prickly trade relations. Rebuilding a relationship of trust in transatlantic relations remains a work in progress.

Kenneth Propp is a nonresident senior fellow at the Atlantic Council Europe Center, teaches EU law at Georgetown University Law Center, and is a former legal counselor to the US Mission to the EU in Brussels. 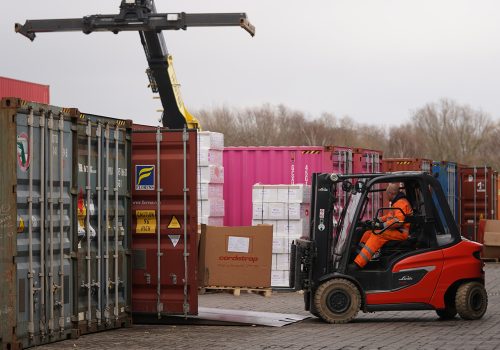 Policy memo: How the EU and US should overcome their trade and supply-chain disputes

Ahead of the next meeting of the US-EU Trade and Technology Council, here are five tests for the EU and United States to show progress on the trade and supply-chains agenda.

#AtlanticDebrief – What is the state of transatlantic trade & tech? | A Debrief from Tyson Barker and Ken Propp 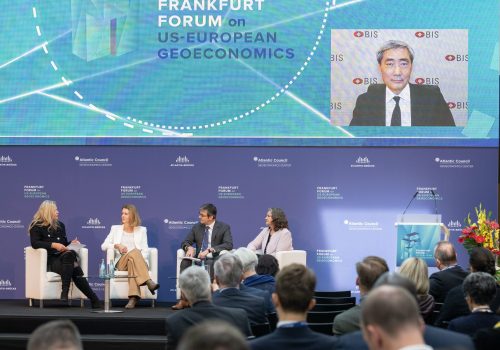 Dispatch from the Frankfurt Forum: How the US and Europe can turn crisis cooperation into sustained partnership

The Council's Frankfurt Forum showed that while the United States and EU approach some challenges differently, Russian aggression has provided a renewed sense of purpose and urgency to resolve those differences.