The Global South won, but did the climate? Negotiators at the UN climate-change conference known as COP27 extended their stay in Sharm el Sheikh, Egypt to hammer out a final agreement that will create a loss and damage fund to compensate developing countries harmed by climate change. But the deal barely addresses other urgent topics such as reducing greenhouse-gas emissions, even as the consequences of climate change become clearer by the day. Have negotiators done enough to help save the planet and the people on it? What other surprises cropped up at COP? Our experts, who were on the ground in Sharm el Sheikh, are here to weigh in. 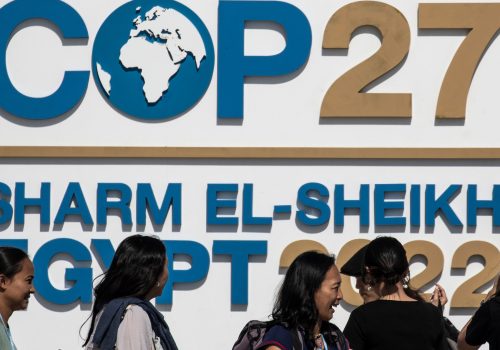 Are global leaders heeding this year's wake-up calls with bold commitments at COP27? Our experts give their takes. 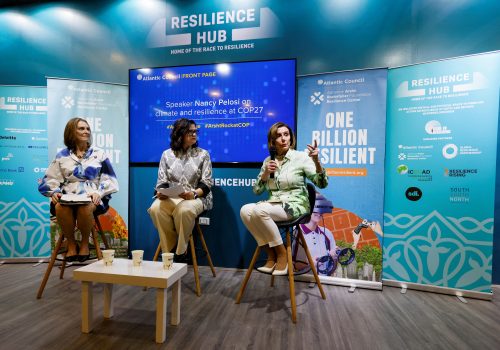 Nancy Pelosi and Kathy Castor at COP27: The US won’t abandon its climate leadership, regardless of who controls Congress

The US House speaker and the chair of the climate committee appeared at an Atlantic Council Front Page event in Sharm el Sheikh, Egypt. 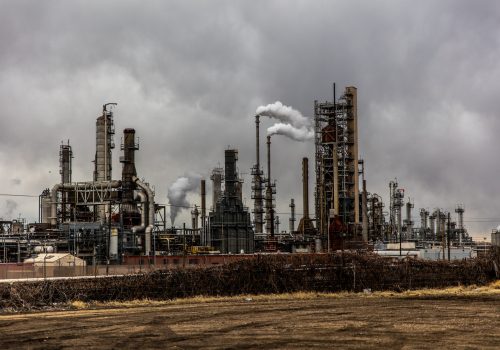 The target of limiting global warming to less than 1.5 degrees is practically dead. Why do emissions per capita matter?

Achieving the target to limit global warming to below 2, preferably 1.5 degrees Celsius, by the end of the century seems more unfeasible than ever. The reason is simple. The most critical of greenhouse gases have continuously risen in the past decade and CO2 emissions are only expected to grow more in 2022 and for the foreseeable future. COP27 needs to pave the path for a renewed international cooperative and enforceable framework to reduce global greenhouse gas emissions by the world’s top emitters both in absolute terms and in per capita terms.