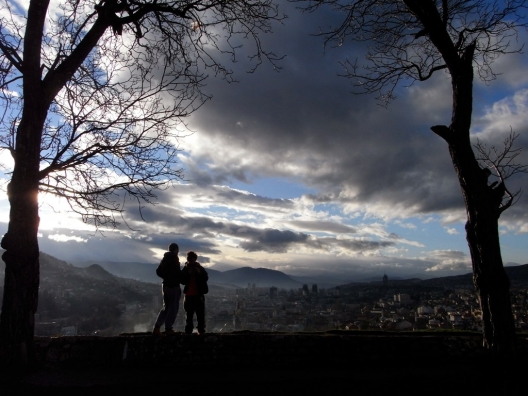 For the first time since Bosnia and Herzegovina gained independence from Yugoslavia, the country is conducting a national census.  In most countries, census-taking is an automatic, rather tedious method of record-keeping carried out at varying intervals.  In Bosnia, however, the census has stirred up deep-rooted ethnic tensions once more, and brings up fundamental questions about the continuing efficacy of the Dayton Peace Agreement.

The original purpose of the Dayton agreement was to end conflict between the Serbs, Croats, and Bosniaks (Bosnian Muslims), the three main ethnic groups in Bosnia involved in the bloody Balkan wars of the early 1990s.  According to the terms of the agreement, each of the three constituent groups would be ensured proportional representation in the new government of Bosnia, based on their total population as calculated in the pre-war census taken in 1991.  In addition, the constitution stipulated that each group would elect their own president, and the presidency would in turn be shared amongst the three elected officials in rotating eight month terms.

The Dayton agreement has served its function.  It stopped the war, and it created a relatively stable government that, despite internal squabbling, has not collapsed. In many ways, it can be held up as a grand example of successful international conflict resolution.

However, the very feature that made Dayton so successful at halting the fighting in the beginning—protecting representation of ethnic groups in the government—is also one of its greatest shortcomings.  Instead of promoting the idea of Bosnian as an identity, the system perpetuates an unsustainable concept of ethnic division.  Where Bosnians should be electing a Bosnian president, instead we see Serbs only supporting other Serbs and Bosniaks only electing other Muslims.

The new census has brought this issue to light in a way that can no longer be ignored.  Prior to beginning the census, for example, religious congregations were told that they must identify themselves on the census as members of their ethnic group; to refrain from doing so would mean certain subjugation by the other constituent groups.  Officials campaigned to ensure that the census would include separate categories to distinguish between ethnicities in a manner more befitting a hotly-contested election than a population survey. There is a distinct fear that after the census, certain ethnic groups will have to cede some or all of their power in the Bosnian government.

The stakes are, admittedly, high.  The results of this census will officially demonstrate for the first time how the composition of the population of Bosnia has changed since the war.  If the relative proportions of each ethnic group are found to have changed, then government quotas will have to be adjusted.  Because this has great implications for ethnic power-sharing at the highest levels in Bosnia, observers worry that ethnic tensions could erupt into new conflict over any disruption of the status quo.

At the same time, many Bosnian citizens are tired of arbitrarily imposed ethnic divisions in the country.  Bosnia has been a multi-ethnic society throughout history, and mixed marriages are common.  It is nearly impossible to determine whether a person is Serb, Croat, or Bosniak based on appearance alone; ethnicity is thus a subjective designation in politics and many believe it should not play a role in government.  Instead, they have advocated for a sole “Bosnian” designation on the census, to protest the use of ethnicity as a categorical identifier.

The ethnic quotas stipulated in the Dayton agreement that are currently in place at the highest levels of government are not solely a Serb-Croat-Bosniak issue.  Though the debate in Bosnia has obviously centered on the Serb-Croat-Bosniak nexus, a landmark 2009 court case illustrates another central weakness in the Dayton agreement.  The court case involved two Bosnian men of Roma and Jewish descent who contested the provisions of the Dayton agreement which allow only members of the three main ethnic groups to be elected to the Bosnian House of Peoples.  The case went as far as the European Court of Human Rights.  However, even following a judgment in favor of the men, few (if any) demonstrable changes have been made to include other minorities in government at the national level.

The preliminary results of the census will not be available until January 2014 at the earliest, so the exact ramifications of this massive record-keeping effort remain to be seen.  At the very least, the census will serve as a barometer for the current political outlook. It is clear that the issues of political representation need to be addressed, especially as Bosnia attempts to move forward with its bid to join the European Union (EU) and NATO.  The Dayton agreement was a start, but the original conditions that made ethnic divisions in Dayton necessary are no longer relevant.

It is time for Bosnia to stop perpetuating a flawed quota system, and to start thinking about what the next step should be.  Eliminating ethnic quotas fixed in the Dayton agreement, as well as allowing all Bosnian citizens the opportunity to participate in their own government, would go a long way to signal Bosnia’s intentions in establishing a truly democratic government to the EU.  It is still in the best interests of both the United States and the EU to continue to support Bosnia in promoting a peaceful, multi-ethnic government, but this does not mean that either Bosnia or the West should continue to hold the Dayton agreement on a pedestal.

Sarah Bedenbaugh is an intern with the Atlantic Council’s Transatlantic Relations program.