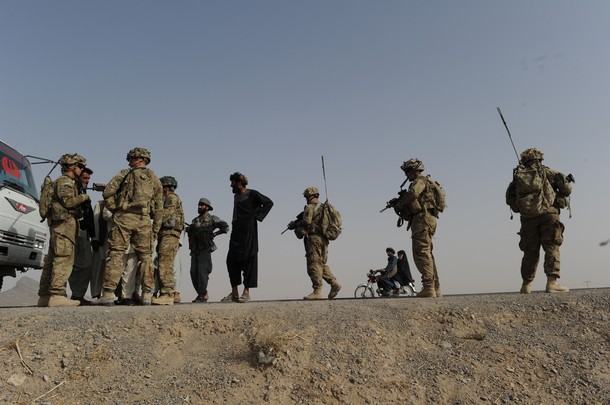 Since November 2001, the United States has been on a massive war footing, with 2.4 million forces deployed in combat in Iraq and Afghanistan. Compared to previous wars, thankfully, casualties have been minimal. In Iraq, under 4,500 were killed and 30,000 wounded. In Afghanistan, fewer than 2,000 have been killed and 15,000 wounded.

While physical wounds have been relatively low, the psychological impact of these wars will resonate within the US military for years to come. Post-traumatic stress disorder is at epidemic proportions and more American troops have died from suicide than combat injuries this year.
While we can tally the human cost of the wars, we cannot yet know the impact on the military’s strategic culture and thoughts on war. Today’s junior leaders principally know counterinsurgency and counterterrorism. It is unclear if these leaders will embrace these missions in the future or reject them as the Vietnam generation did.
Today, some senior leaders bemoan the population-centric orientation of the military and worry that the military would not be ready for potential conventional fights. Consequently, while there are 900-plus days of combat left in Afghanistan, the institutional military at the Pentagon is stressing high-end conflict that could take place on the high seas, space, or cyberspace. Secretary of Defense Panetta wrote in the 2012 defense strategic guidance:

This country is at a strategic turning point after a decade of war and, therefore, we are shaping a Joint Force for the future that will be smaller and leaner, but will be agile, flexible, ready, and technologically advanced. It will have cutting edge capabilities, exploiting our technological, joint, and networked advantage… It will have global presence emphasizing the Asia-Pacific and the Middle East while still ensuring our ability to maintain our defense commitments to Europe, and strengthening alliances and partnerships across all regions.

Refocusing the military on traditional competitors is welcomed in the halls of the Pentagon, yet forces in the field and at combatant commands continue to conduct counterinsurgency, build partners’ capacity, and respond to natural disasters around the world.
There remains an unresolved tension on what the military should be prepared to do. On the one hand, there is clearly a group that believes the United States wasted vast resources and failed to achieve core objectives in Iraq and Afghanistan. Consequently, they contend, the military should eschew counterinsurgency and focus efforts on “real” warfighting. The novelist Mark Helprin recently captured this mood and eloquently wrote that we need to acknowledge that victory is not “leaving divided, violence-plagued, tinder-box nations hostile to American interests, friendly to its enemies, and largely unchanged despite our mission of transformation.” For Helprin and others, the United States needs to exercise restraint when it comes to military intervention.
On the other hand, there is a group that says that, even if we wanted to, we cannot run away from the past because the future will be dominated by the United States leading coalitions to combat sub-national and transnational forces. They point out that conventional warfighting is actually the exception in US history and that counterterrorism, counterinsurgency, and exporting security are therefore core military missions. They argue, therefore, that the American military should do its best to learn the lessons from Iraq and Afghanistan. This group draws strength from the last decade and notes that we could have done better had we listened to voices from the 1990s such as Marine General Krulak’s characterization of a future “three-block war.”
At one point in time, one block, they’ve got a child in their hands, they’re wrapping that child in swaddling clothes, they’re feeding it, and it’s called humanitarian assistance. The next moment, they’re keeping two factions apart– that’s called peacekeeping. And what you’re seeing is the third block, every once in a while coming into the second, and the third block in the three-block war is what we call mid-intensity, highly lethal conflict.
Krulak attempted to drive strategic thinking and planning toward the types of conflicts the United States was likely to wage. Yet, the institutional military ran away from a three-block war depiction of the future and later found itself unprepared for the wars in Iraq and Afghanistan. It appears this is happening again by closing the book on recent wars  and shifting to the Asia-Pacific region.
As we pivot to Asia, which includes the Middle East and Afghanistan, we must think deeply and discuss honestly the changing American way of warfare. While many want to run away from the last ten years as astrategic, we must consider that the wars were only different in degree from previous conflicts in the Balkans or the Middle East. We should not let the convenience of thinking about warfare in 2030 guide national security thinking. If we do, NATO forces will be unprepared for future stability operations, counterinsurgency operations, and counterterrorism Alliance countries are likely to undertake over the next 20 years.