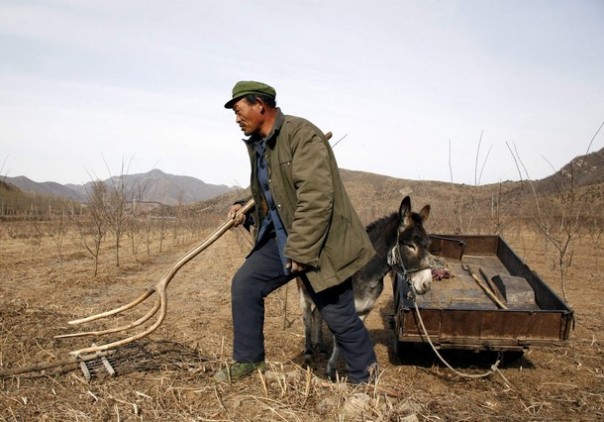 The challenges posed by climate change are too severe to rely on military institutions that are equipped only to respond to crisis situations.

The international security implications of climate change will not truly be felt for at least another fifty years, so even if securitization is successful, the United States will not have a significant international role until the world is embroiled in multiple crises.

The recent debate about how best to deal with the eventualities of climate change are predicated on the inevitability of the worst case scenarios.  Policy makers in the United States are attempting to assign the responsibility for combating climate change to the military.  This process of securitization diminishes accountability, and more importantly, expenses in the short term.

While this solution seems appealing, as it greatly reduces the immediate costs of climate change, all it truly succeeds in doing is driving up the long-term costs by causing the U.S. to overstretch its capabilities in the future, both monetarily and in human capital.  The military, while capable of moving troops and aid rapidly, does not have the material resources to address multiple disasters at the same time.

It is clear from scientific data that the world will change drastically over the next fifty to one hundred years.  This problem cannot be foisted onto future generations; resources are simply too limited to effectively pass the buck.  So, in the end, the United States will be able to address no more than a handful of international disasters before the well runs dry, leaving billions in dire circumstances.

Rather than securitizing the issue, the U.S. should pursue a more responsible course of action that plans for adaptation to the effects of climate change.  We can predict with a fair degree of accuracy where major disaster zones will occur, largely because they are same zones where we already face challenges to human security.  Take Asia, for example, where food security issues stemming from climate change are a quickly escalating concern.  Colin Chartres, the director general of the World Bank-funded International Water Management Institute, recently stated:

There is no new land or water to develop so we have to make more use of what we have. Existing irrigation systems are often 50 to 70 years old. They are leaking and water is evaporating. We urgently need a new generation of irrigation. That is the only way we are going to feed everyone.

If we don’t [invest] we will see food crises like the one in 2007 repeated over and again. That was an early warning. If nothing is done, you are going to get an increase in social unrest, migration and a fertile ground for terrorism.

This assessment accounts for the current state of agriculture in Asia and the continent’s projected population growth.  Compound these concerns with the likely effects of climate change, which will not only reduce the amount of available land but also turn some of Asia’s most fertile soil unproductive, and the crisis becomes much more severe.

Situations like these demand action now.  They also demand U.S. leadership.  We need to stop relegating tough decisions to future generations that will be less equipped to deal with the problems.  Instead of allocating more money and expanding the mission of the military, Congress should work on structural reforms to USAID and allocate funds to help the world adapt to some of the likely unpreventable effects of climate change.  If the United States and other developed nations act in concert to build the infrastructure needed to help nations adapt to climate change, the world can avoid humanitarian catastrophes in the future as well as save major economic resources.

Ross Rustici is an intern with the Atlantic Council’s Energy and Environment Program.  He is studying for an MA in International Relations and an MA in Public Administration from the Maxwell School of Public Affairs at Syracuse University.