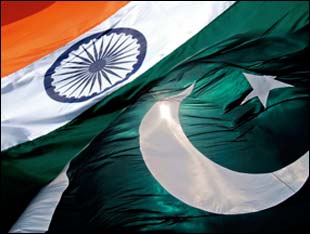 “Unless it starts to behave, why should India not treat Pakistan like the errant child that it is and simply ignore it?” thundered a journalist from The Hindu. “You can’t ignore it even if you tried,” a Pakistani security analyst said in challenge. “I can tell you from my experience as a parent that ignoring an errant child often has disastrous consequences,” said a war studies professor, trying to inject some levity into a serious discussion on regional stability at a closed-to-public roundtable discussion at King’s College London early this month.

The tendency to personalize things has not only hampered dispute resolution between India and Pakistan, but also gotten in the way of dialogue. Until about a decade ago, prominent civil society voices, even after intense squabbles, would reminisce about trips across the border and the lifelong friendships formed there. The Indian conflict-resolution industry in particular would bend over backwards to push the doctrine of asymmetry, using the metaphor of older brother India who must show extraordinary generosity to younger sibling Pakistan despite his transgressions. Today, Indian civil society seems to have largely given up on this narrative. Instead, it increasingly believes India is now rightly feeling like an exasperated parent whose errant child refuses to behave.

The growing exasperation of civil society on both sides, each less convinced than the other of the need for talks, is alarming. In the past, the unnerving commitment of the political class to a realism that rendered peace idealistic and unnecessary was balanced by a civil society that helped cut through the diplomatic red tape and fossilized positions. Today, civil society is ailed by the same convenient political realism (read: skepticism) that has doomed peace between India and Pakistan for over half a century.

Unofficial roundtable conferences are an instrument of despair, often convened out of frustration over official deadlocks. Still, one expects them to produce more than the staid old ideas obdurately bounced around at official summits. Unofficial interlocutors’ contributions are limited, but they can and do change political cultures, making parties more receptive to negotiation and capable of resolution when the opportunity arises. They also help foster the sense that solutions may be available and attainable.

However, if some of the comments in the committee room at King’s College were any indication, it is clear that the usual refrain of politicians is now also echoed by voices in civil society. The Indian side provides justifications for the terrorism-first approach, that Pakistan take action against the Mumbai perpetrators before broader talks are renewed. The Pakistani side demands a return to the composite dialogue of 2004-2008 that was halted by New Delhi after Mumbai. Both sides share an uncomforting doggedness about nomenclature and preconditions.

Not too many years ago, it was precisely a compromise on nomenclature and fierce backchannel negotiations that almost bagged a solution to Kashmir. According to Khurshid Kasuri, then Pakistan’s foreign minister, by mid-2005, significant progress had occurred. Only five persons in Pakistan, and probably even fewer in India, were in the loop. But these talks weren’t opaque. Statements by then Pakistani president Pervez Musharraf and Indian Prime Minister Manmohan Singh strongly hinted at what was going on.

What happened next is what always happens: progress was drowned in a bureaucratic cesspool. Insiders say after the broad contours of the Kashmir solution were worked out, Singh was confronted with a diplomatic dilemma: to go for a big-bang approach or settle for incremental progress. The conservative instinct in the system preferred decided in favor of the latter, which meant relying on negotiations between the two bureaucracies. And bureaucracies by their very nature only know how to slow things down, which is what they have done even on the simpler issues like visas and mobility for diplomats..

Leaving things to officialdom is the surest path to deadlock. And that is why the hardened faces of those expected to develop innovative solutions away from the public eye shows how bad things have gotten.

For India, conflict diverts attention from the more worthwhile pursuit of economic growth and takes the gloss off Shining India. For Pakistan, easing tensions will encourage it to play a more constructive role in Afghanistan and act meaningfully against Islamist terror groups. And this is why the Indian journalist who announced “there is absolutely no incentive for [grand] peace” was wrong. The unlikelihood of a grand, gradual settlement on core issues does not foreclose the possibility of picking the low hanging fruits. For that, members of civil society have to take seriously their role in balancing dialogue and finding a middle ground in Pakistan-India interactions instead of becoming obituary writers of the subcontinent’s dying peace constituency.

Mehreen Zahra-Malik is Assistant Editor for The News International. This article was published for Newsweek Pakistan.