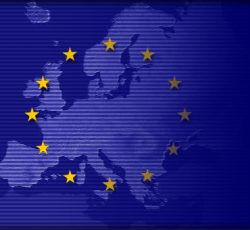 Recent months have powerfully brought to light that the enthusiasm for the idea of the European Union as a common home without borders is far from internalized by European societies.

The eurozone crisis and problems with immigration have once again refuted the illusion that the EU is based primarily on common values and identity rather than national interests. As soon as basic individual interests, security and economic welfare are at stake, the sense of a European solidarity fades.

At a time of growing euro-scepticism and -disappointment, Poland assumed the rotating Presidency of the Council of the European Union on July 1. Even if the Treaty of Lisbon substantially reduced the possibilities and competencies of the country holding the presidency, it is still expected to manage effectively the work of the Council, look for compromises between European institutions, substantially set the European agenda, and coordinate a common effort either in resolving problems or in putting fresh ideas into the European framework.

Poland, the largest of the 10 states which joined the EU in 2004, has been portrayed over the last months as a surprisingly fast developing country and an aspiring regional power. In 2009 Poland, with a GDP growth rate of 1.7 percent, was the only EU member state not to fall into recession. According to the World Bank as well as the International Monetary Fund, in 2010 Poland surpassed the Netherlands to become the sixth largest economy in the European Union measured in purchasing power parity, and the fastest growing country in the EU. Taking into consideration that Poland is the biggest net beneficiary of the EU budget, the strong confidence of the Poles in Europe is not surprising.

Prime Minister Donald Tusk has based the main line of Poland’s public diplomacy during the EU presidency on this uncommonly high euro-optimism. Accordingly, the main “unofficial message is to rebuild trust and optimistic faith in the sense of Europe, and reinvigorate the EU with the Polish enthusiasm.

The problem however, is that the Polish euro-enthusiasm clashes with a deep euro-frustration and -disillusionment in many other European countries. Most importantly, the sharpest contrast in the attitude towards the EU seems to be between Poland and the three politically and economically crucial EU member states: Germany, the United Kingdom and France. The Eurobarometer data released in March 2011 shows these differences clearly. Whereas 34 percent of German, 43 percent of French, and 46 percent of UK citizens are pessimistic about the future of the EU, only 15 percent of Polish respondents share that view. Furthermore, while 78 percent of Poles believe their country has benefited from being a member of the EU, only 49 percent of Germans, 46 percent of French, and 27 percent of British citizens assess their EU membership in a similar way. Moreover, the survey shows that the Poles are outstandingly optimistic about the future direction of the European framework as well. The majority of the Polish respondents (55 percent) assume the EU is going in the right direction, but less than one-third of respondents in the other three nations expect the same.

These significant differences in the attitudes towards the EU between Poland and the key European countries shall be regarded as a problem, since they are rooted in a disagreement on some absolutely crucial structural problems, increasing additionally the psychological distance between the most prominent representatives of Western and Central Europe. At least regarding two aspects, Poland is on the opposite side to the richer Western European countries: the distribution of EU spending, and the further integration within the EU, as well as between the EU and third countries.

First, in times of crisis people worry primarily about their own economic well-being and the economic and fiscal situation of their countries; the taxpayers in the net contributor states are much less willing to sacrifice for the benefit of poorer European countries. Consequently, Paris, Berlin, and London want to secure a real-term freeze in the next multi-annual budget framework 2014-2020. Warsaw, by contrast, according to its own interests, openly advocates its enhancement, planning to make a debate over the necessity of increasing the cohesion founds to be one of the most important topics during its EU presidency.

Second, while the vast majority of EU countries are against further enlargement of the EU to Eastern Europe, the Balkans and Turkey, Warsaw aims to conclude Association Agreements with Ukraine, accelerate negotiations on such an agreement with Moldova, and displays less resistance toward a potential EU-accession of Turkey. Moreover, in recent months increasingly more EU countries have discussed the possibility of tightening border controls as a means to counter illegal immigration and cross-border organized crime.

This latent tendency has broken out significantly after a tension between Italy and France regarding the extraordinary influx of migrants from North Africa, which reached a culminating point with Italy’s Berlusconi threatening to leave the European Union. Both countries called on the Commission to change the regulations of the Schengen framework. Subsequently, at a meeting of EU interior ministers in May 2011, 15 of them called for amendments to the agreement. In July 2011 Denmark deployed about 50 customs officials on its borders with Germany and Sweden. One day later Norway (not an EU member state, but part of the Schengen border-free zone) introduced border controls on its frontiers with Sweden. Now, while the biggest European countries complain about too much Europe, Tusk considers more Europe, and more integration to be a remedy for the European crisis. By pursuing progress of visa liberalization with third countries, particularly with the Eastern Partnership states and the Russian Federation, Warsaw must, therefore, expect to be confronted with a lack of understanding by the part of Europe lying westward from Poland.

All these examples reveal a substantial clash of national interests of EU member states. And the fiery July 7 European Parliament speech by the Polish prime minister pointing out the lack of European solidarity certainly cannot be seen in a different context. The net contributors are not likely to be convinced by the main net beneficiary that the European integration is going in the right direction. Nor are they going to think more optimistically about the current economic situation only because Tusk reminds them of the much stronger difficulties Poland had to overcome during the transition from a socialist to a free-market economy. No matter how right he might be, in some parts of Europe his message may be perceived either as provocation or ignorance. The Eurobarometer confirms these different perceptions: Whereas 52 percent of German, 70 percent of French, and 71 percent of British respondents assess the current situation of the European economy as bad, the majority of Polish people perceive it as good, and only one-third of the Poles share the negative beliefs of the three key European societies.

To make it clear, Poland does have the potential to conduct the next six months of the EU presidency both, in the interest of other European countries and its own. Rather than reprimanding the European community for a lack of solidarity, Warsaw should propose solutions to the existing critical problems Europe faces, and Poland can show it has the strength to handle them efficiently.

The first issue is doubtless the eurozone crises. To be sure, Poland alone, and remaining outside the eurozone, cannot effect a miracle. But being the only country to grow continuously throughout the recent economic crisis makes Warsaw a credible partner to address this issue competently. In this context, Poland should try to make its English-born finance minister, Jacek Rostowski, more visible in Brussels and the international media. Leaving the eurozone problems unsaid during his speech in the European Parliament, Tusk can be accused of overlooking or ignoring the most important issue the EU is struggling with at the moment.

The second problem Europe faces, and Warsaw should put special attention to, is immigration policy. Instead of pushing for visa liberalization with third countries, Poland should concentrate on common, effective management of the EU’s external borders in times of crisis. The first step should be a close examination of the already existing border agency FRONTEX based in Warsaw. By discussing the problem of the immigrant flow in a broader context of the turmoil in North Africa, Poland could try to establish its successful transformation from an authoritarian regime to a democracy as a model, which is capable of being transferred into other regions of the world. Poland not only enjoys a worldwide respect for its own democratic achievements, but also does not have the stigma of a colonial state. As a result, Warsaw could help make the EU voice stronger in Arab countries such Egypt or Tunisia, and, consequently, gain more importance on the European stage.

In summary, the public diplomacy concept has experienced an enhanced interest of political and media researchers for the last three decades. Many political leaders have internalized the importance of an effective communication with foreign audiences, however, already for centuries. Accentuating a lack of solidarity and pleading for more euro-optimism may be a good tactic for Tusk’s party to win more voters in Poland’s parliamentary election in fall 2011. This approach will not, however, make any positive change in the disillusioned European community. Rather, other European societies are waiting for solutions to reduce the damaging imbalances in the eurozone, boost economic recovery, and resolve the problem of criminality they associate, rightly or not, with the EU enlargement, leaky external borders, and the Arab Spring.

Focusing on projects essential for the EU, but not necessarily being seen as key problems by the majority of European citizens, as for instance the Eastern Partnership, should take place mainly in Brussels’ decision-making institutions and agencies. There is no doubt that Warsaw must lobby for strengthening cooperation between the EU and the post-Soviet states. But because of the scarcity of human attention, and the current focus of the European nations on other problems, it should not be portrayed as the main message of the Polish EU presidency. Is that hypocrisy? By no means. Rather, regardless of what might be desirable normatively, each EU presidency is primarily a means to improve things in the national interest of the presidency holder, increase its influence on the European arena, as well as enhance the positive image of the ruling party. Hypocrisy would be to assume that the opposite is the case. The trick is, however, to best possibly connect the state interest, the interest in holding onto office, with interests of those European countries having the largest say in the EU. The next months will show if the Tusk party is capable of keeping a balance between the three of them.

Dr. Daria W. Dylla is a senior researcher and a teacher at the Institute for International Politics and Foreign Policy at the University of Cologne. She specializes in the European Foreign and Security Policy, transatlantic relations, and theories of International Relations.