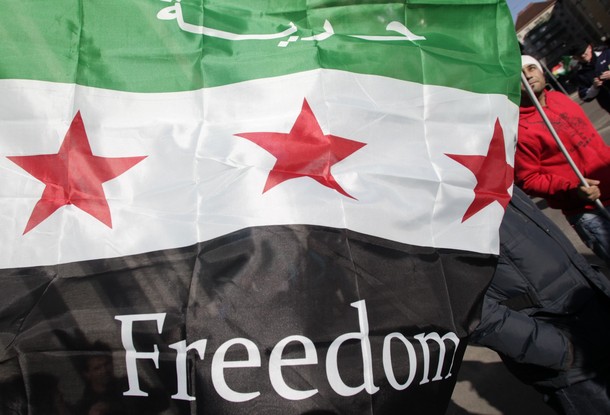 The United Nations account of the 8317 dead and counting in Syria is disturbing, even more so as the international community remains divided and actions to curb violence have proved unsuccessful. In this apparent gridlock, the European Union has adopted a hard-pressed and steady posture against the regime. The pressure may be growingly biting, yet the regime is still in place and does not show signs of alleviating its violent campaign against the protestors. Can the EU do more?

The EU has been at the forefront of sanctions against the Syrian regime. It has approved eleven rounds of sanctions, and a twelfth is scheduled for next Monday. This unprecedented campaign of sanctions is a sign of cohesiveness among the member states. Additionally, the complexity and multi-layered approach demonstrate a careful attention to avoid targeting the population. So far, it has favored visa bans, asset freezes, and trade sanctions. Today, 98 individuals, including the Syrian president, and 37 national entities are subject to EU’s “restrictive measures.” The European Council has imposed sanctions on the sale of all items that could be used in the internal repression and oil export among other restrictions. The next round will likely target additional individuals and entities, freeze assets of the Syrian central bank, ban Syrian freight transport to the EU and the purchase of diamonds, and other precious metals. We will get to a point where almost all imports from Syria will be prohibited in the EU.

European leaders have also stopped shying away from using strong rhetoric against the al-Assad regime. EU High Representative for Foreign Affairs Catherine Ashton “condemn[ed] in the strongest terms [the violence] perpetrated by the Syrian regime against its own civilian population.” French President Sarkozy and UK Prime Minister Cameron said after the Franco-British summit last week that “by ordering massive use of force against his own people, President Assad has lost legitimacy and must step aside.” The Danish Foreign Affairs Minister Søvndal, who holds the rotating EU Presidency, said that “the urgent priority was to stop the regime’s repression and escalating violence.”

They have been increasing diplomatic pressure against Syria. France and the UK have been pushing for UN Security Council resolutions against the al-Assad regime, to no avail so far. Many member states have recalled their ambassadors in Damascus at least once for consultations as a sign of disapproval against the regime. They have so far refrained from shutting down their embassies but most member states limit their work on the ground to cooperation with the civil society and the opposition. The EU has been betting on the Arab League to make a breakthrough and showing strong support to its initiatives. Catherine Ashton and all member states will partake in the “Friends of Syria” meeting in Tunis on Friday to explore additional solutions to force the Syrian regime to halt the cycle of violence as well as ways to assist the Syrian population and provide humanitarian assistance.

The Syrian regime is certainly more isolated than ever but shows no sign of imminent collapse or ending the campaign of violence. For the EU, we are closely reaching a delicate threshold. The EU may be forced to go all the way and start enforcing a harsher regime of sanctions, which may affect the population, or just target new individuals and add some cosmetic bans, because it cannot afford not to impose fresh sanctions. The parallel alley is to support all diplomatic initiatives that heighten the pressure against the Syrian regime as well as “isolate,” the diplomatic language for “shame,” Russia and China for their position. The EU and the member states alone, even with the United States, are unlikely to make the opposing parties budge on their posture. The more countries they can ally with though, either from the Arab states or elsewhere, the broader the coalition to find a sustainable solution.

The member states have come to a consensus to rule out any Western military intervention in the region and providing military equipment to the opposition. The EU supports the Arab League call for a UN peacekeeping mission, but member states are unlikely to provide troops. There is no political will and the military capabilities are still exhausted from the Libyan campaign. A peacekeeping mission could however only work if there is a respected ceasefire on the ground and would require a certain degree of cooperation with the Syrian regime, which seem a long shot for now. Without those conditions in place, a military intervention could have dreadful fallouts in the entire Middle East.

Most member states are keen to provide support to the opposition, short of military equipment. They fear, with good reason, that the proliferation of weapons in such a volatile region would be detrimental to any peaceful solution in the short run and the presence of large stockpiles of weapons could have be a disastrous destabilizing factor for the region in the longer run. Besides, the opposition is too fragmented. France and Turkey host several prominent opposition figures but their bilateral rivalry impairs any cooperation to play a positive role on bringing the opposition together. A better organized opposition might be the key to unlock the stalemate with Russia and China.

So what now? This is where it gets frustrating. The element lacking in Europe’s actions is a greater cooperation with Turkey. Other than that the EU has been consistent and exemplary in most regards. Due to its reticence to commit to more radical and riskier means to push the regime out, the EU can only count on the Syrian opposition to build a more united front that can be presented as the face of the opposition, on Russia and China to soften their position, and on the regime to either collapse or give up the power. Unfortunately, none of those three claims seems in the offing.

Vivien Pertusot is head of office of the French Institute of International Relations (Ifri) in Brussels, Belgium. You can follow him on Twitter: @VPertusot.