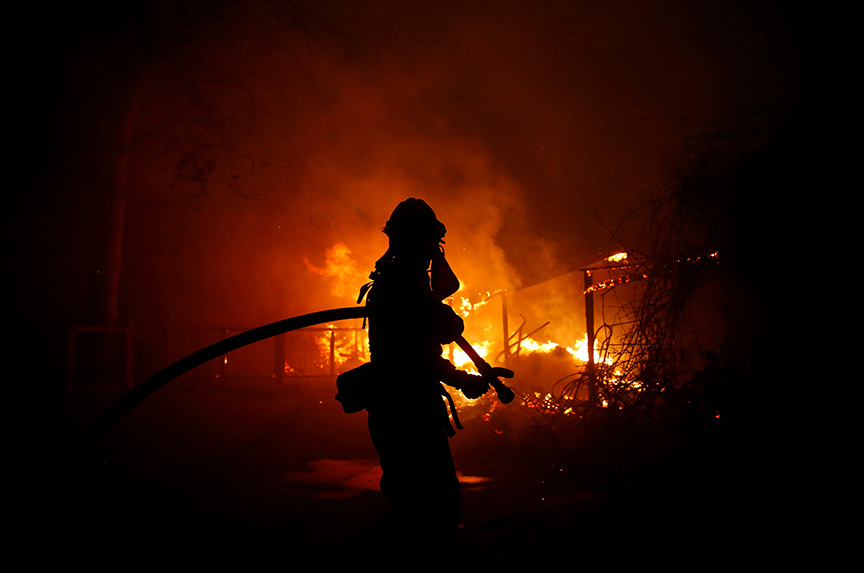 A firefighter battled the Woolsey Fire in Malibu, California, on November 9. The fire destroyed dozens of structures, forced thousands of evacuations, and closed a major freeway. (Reuters/Eric Thayer)

The fires that have wreaked havoc during this historic season—including the ongoing Woolsey and Camp Fires in California – are just the latest in a series of fast-moving and difficult-to-contain conflagrations to hit the United States in 2018.

While this year’s most intense fires have captured national attention as the largest, most destructive, and deadliest in California history, the total number of fires occurring annually in the United States has actually declined gradually in recent decades.  During this same period, however, total area burned per year by wildfires has increased dramatically. The result: the size of the average wildfire in the United States is spiking.

The below Adrienne Arsht Center for Resilience video explains more about this evolving threat and why it matters from a resilience perspective:

The tragic #WoolseyFire and #CampFire are the latest in a series of large, destructive, and deadly US #wildfires in recent years. Understanding the changing threat is the first step toward building more system-wide resilience.#CaliforniaWildFires pic.twitter.com/6qowYyIBRA