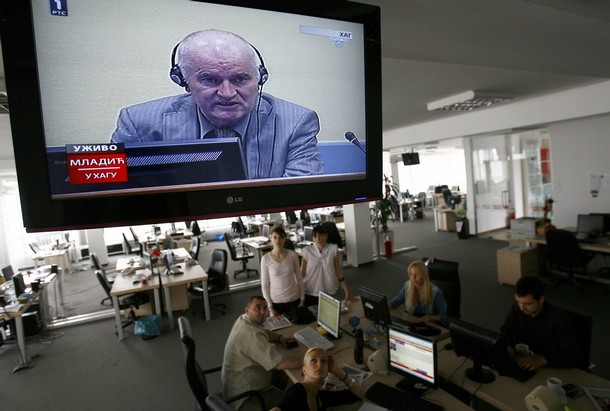 In 1987, in a harbinger of the conflict that was soon to engulf Yugoslavia, Slobodan Milosevic was dispatched to its southern province of Kosovo to diffuse rising ethnic tensions. Fatefully pledging before a Serbian audience that “no one will ever dare to beat you again”, his words instead unleashed a wave of nationalist fervor that led to war and left Serbia isolated from the United States and Western Europe.

24 years later, as Serbia’s last remaining fugitives of the Balkan wars continue to arrive at the Hague, the bellicose assurances of the late Milosevic have been replaced with a more hopeful promise from Europe’s leaders: that of Serbia’s future membership in the European Union. In light of the Serbian government’s arrest and extradition of former Bosnian Serb army commander Ratko Mladic, the time has come to fulfill that promise.

Serbia’s candidacy for EU membership has consistently been linked by EU officials to its cooperation in prosecuting former high-level civilian and military leaders responsible for the 1992-95 Bosnian war, which claimed over 100,000 lives and displaced over 2 million people. In the years following the war, General Mladic was known to have resided inside Serbia, where the protection of the Milosevic regime permitted him to dine at restaurants and attend football games in Belgrade. Opponents of Mladic’s allies in the Serbian government were targeted by elite police and military battalions, which carried out the assassinations of former president Ivan Stambolic in 2000 and Prime Minister Zoran Djindjic in 2003.

The capture of Mladic last week by the Serbian Intelligence Information Agency reveals the changes that have taken place in recent years under the leadership of Boris Tadic, Serbia’s current reform-minded president. Tadic has clearly staked his political future on stronger ties with the West, yet in light of the virulent nationalism that was once regnant in Serbia and that still resonates among a significant percentage of its electorate, he must tread cautiously; appearing too willing to work with governments of the EU could easily be portrayed as kowtowing to Serbia’s erstwhile enemies. In a country where war with NATO forces is still a relatively fresh memory in the minds of many Serbs, allowing such perceptions to take hold would be tantamount to political suicide.

As President Tadic prepares to face elections next year, his political survival may depend on whether the risks he has taken are ultimately offset by the prospective rewards of his cooperation. When Tadic first won elections to assume the presidency in 2004, his principal opponent then and in years to come was Tomislav Nikolic of Serbia’s Radical Party. Candidate Nikolic demanded the return of Serbian military forces to Kosovo, espoused dreams of a “greater Serbia” and called for closer ties with Russia, later proposing a union with Russia and Belarus as a means to “stand up against the hegemony of America and the European Union”. In the first round of voting, Nikolic received a greater percentage of votes than Tadic.

The response of EU leaders to Tadic’s extradition of Mladic, who had long been cited as the chief obstacle to Serbia’s candidacy for EU membership, will have significant implications for Serbia. Should his cooperation be rewarded by accelerating Serbia’s accession, Tadic will be bolstered as he heads into next year’s elections. If it is not, the beneficiaries are likely to be his opposition, including those who regard Mladic as a hero and have sought to justify Serbia’s defiance of the International Criminal Tribunal on the grounds of an anti-Serb bias in Brussels and Washington.

It will also have implications for the future of the EU, which will not be able to fully achieve its vision of a Europe at peace without engaging Serbia. Serbia’s accession will reduce the likelihood of support for violence over the status of Kosovo, a crucial opportunity for the EU to cement its role as a unifying force in a part of the world that remains dangerously divided along ethnic lines. Furthermore, it will forge a potential model for the candidacy of Bosnia-Herzegovina, which remains divided 16 years after the signing of the Dayton Peace Accords.

The extradition of Ratko Mladic marks Serbia’s transformation, from pariah state to prospective EU member state. EU leaders should recognize and reinforce this positive development by granting Serbia membership as quickly as possible. Far worse than merely compromising their credibility, a failure to keep past promises would strengthen revanchist forces in Serbia, risk the re-emergence of enmity over Kosovo, and undermine the EU’s goal of stabilizing the Balkans. In Belgrade today, the hour of Europe has, at last, arrived; the time to act is now.