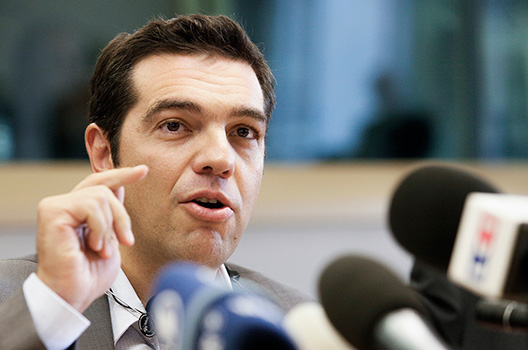 This time last week, Greece faced an ultimatum: enact a laundry list of economic reforms—known as “prior actions”—by July 15 in order to start negotiations on the country’s third financing program in five years, or face expulsion from the nineteen-member currency union. Determined to keep the euro, even in the face of new austerity, the Greek Parliament voted at the eleventh hour to approve the prior actions demanded by European creditors in a Euro Summit statement July 12.

Greece, however, was not the only national parliament that had to agree to a new round of negotiations. Germany, Finland, and Austria were among the countries that had to decide whether Greece’s approval of the latest—and most stringent—set of prior actions warranted a fresh round of bailout talks. On July 17, the German Bundestag voted by an overwhelming majority to continue negotiations with Greece, as did many Scandinavian and Baltic countries, clearing the way for new talks on Greece’s prospective €86 billion bailout program.

Why Were These Votes Significant?

The Greek Parliament’s vote to begin legislating new austerity measures in advance of any bailout deal was the first step toward rebuilding trust with creditors after months of acrimonious talks, which nearly culminated in Greece’s expulsion from the Eurozone two weekends ago.

The subsequent national votes in favor of continued talks were both a formality and a signal that European creditors are willing to reconsider short- and long-term financing solutions in order to keep Greece solvent and part of the euro area.

To that end, following the requisite votes, the European Union (EU) disbursed a €7.16 billion bridging loan to Greece so that the country could clear its arrears to the International Monetary Fund (IMF) from June 30 and fulfill its next debt payment to the European Central Bank (ECB) on July 20. Most of the money—about €6.8 billion—was paid out to the institutions as soon as Greece received it, improving the country’s standing with its creditors, but not its overall financial condition.

What Does This Mean for Capital Controls?

Thanks to the EU loan, combined with the ECB’s July 16 decision to raise its emergency liquidity assistance (ELA) to Greece by €900 million, Greek banks were able to reopen July 20 after a three-week shutdown. The banking sector is still subject to capital controls, however, as Greeks can now remove a maximum of €420 per week, a slight improvement on the previous limit of €60 per day. Greek shareholders, moreover, still cannot buy or sell stock, as the Athens exchange remains closed.

Where Do Creditors Stand on Debt Relief?

In a significant departure from previous proposals, the Euro Summit text mentions the possibility of restructuring Greece’s debt in concert with the IMF. In so far as Greece fully implements its latest set of prior actions, the IMF and various Eurozone countries stand ready to consider “additional measures aiming at ensuring that gross financing needs remain at a sustainable level.”

However, the issue of debt relief has become a major sticking point between the IMF and some creditor nations, particularly Germany. IMF Managing Director Christine Lagarde has strongly criticized the preliminary bailout plan included in the Euro Summit text, arguing that it does not provide enough debt relief. Her remarks build on a recent debt sustainability report published by the IMF July 14, warning that Greece will require far more generous debt relief than what is currently on offer given that public debt will peak at around 200 percent of GDP within the next two years, according to IMF estimates.

Among its recommendations, the Fund is urging Eurozone countries to allow Greece a 30-year grace period before it has to start repaying its debts, and has even floated the option of writing off a portion of the debt, known as a “haircut.” However, German Chancellor Angela Merkel insists that any debt restructuring can only involve maturity extensions, not forgiveness, and will be subject to strict conditionality.

It remains to be seen whether Merkel can keep debt forgiveness off the table now that her hardline position is coming under fire from other creditor interests. ECB President Mario Draghi, for example, has appeared to throw his weight behind calls for more extensive debt restructuring at a July 16 press conference, saying that “it’s uncontroversial that debt relief is necessary” and that the focus now should be choosing the most appropriate form of relief.

How has Tsipras Dealt with Dissidents in His Party?

Since the Greek Parliament’s July 15 vote on prior actions, where many ruling Syriza party MPs either voted “no” or abstained, Greek Prime Minister Alexis Tsipras has ousted the members of his party’s ultra left-wing faction, the Left Platform. The reshuffle means that Tsipras now controls a Cabinet more loyal to him and more committed to reaching a bailout deal with his country’s creditors.

Given how far Tsipras has deviated in practice from his strident anti-austerity platform, snap elections may have to be called in the fall. Yet with an approval rating of nearly 60 percent, more than ten points clear of his closest rival, Tsipras looks well positioned to win again.

Demetrios Papageorgiou is an intern with the Atlantic Council’s Global Business and Economics Program.