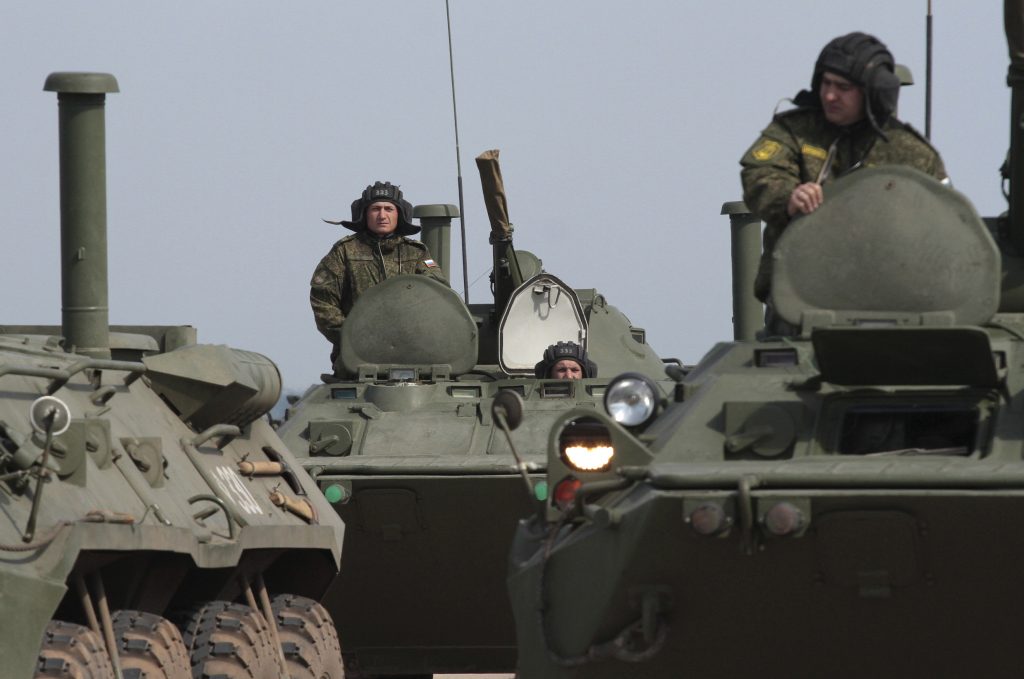 Why is Russia planning on building an aircraft supercarrier in the next decade? The answer may seem self-evident: Russia wants to challenge the United States as a global power.

One of the United States’ chief tools of projecting its power is its fleet of aircraft supercarriers: eleven ships with a capacity of more than 70 aircraft. Carriers have participated in nearly every US armed conflict since World War II and have proven time and time again to be strategic military tools. Indeed, the Soviet Union had its own fleet of smaller aircraft-carrying cruisers during the Cold War, primarily to counter other naval forces. It scrapped and sold all but one, the Kuznetsov. Considering Russia’s recent military modernization projects, which have included new nuclear submarines, aircraft, and armored vehicles, it should be no surprise that Russia wants to develop its own supercarrier. The ship is projected to carry more than 100 aircraft, according to the Krylov State Research Center. That is double the Kuznetsov’s capacity. But is a new aircraft carrier worth the cost?

The direct cost of producing this aircraft carrier will be astronomical, including not only production costs, but also the cost of reorienting a naval industry around producing a ship of significant size. Matthew Bodner of the Moscow Times lays out these costs. The indirect costs, often overlooked, are too steep to ignore.

An aircraft carrier’s principal role is power projection. It provides air support for forces beyond the reach of a land-tied air force, giving a naval force an edge against adversaries at sea, providing air cover for troops on the ground, and establishing dominance over foreign air space.

Currently, Russia’s regionally focused foreign policy has no need for an aircraft supercarrier. While Russia is capable of shifting the focus of its foreign policy to include a greater global presence, such a change would require considerable political and financial adjustments.

Russia is a significant, domineering regional power, enjoying a near-monopoly of influence on its periphery that is rivaled only by China. It invests significantly in partners from Belarus to Kazakhstan, and breakaway regions in Moldova and Georgia. Russia’s largest trade partners remain regional, with the exception of the United States. Russia’s military interventions have always been characterized by regional self-interests, including its invasion of Ukraine in 2014 and Georgia in 2008, and the first and second Chechen wars between 1994 and 2000. To alter this formula, and truly become a global power, Russia must develop a political and economic investment strategy that would dwarf the immediate costs of the aircraft supercarrier.

Critical to the role of an aircraft carrier is its ability to deploy abroad. This requires friendly ports, and ideally naval bases, for the carrier and its escorts to refuel and resupply. Just as Russia’s investments are regional, so too are its major military bases beyond its borders. Russia has one military base beyond its immediate regional sphere— the naval facility in Tartus, Syria. The base’s security is threatened by the war in Syria, and its capabilities restricted by the large-scale withdrawal of personnel in 2013. In an effort to rectify this deficiency, Russia has engaged Algeria, Cuba, Cyprus, Nicaragua, the Seychelles, Singapore, Venezuela, and Vietnam with some success over access to their own naval bases. Using these states’ naval bases as stop-overs for a carrier battlegroup will, however, likely require significant investment into these ports’ facilities. For example, Russia spent three years—2011 to 2014—updating Vietnam’s naval base in Cam Ranh Bay so that it would be able to supply Russian naval forces. Costly overhauls of foreign naval bases will likely be part of developing the utility of a new carrier.

With a new carrier, Russia is looking for an opportunity to challenge a world order dominated by the United States. Russian foreign policy, however, has offered no alternative framework for the world order since the collapse of the Soviet Union. Russia’s support for Bashar al-Assad’s government in Syria and invasion of Ukraine have demonstrated its interpretations of international law are ad hoc. As a result, Russia’s reputation beyond its regional sphere of influence, and even within it, has suffered. Unless Russia seriously invests in existing multilateral frameworks, such as the United Nations, or develops an alternative competing framework, it is unlikely to gain credibility as a positive contributor to world order.

A supercarrier is not a means unto itself. It is a unit of investment. Building a supercarrier without a corresponding foreign policy and supportive foreign naval bases is like buying a multi-billion-dollar casino chip and not playing any of the games. Russia’s plan to build a supercarrier, if pursued, will likely involve tremendous expenses to retrofit Russia’s navy and foreign policy with a ship that serves no strategic purpose.

Nicholas Varangis is an intern with the Transatlantic Security Initiative of the Atlantic Council’s Brent Scowcroft Center on International Security.

Image: Russian servicemen drive armoured vehicles as they take part in a rehearsal for the Victory Day military parade April 16 in the Crimean port of Sevastopol. Russia will celebrate the 70th anniversary of the victory over Nazi Germany in World War II in May. (Reuters/Pavel Rebrov)