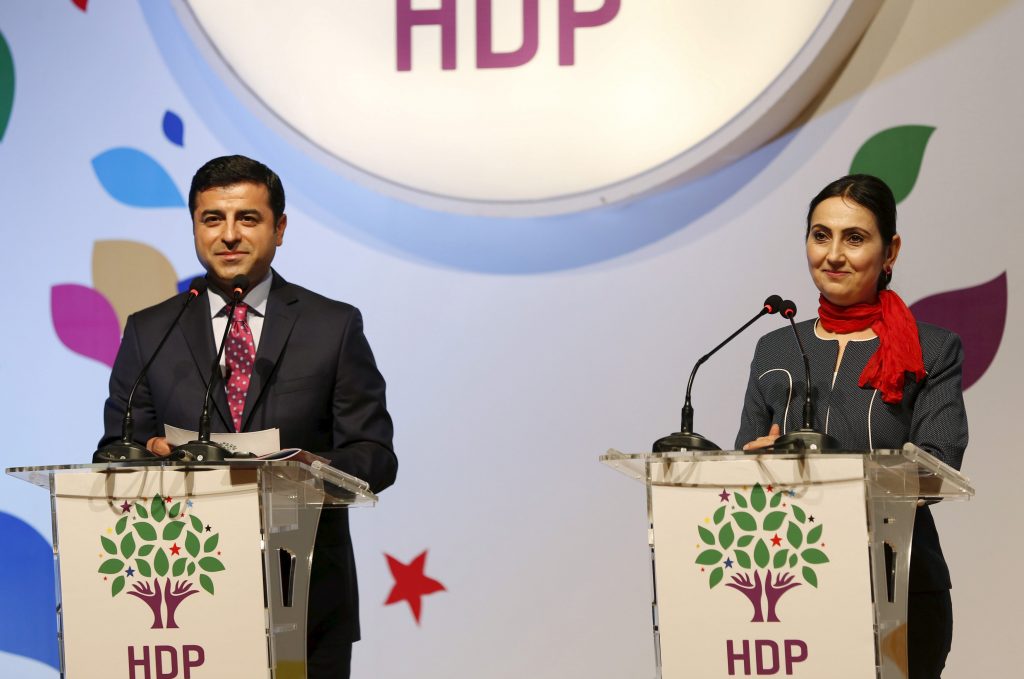 Things are not looking good for Turkey’s ruling Justice and Development Party (AKP) ahead of the parliamentary elections in June. The AKP may lose seats while the Kurdish political party, the People’s Democratic Party (HDP), and far-right Nationalist Movement Party (MHP) are expected to gain seats, according to recent polls.

“Although he is not officially on the ballot, this election will determine the future of Turkey’s most powerful politician: President Recep Tayyip Erdogan,” Aaron Stein, a Doctoral Fellow at the Geneva Center for Security Policy and an Associate Fellow at the Royal United Services Institute in London, writes for MENASource.

Faced with flat poll numbers, Erdogan has recently gone on the offensive and effectively frozen his ambitious effort to end Turkey’s decades old civil war with the Kurdistan Workers’ Party (PKK)—the insurgent group with links to the HDP. He did so for two reasons: the peace process has helped improve the HDP’s image with Turkish liberals, which has prompted far-right nationalist voters to defect from the AKP in favor of the MHP. This increased support for the HDP has threatened to derail Erdogan’s efforts to win enough parliamentary seats to shift Turkey’s power balance toward the office of the president.

Turkey’s political future is tied to the success of the HDP, which holds the key to Erdogan’s presidential ambitions. Erdogan has chosen to challenge the party directly, signaling a willingness to deal with the consequences of an “HDP-less” post-June parliament. The HDP, by contrast, has made it clear that it will not support Erdogan’s presidential ambitions. The possibility for a grand bargain is in play, but so is a return to violence. Much depends on mutual trust, which is now being sacrificed for political reasons.