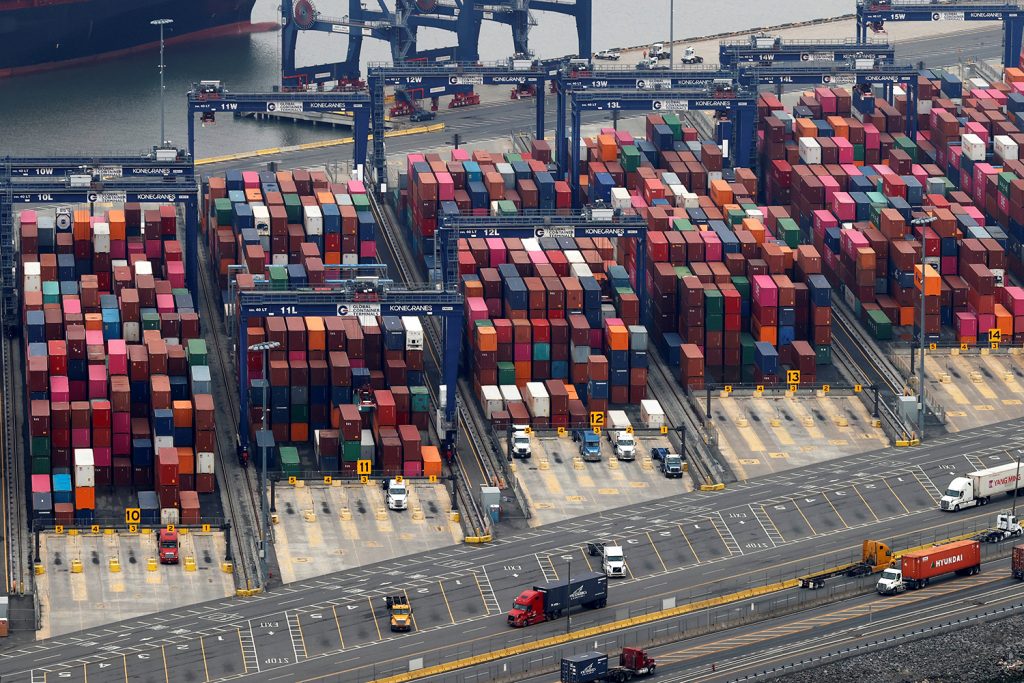 Multilateralism is on the ropes on several fronts—with some astute observers speculating that this might be an existential moment for the post-World War II ecosystem of relationships among nations, and the World Trade Organization (WTO) may be the one organization that truly is confronting a generational crossroads. In the seventy-plus years since the creation of the multilateral trading system in 1947 with the General Agreement on Tariffs and Trade (GATT), there have been three significant transformations. The first occurred in the late 1970s, with the conclusion of the Tokyo Round of negotiations, which substantially built up a new structure of multilateral trade rules on the original foundation, although initially committed to and implemented on a “plurilateral” basis. The second occurred in 1995 with the creation of the WTO at the end of the long-running Uruguay Round negotiations. Depending on one’s perspective, the third may be the one currently in place as a consequence of the slow collapse of the Doha Round of negotiations, which really commenced in 2008 and became more definitive after the conclusion of the Trade Facilitation Agreement in Bali in 2013 and the failure to reaffirm the Doha mandates two years later in Nairobi in 2015.

In the new age of COVID-19, it remains unclear what follows this latest state of play in the WTO, when it will take place, and whether (hopefully) it might blossom into a fourth transformation with a reborn multilateral trading system that can thrive for many more years to come. A next age for the WTO and the system it represents is not a given. The current crisis is more persistent and fundamental than any other that preceded it since 1947, clearly pre-dating the bomb-throwing tactics of the Trump administration. An op-ed in the New York Times earlier this week by US Senator Josh Hawley (R-MO) makes clear that a strong current of anti-multilateral populism on trade continues to take root in the United States.

In the somewhat parochial, although immensely important, day-to-day world of the WTO, a silver lining to the dark storm cloud that has engulfed the planet in the form of this pandemic is that the next Ministerial Conference, which had been scheduled for Nur Sultan, Kazakhstan in June, is now postponed. It appears likely to be rescheduled for sometime in 2021 (perhaps best if later rather than earlier in the year), with the venue currently up in the air.  What had been clear before COVID-19 struck was that Nur Sultan was highly likely to be a colossal failure, if not on the scale of Seattle in 1999, probably more of one than Cancun in 2002. The three legs of the WTO—dispute settlement, negotiations, and even implementation (through the work of the WTO’s elaborate system of councils and committees)—have been on life support. Nur Sultan was not going to produce a range of outcomes to significantly alter these circumstances. In fact, it was more likely to generate a couple of dramatic showdowns, not least of which would have been over duties on electronic commerce.

No one country is fully to blame. The drift and malaise in the WTO has been a collective failure over a number of years—a lack of leadership, with only brief exceptions, such as the effort to conclude the Trade Facilitation Agreement (TFA) in Bali in 2013; a frequent resort to entrenched bad habits, particularly in pitting the developing world against the developed one and engaging in action-numbing group think; and an inability, again with the exception of the TFA, to find new (or rediscover old) creative ways to achieve breakthroughs.

Ironically, now there is breathing space and an opportunity to be successful in doing all of those things, even if the mechanics of interacting between and among national representatives are more challenging than ever before. Here are a few ideas for making the most of the situation and shifting from a scenario of failure two months from now in Nur Sultan to one of success in fourteen to twenty months ahead.

First and foremost, cheerleaders for the WTO should encourage a variety of current and prospective plurilateral negotiations that can produce outcomes by next year and start to create a new foundation of rules for the future. These present the best opportunities for new agreements in the WTO. The ongoing plurilateral negotiation on e-commerce can be completed by 2021, although the configuration of countries in a final agreement may have to shift to achieve consensus on a meaningful set of new disciplines. Others underway include investment facilitation, domestic regulation of services, and promotion of micro-, small-, and medium-sized enterprises (MSMEs). A future area for plurilateral work could cover good regulatory practices to promote greater transparency, accountability, and predictability in trade-related regulatory matters. Ideas are also floating around for plurilateral negotiations to eliminate tariffs and non-tariff measures on medical supplies.

Second, WTO Members must adapt to a new reality on dispute settlement and hope for better days in the future. The Trump administration’s posture on historical problems with the Appellate Body, which has rendered it non-operational, may not change for the remainder of its term. A Biden administration would be more likely to compromise on reforms, but it is hard to know where things might stand in January 2021. For the time-being, the effort of the European Union and a collection of nearly twenty other WTO Members to establish an alternative for disputes between themselves is a very important initiative and others may wish to join up in the future. The United States may eventually come around, but others should not wait for that if they prefer a workable approach for appeals, as opposed to a de facto circumstance that parallels the old GATT system in which panel reports could be vetoed by a losing country.

Third, there can still be the possibility for concluding one-off, even if relatively rare, multilateral results in the WTO. All eyes in this regard are on striking a new agreement on fisheries subsidies, although if these efforts fall short by the next Ministerial Conference, a subset of WTO Members should consider doing a high-ambition plurilateral agreement along the lines of the groundbreaking provisions in the Comprehensive and Progressive Trans-Pacific Partnership (CPTPP), which resulted from the strong leadership of the United States and New Zealand when TPP negotiations were concluded under the Obama administration. Another area for potential multilateral results should be agriculture. Hard issues, such as subsidies and tariffs on agricultural products, are not likely to be concluded by next year, but results on greater transparency and export restrictions might be possible.

Fourth, Members must commit to engaging in more honest discussion of development and pursue—gradually—a departure from the existing system of special and differential treatment (S&DT). This will not be easy, and there are already extreme views on both sides of the issue that will not be easily reconciled. But the WTO can only prosper in the future if there is a critical reexamination of the existing system, which has not worked terribly well and extends back to the 1970s. This will take strong efforts by a mix of developed and developing countries that together take the lead to find areas of compromise that can evolve into a broader approach for the future. A start in this direction might include individual developing countries announcing voluntary actions to decline S&DT and approaches in new agreements that follow the groundbreaking provisions in the TFA.

Finally, there should be scope for new ideas to equip WTO committees to do their jobs better.  There have been recent suggestions from outside observers that the WTO secretariat should play a more activist role in presenting information on implementation of WTO agreements or that outside groups, such as the Global Trade Alert, affiliated with the University of St. Gallens in Switzerland, can submit their monitoring reports directly to WTO committees. Many WTO Members will be very sensitive to ideas like these, and even the WTO secretariat might be as well, given its long-time trusted role as an honest broker with limited authorities. But the current situation in which there are widespread failures to comply with notification obligations puts the whole system at risk. There must be better ways to monitor compliance than having issues stuck in committees and dispute settlement being the only effective remedy.

None of these suggestions are entirely new, but they can be made more relevant with the delay in the Ministerial Conference until 2021. The WTO is far too important to be allowed to drift for much longer. A scenario in which the next Ministerial Conference produces a concrete set of results across all of these areas might set the WTO on a path towards its next transformation.

Transatlantic policymakers must urgently find new ways to address this deepening crisis at the core of the interdependent economy that delivers economic growth and jobs. This requires finding ways right now to reactivate supply chains and increase confidence in supply chain control processes throughout this crisis.

Image: Hundreds of shipping containers are seen stacked at a pier at the Port of New York and New Jersey in Elizabeth, New Jersey, U.S., March 30, 2020. REUTERS/Mike Segar - RC2HUF980UCG/File Photo