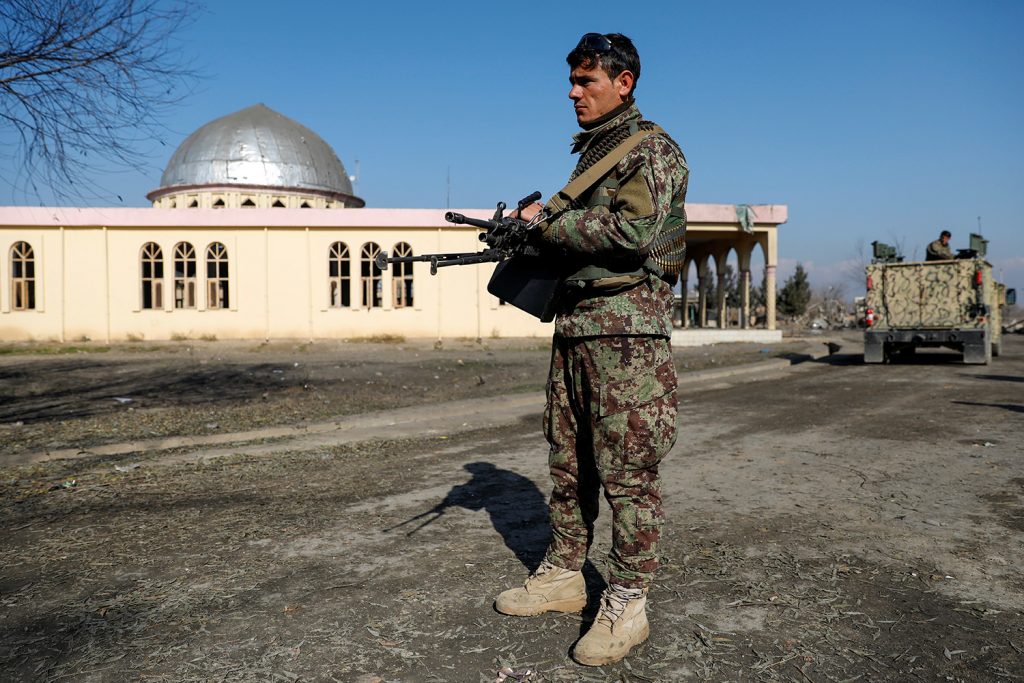 With the United States and the Taliban once again inching toward an agreement—the details of which are beginning to emerge but are still obscure—caution and realism are called for. It would appear that US Special Representative Zalmay Khalilzad and the Trump administration are rectifying some of the principal defects of the “agreement” that was aborted in September 2019. The current version includes a reduction of US forces in connection  with a major decrease in Taliban violence, and seems to be clearly linked to the beginning of intra-Afghan negotiations. From the comments of those who have been briefed on the impending  deal, any future reductions in force levels would be linked to conditions, rather than according to a timetable. Those conditions would presumably include progress of intra-Afghan negotiations,  the creation and observation of a ceasefire, and fulfillment of Taliban commitments on  breaking with al-Qaeda.

The confirmation by the Afghan Independent Electoral Commission of President Ashraf Ghani’s re-election highlights the central role of the Afghan government and people at this crucial crossroad. It is for the Afghan people, on all sides, to find the way to a political solution to the conflict. While there are strong objections from Dr. Abdullah Abdullah and other quarters to the declared election results, the Afghan institutions and constitutional process have reached a conclusion. If the US-Taliban deal indeed finally opens the door to peace negotiations, it will be President Ghani’s task to overcome the criticism of his opponents and to build a political consensus among the Afghan political class and people on the way ahead.

At the outset of US-Taliban negotiations last year, Khalilzad maintained that his charge was to negotiate an agreement that would lead to peace in Afghanistan, not just a withdrawal agreement. In that light, the pending agreement—if consummated—would be an important step in the right direction. But it is a step toward negotiations, not in itself a “peace agreement.” It is to be hoped that this US-Taliban agreement will indeed lead to vastly decreased violence and casualties on both sides, while maintaining sufficient levels of international forces to support the counterterrorism and train, advise, and assist missions. The agreement’s details and linkages will be crucial, and no one should underestimate how difficult moving from the present agreement to a political settlement will be.

The Taliban have stated that their objective is the re-establishment of the Islamic Emirate that most Afghans reject, and have proclaimed that the Americans have been defeated. That is to be expected. There is reason to believe that at least some in the Taliban leadership have a more realistic and nuanced view. But for negotiations on the future of Afghanistan to proceed and succeed on terms that most Afghans would—and the United States and our international partners should—insist upon, it must be clear to the Taliban that they cannot prevail by force and terror. Absent that clarity, there is little incentive for the Taliban to make the compromises that will be required to adapt to the realities of today’s Afghanistan. This is the core requirement for finding a political solution to the conflict. That in turn requires that the United States, under either a Republican or Democratic president, dispense with the argument that the “forever war” in Afghanistan can be ended without regard to the consequences for Afghanistan and the impact on US security.

If there is such a thing as a “forever war” it is not about Afghanistan, but rather the generational conflict with Islamist terror and violent extremism, which we did not seek and cannot just walk away from. Certainly we can be smarter and learn from past mistakes. The difficulties over the years in achieving as much as we had hoped, and as rapidly, does not signify “failure” in Afghanistan. Just as in the Cold War, patience and persistence are needed to ensure our security. Those who advocate ending US involvement in Afghanistan without providing for durable stability and eventually peace have the burden of defending the virtually unavoidable results of such an ill-advised course of action.

Image: An Afghan National Army soldier inspects the site of an attack in a U.S. military air base in Bagram, north of Kabul, Afghanistan December 11, 2019. REUTERS/Mohammad Ismail