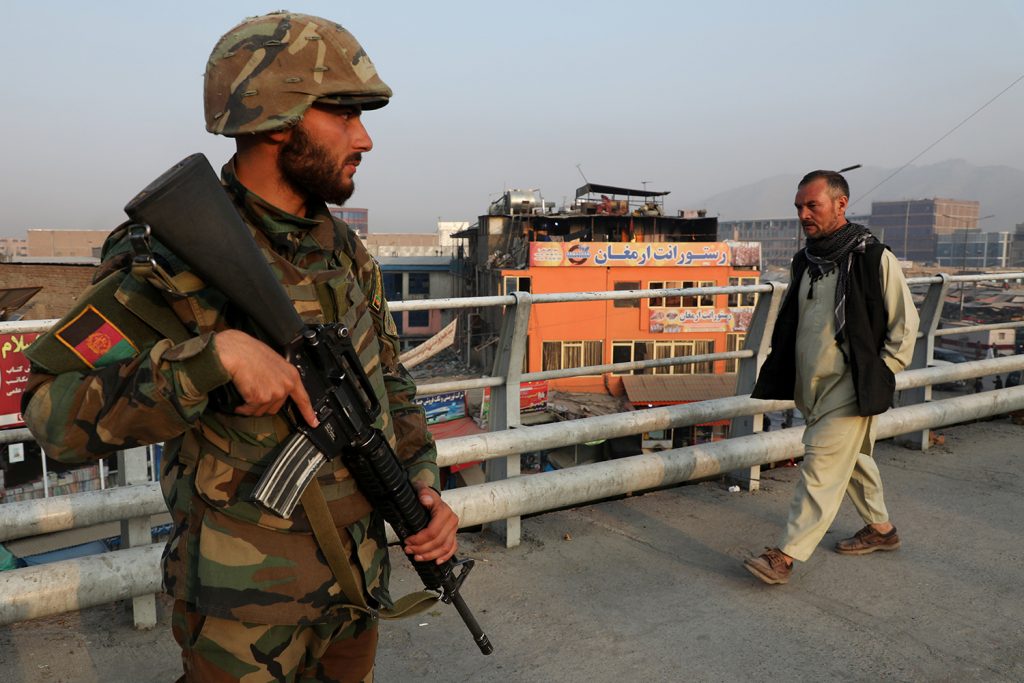 The loss of US influence in the Middle East and Afghanistan could lead to a possible resurgence of extremist groups willing and capable of launching attacks against the United States and its interests from sanctuaries in Pakistan and in the Middle East. The US troop withdrawal in northeastern Syria has called into question Washington’s commitment to the region and has given space to US rivals to fill in the vacuum. In Syria, it was Moscow who brokered an agreement between Turkish President Recep Tayyip Erdoğan and Syrian dictator Bashar al-Assad on the future of Syria, after the United States sidelined itself and abandoned its partnership with the Syrian Democratic Forces (SDF). A similar situation may be unfolding in Afghanistan. A month after talks between US President Donald J. Trump and the Taliban suddenly collapsed, Beijing has stepped in to organize an intra-Afghan dialogue, set to run parallel to the negotiations between US envoy Zalmay Khalilzad and the Taliban in Islamabad. In his attempt to cease “endless wars,” Trump has sought retreat at the expense of abandoning important US partners, undermining US security while also giving crucial openings to Beijing and Moscow to fill in the gap of US leadership.

Kabul’s progress toward peace has been crippled by the actions of the US president, who appears increasingly willing to withdraw from Afghanistan with or without an exit strategy. Despite conducting an ever-more aggressive military campaign, Trump has reduced the US military presence in Afghanistan, with nearly half of the approximately 14,000 US troops set to begin returning home in the near future. This both challenges and undermines the Afghan government by signaling a lack of US resolve, which will be a boon to insurgent forces. Since the start of the peace talks in early 2019, violence has worsened in Afghanistan. July was the deadliest month in Afghanistan in years, with 1,500 civilians killed or wounded according to the United Nations. The terrorist organization that the Taliban harbored, al-Qaeda, has been severely weakened, but not eliminated.

Rather than negotiating with the Taliban for the sole purpose of withdrawing US troops, the United States should instead work toward an agreement that reinforces democracy in Afghanistan, rather than endangering it. The most effective way to do so is for Washington to delay the troop drawdowns until tangible gains have been made in terms of political power sharing and national reconciliation. The United States has left the civilian Afghan government out of the negotiations with the Taliban, further alienating the only reliable partner the United States has on the ground.

But while these negotiations with the Taliban are still pending, the Pentagon is drawing up plans to execute an abrupt withdrawal of all US forces from Afghanistan, should the commander-in-chief suddenly tweet out an order to withdraw, mirroring the surprise announcement of the US withdrawal from northeastern Syria. And although Congress is doubling down on efforts to signal US commitment to the Afghan people and government following a recent bipartisan delegation trip to Afghanistan led by House Speaker Nancy Pelosi, Afghans should be worried.

As the United States pulls back, China has sought to fill the gap. Beijing has emerged as a new facilitator of talks between the Afghan government and the Taliban. Beijing comes without the historical baggage of other major powers and, aside from the seventy-six-kilometer Sino-Afghan border, China’s economic clout, coupled with its considerable influence over Islamabad, could make it seem a more reliable mediator to the parties involved. Pakistan’s support for the Taliban has been crucial to the organization’s strength and has obfuscated Islamabad’s bilateral relations with the United States. China on the other hand has a rising economic influence in Islamabad, where the new Pakistani government has doubled down its commitment to the China-Pakistan Economic Corridor (CPEC). Similar to Russia in the Middle East, China’s role in facilitating peace could cement its influence and grow its strategic advantage position in South Asia at the expense of the United States. China’s expansive role into Afghanistan and Pakistan ultimately hurts a greater US Indo-Pacific Strategy—created to blunt China’s role in the greater pan-Asian region.

Fatima Salman is an assistant director in the Atlantic Council’s South Asia Center.

In Afghanistan’s fourth election since the US invasion in 2001, and after eighteen years of war, nearly three million Afghan citizens took to the polls on election day despite continued attacks from the Taliban.

Is there art in the Afghan deal?

The Taliban’s version of peace would likely not be acceptable to the majority of Afghans or the international community.