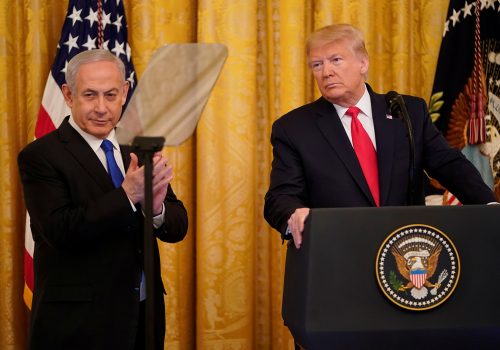 "The sad irony is that the peace process desperately needs new ideas, even if the ideas revealed today and the means by which they were developed and announced were not ideal," William Wechsler says. "And given the longstanding positions taken by the current Israeli and Palestinian leaders, the only credible source for those new ideas is the United States." 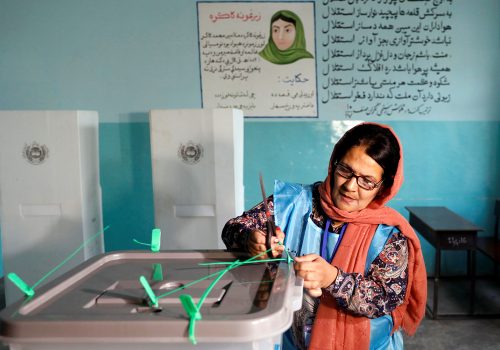 New Atlanticist by James B. Cunningham

Ambassador James B. Cunningham testifies on Afghanistan in front of the House Foreign Affairs Committee

After early tours in Stockholm, Washington, Rome, and the US Mission to NATO, NATO Secretary General Manfred Woerner selected Ambassador Cunningham as his chief of staff (1988 – 1990). He advised the Secretary General on all NATO issues in the context of nuclear disarmament in Europe, the collapse of the Berlin wall and the reunification of Germany, and the impending dissolution of the Warsaw Pact and the Soviet Union.

Just after Iraq invaded Kuwait in August 1990, Ambassador Cunningham became deputy political counselor at the US Mission to the United Nations. In 1992, he became the deputy director of the State Department Office of European Security and Political Affairs (1992 – 1993) and then director (1993 – 1995). He served as deputy chief of mission at the Embassy in Rome (1996 – 1999).

Ambassador Cunningham was born in Allentown, Pennsylvania and graduated magna cum laude from Syracuse University with degrees in political science and psychology. He is married to Leslie Genier of Mineville, New York. They have two daughters. Ambassador Cunningham is the recipient of multiple awards from the State Department, the National Performance Review’s Hammer Award for Innovation in Management, the US President’s Meritorious Service Award (twice), and has received awards from the Conference of Presidents of Major Jewish Organizations, the Secretary of Defense, the Afghan government, and Syracuse University. He is a member of the Council on Foreign Relations and The Asia Society. Ambassador Cunningham retired from government service in December 2014 with the rank of career minister.