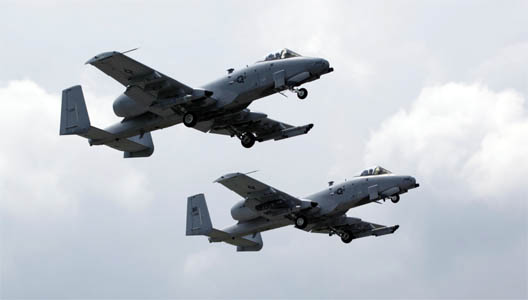 Defense Secretary Chuck Hagel previewed the president’s five-year Pentagon budget request expected to be released next week and it is a shot across the bow at Congress. The proposal thumbs its nose at sequestration budget caps, insists on another round of base closures, targets popular acquisitions programs and the National Guard and otherwise flouts the expressed will of the legislative branch. The merits of these stances are debatable; that they presage a brutal fight with Capitol Hill is not.

The most brazen move was proposing spending that exceeds the Budget Control Act of 2011 ceiling by $115 billion over the next five years  by the device of an off-the-books “Opportunity, Growth and Security Initiative” fund to promote “readiness.”

Hagel, in a Pentagon speech on Monday, insisted that sequestration levels amounted to “irresponsible cuts” that would “compromise our national security for both the short- and long-term.” While acknowledging that they remain “the law of the land,” the secretary insisted that the only way to implement them “is to sharply reduce spending on readiness and modernization, which would almost certainly result in a hollow force—one that isn’t ready or capable of fulfilling assigned positions.” Hagel terms the administration proposal as “more reasonable and far more responsible” than the current approach.

This is a provocative position, indeed. Not only is the Pentagon defying what is in fact the law of the land, it’s baldly declaring that Congress has passed and the commander-in-chief has signed a law that is not only unintelligent but breaks faith with our men in women in uniform.

That sequestration is stupid is, of course, not a novel position. Indeed, the whole idea behind including it in the BCA was to be so painful as to force congressional Democrats and Republicans to come together to find more targeted ways to cut the budget. The last two secretaries of defense and chairmen of the Joint Chiefs have issued dire warnings about the impact of these cuts. But to simply ignore them and dare Congress to do something about it is an act of extreme chutzpah.

Further, the $115 billion figure actually understates the amount by which the proposal exceeds sequestration limits, because it’s factoring in savings from another Base Realignment and Closure, or BRAC, round in 2017 despite the fact that Congress has two years in a row made clear that it will not pass more domestic base closures. On this, too, I believe the Pentagon gets it right. We have far too much excess base capacity as it is and we’re about to make substantial cuts in the size of the force, especially the Army and Marine Corps. But, again, the military is intentionally picking a fight with the body that funds it.

Many other parts of the plan, while less confrontational, are sure to be controversial and unlikely to make it through Congress.  The proposed cut of 20,000 personnel from the Army National Guard by 2019 will hit almost every congressional district and draw the ire of state governors who rely on these assets during natural disasters and other emergencies.

While the way-over-budget and problem-plagued F-35 fighter will remain a top acquisition priority, the plan calls for delaying by two years the Navy’s purchase of its first allotment. This means tens of thousands of high paying, high skill jobs that were being counted on during a sluggish economic recovery will not materialize. Similarly, proposals to cancel the Army’s Ground Combat Vehicle program, end future upgrades to F/A-18 Super Hornet fighter and EA-18 Growler electronic warfare aircraft, and halt the buy of the Navy’s Littoral Combat Ship, while perfectly defensible given budget realities, will draw heavy pushback from industry lobbyists and hometown congressmen.

Meanwhile, the budget once again calls for the Air Force to mothball its entire fleet of A-10 close air support planes. This will, quite rightly, draw howls of protest from outside supporters of the Army and, most notably, Senate Armed Services Committee member Kelly Ayotte, whose husband is a former Warthog pilot and has herself been the plane’s most vocal advocate on the Hill. Congress rightly stopped this effort in its tracks last year and will almost surely do so again.

While Hagel and company chose to punt on major reforms of the retirement system at this juncture, waiting until a commission that has been working the problem reports its recommendations, they’re instead proposing some half measures to address the problem of skyrocketing personnel costs, including capping pay raises for troops at 1 percent (while freezing pay for general officers), making a slight adjustment to the tax-free housing subsidy and asking retired soldiers to pay somewhat more for their health benefits. It’s widely expected that Congress will wince at even these modest proposals in this midterm election year.

At the same time, slashing the Army to its smallest size since before World War II, which essentially guarantees that the United States could not take on two simultaneous major conflicts, is likely to be accomplished without much resistance.