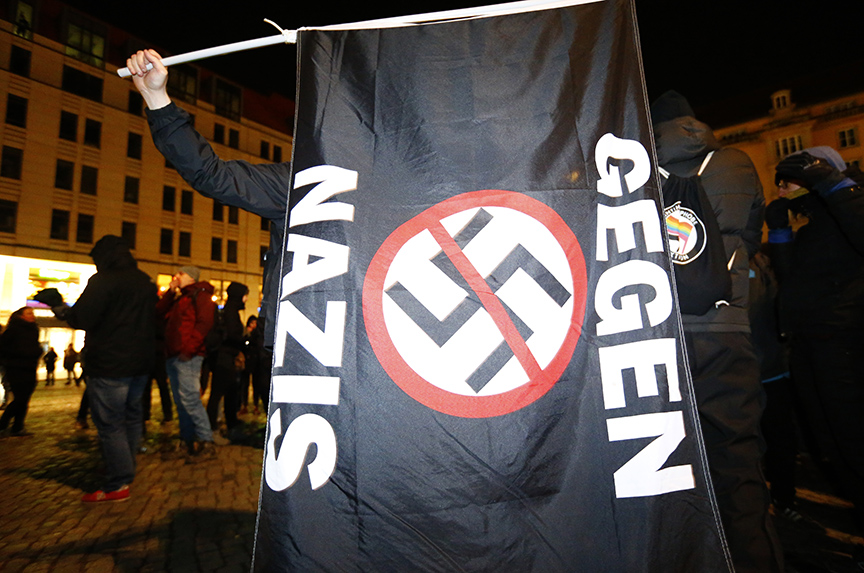 Right-wing populism constitutes a sustained challenge to the seventy-year-old so-called liberal international order, a postwar construction of a body of ideas, laws, and cross-border security arrangements that have allowed the Western world to prosper while promoting general values of democracy, openness, and the rule of law.

A deep backlash to the liberal order has already entangled the British referendum on European Union (EU) membership and the US presidential election, both in 2016.

Citizens left out of the liberal order’s long arc of alleged progress have embraced this populist movement. Whether it succeeds in governance terms, populism in sociopolitical terms will remain a profound challenge for the next generation and have local and geopolitical consequences alike.

Second only to Russian aggression, populism constitutes the global force to be reckoned with. Nonetheless, the tide appears to be turning as the populist backlash has engendered its own backlash.

If Brexit and Trump’s election were unexpected developments, the success of the Dutch, French, and Germans at keeping populist parties out of power was not.

Despite considerable fear that the populist wave would roll over the Dutch, French, and Germans in rapid succession, the core continental European populace locked out Geert Wilders, the “Dutch Trump”; the National Front’s Marine Le Pen in France; and the racist-populist Alternative for Germany (AfD) at least in part in a reaction to what befell the United Kingdom and the United States (though the AfD is now the largest opposition party in the German Bundestag). Then came the bellwether vote in Bulgaria.

In March of 2017, the pro- EU, pro-NATO candidate, Boyko Borisov, defeated his pro-Russia Socialist rival, Kornelia Petrova Ninova in the Bulgarian election. In a country long in the shadow of a revanchist Russia and hardly on anyone’s radar, the vast majority of Bulgarians did the unexpected. Against considerable odds, voters removed the populist incumbent and by a wide margin put the previous pro-NATO/EU premier back into power. Bulgaria took over the six-month rotating presidency of the EU in January. As the battle royale against populism is joined, the long-vaunted liberal international order is in the balance.

Thus, all eyes have been on the outcome of the German coalition talks. In Berlin, despite widespread expectations that the era of Angela Merkel was coming to an end, the world’s most consequential leader will remain as chancellor for a fourth term as a result of a coalition deal with the Social Democrats.

In Paris, French President Emmanuel Macron has upended the postwar core of the French political system while taking the reins of global leadership normally held by the sitting US president.

In Italy, however, the populist Five Star Movement received the largest number of votes following an election that has left the country in a state of political uncertainty. Had this happened in Germany, the effect would be more consequential. Italy is renowned for its massive public debt and rampant political instability.

NATO and the EU, meanwhile, have had some life breathed back into their organizations partly because of Russian President Vladimir Putin’s saber rattling and in part because of the unwelcome signals being sent from London (with Brexit) and Washington (e.g., Trump’s demand that NATO allies up their defense spending).

Few predicted that European and US troops and equipment would be redeployed in force on the Russian frontier in Poland. Yet the tragic loss of conventional deterrence in Europe as a result of the inert Western response to the Russian incursion in Ukraine proved to be a turning point.

Indeed, the backlash to the backlash is perhaps more prolific than meets the eye. Macron had been slipping in the polls, but now appears to be the West’s most secure leader; British Prime Minister Theresa May had been angling for a hard Brexit, but is now subtly negotiating for a soft Brexit; the new Polish Prime Minister Mateusz Morawiecki recently traveled to Brussels after he replaced three radical ministers, having been tasked to repair Poland’s relationship with the EU; the new young Austrian Chancellor Sebastian Kurz is appearing more moderate than most observers expected; and Merkel’s abortive first attempt to form a government had more to do with the inexperienced SDP leaders realizing they were not up to governing with her Christian Democrat (CDU) heavyweights, than an expiration of the Merkel era.

With the final endorsement of the SPD in hand, Merkel has returned to power in a new grand coalition. Even prior to Trump’s election, German officials led by Merkel and former President Joachim Gauck had been building consensus for Germany to continue taking on a greater global leadership role. With the SPD’s support, the first major decision made by the new Merkel government has resulted in increased defense spending and a larger deployment of German troops abroad.

For his part, Macron has welcomed Germany getting its affairs in order, and along with Merkel is keen to get moving on a series of ambitious proposals for deeper EU integration.

In essence, although Western Europe may be in somewhat better shape than many give it credit for, and East Central Europe in perhaps less bad shape than some claim, the double-barrel challenge to the whole Continent and the rest of the West in the form of populism and Russian aggression remains severe. In Europe, this threat has been underscored by Russia’s massive Zapad military exercise and the uptick in what were already regular Russian fighter jet and ship provocations. As for the liberal international order, while it may be more resilient than many expect, it has become less liberal and less orderly over the past two years. Although a sustained rearguard action is underway in Europe, Canada, Japan, and India, Macron and Merkel could use more concerted action from Canadian Prime Minister Justin Trudeau, Japanese Prime Minister Shinzo Abe, and Indian Prime Minister Narendra Modi.

For the immediate future, the Franco-German tandem will have its hands full with wider hopes resting on Trump being removed from office, Brexit being called off, and the surprisingly robust global economy beginning to lift populist boats. However, the odds of even one of these eventualities coming to pass, let alone two, are not great. The new populist era will, as a result, continue to vie with the liberal international order.

Jeffrey A. Stacey is managing partner of Geopolicity Inc. A former State Department official in the Obama administration, he is author of “Integrating Europe.”

Image: A protester holding a flag that read “Against Nazis” took part in a demonstration against the anti-immigrant Alternative for Germany party (AfD) in Dresden, Germany, on February 13, 2018. (Reuters/Hannibal Hanschke)