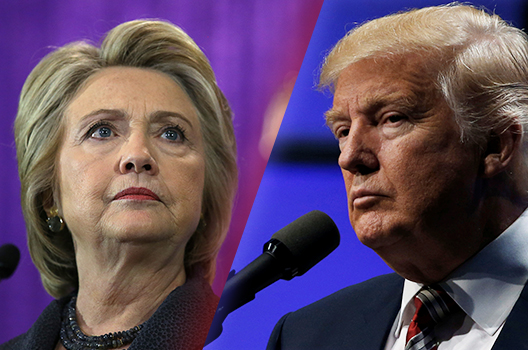 From left: Democratic presidential nominee Hillary Clinton and her Republican challenger, Donald Trump, will take part in their first debate in New York on September 26. (Reuters)

Democratic presidential nominee Hillary Clinton and her Republican challenger, Donald Trump, took part in their first presidential debate in New York on September 26. The debate was the first of three.

Here are some questions the Atlantic Council’s experts would like to pose to the candidates.

The terrorist group ISIS is trying very hard to convince Muslims around the world that the United States is enemy number one. You have suggested banning Muslim immigrants from the United States. How will you avoid becoming “exhibit one” in ISIS propaganda?

Syrian civilians, especially women and children, are undergoing mass terror and homicide on a scale that some observers call genocidal. Your son used the analogy of poisoned Skittles in opposing refugee status in America for Syrians forced to flee their country.  Would you have used this analogy for Jews, Hungarians, Vietnamese, and others who have sought shelter in America from tyranny and murder?  If not, why are you singling out Syrians?

You have expressed respect for Russian President Vladimir Putin.  Do you agree with him that accounts of Russian air attacks on humanitarian convoys and civilian residential areas in Syria are just American fabrications?

What has President Obama gotten right and what has he gotten wrong with respect to Syria?  What would you do differently?

Why should the United States remain engaged in a part of the world—the Middle East—where so little seems to be going right?  Why don’t we just leave these countries to their own devices and let them figure out how to survive and prosper?

You’ve said you would not put American ground military forces in Iraq. But they are already there, aiding in the fight against ISIS. Would you pull them out? Would you pull American military advisors out of Syria too, where they are an important aspect of the anti-ISIS battle?

Public debt as a share of GDP is at its highest point since the end of the World War II. Do you plan to bring it down? How?

Income inequality in the United States is the highest among OECD countries and is still rising. Can this trend be averted?

The labor participation rate and labor productivity in the United States have dropped dramatically in recent years. How would you fix the labor market?

Where does Africa fit into your vision of the United States’ strategic interests in the twenty-first century?

Using Africa as an example, how would you increase US trade and investment with the rest of the world in a way that is mutually beneficial?

Given the complex and evolving nature of threats to the United States and US interests around the world, what kind of military force do we need in the twenty-first century?

Will the next president actively engage with the US Congress to take down the last vestiges of the anti-Cuba sanctions policy?

The recent presidential campaign seems to argue against anything which seems like more trade or greater crossborder cooperation. So, should we deepen North American integration efforts with Mexico and Canada?  What are the next steps in strengthening relations with our neighbors?

Colombia has been our closest Latin American ally over the past two decades. In the coming days, Colombians will ratify an important peace deal that ends a fifty-year guerrilla war.  This is a piece of good news in a world full of problems.  What can the United States do to show that it cares, that it is a friend and ally willing and able to help Colombia turn a new page that will be a costly, multi-year effort?