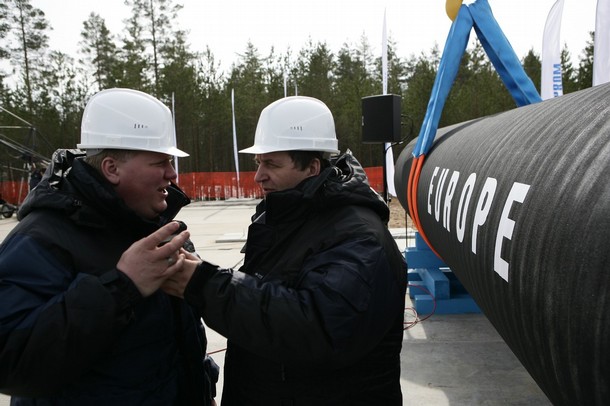 Earlier this month, the world’s largest pipe-laying vessel, the Solitaire, began work on the Gulf of Finland section of the Nord Stream natural gas pipeline.

The vessel’s name is appropriate, as the pipeline represents Germany’s choice to go it alone in achieving energy security within the European Union. Nord Stream, one of the longest and most complex undersea pipeline projects ever conceived, runs directly from Russia to Germany on the Baltic Sea bed. It avoids the Baltic states, the Nordics and Poland, affording Germany its own €7.4 billion privileged link to Russian resources.

In the same week that the Solitaire began laying its pipe, Poland was set to begin work on its own Baltic Sea project: a terminal for liquefied natural gas (LNG) at Swinoujscie. At the moment, Polish consumers are heavily dependent on Russia for their natural-gas needs—a reality that doesn’t sit well in Warsaw given the perennially problematic relations with Moscow. Russia has in the past cut transit of gas through Ukraine, denied oil to Lithuania and enshrines in its national-security strategy the use of energy resources as a foreign-policy tool. Starting in 2014, then, the almost €800 million LNG terminal would allow for 30%-40% of Polish gas needs to come by tanker from places like Qatar.

One would think that as part of its stated policy of improving relations with Warsaw, Chancellor Angela Merkel’s government would seek to repair intra-EU mistrust on energy security. But Germany will have none of that. Part of its plan to make Nord Stream worthwhile is to sell gas to the Poles—that is, Russian gas, but from the opposite direction. The LNG terminal therefore, is in direct competition with what Polish Foreign Minister Radek Sikorsky has called the Molotov-Ribbentrop pipeline. So, just before the start of the terminal’s construction, Berlin issued a formal complaint, saying its placement is a cross-border issue and may violate the Espoo Convention, the same environmental agreement used by Poland and Germany’s other neighbors to protest against Nord Stream, delaying its construction for several years. The tables have turned. And now Berlin is looking to Brussels for support.

At the end of August, Germany voted against providing an €80 million EU subsidy to kick-start construction of the Swinoujscie terminal. Now, representatives of Germany’s E.On Ruhrgas and Wintershall, together with Russia’s Gazprom—all Nord Stream partners—are said to be lobbying hard in Brussels for support for an environmental re-evaluation of Poland’s LNG plans that could set the project back two to three years. With Nord Stream due to be finished in 2012, its consortium, which also includes the Netherlands’ Gasunie and France’s GDF Suez, will then have ample time to strong-arm Polish consumers into accepting a deal. As Warsaw has just renewed its import contract with Gazprom for another 15 years of gas through the Yamal-Europe pipeline from the east, Berlin’s plans would amount to a Russo-German energy pincer of Poland.

It’s not just Polish energy security that is at stake. EU aims for greater energy solidarity among member states begin to look laughable when its largest economy so blatantly undermines them. It is one thing to move forward with an exclusive pipeline that essentially positions Germany as Russia’s distributor in Central Europe, but it is quite another to actively attempt to scuttle a neighboring member-state’s energy diversification plans at the EU level.

Poland’s deputy finance minister, Mikolaj Budzanowski, has said that Polskie LNG will probably move forward with the Swinoujscie terminal even without EU funding. But the issue here is not whether the terminal gets built. It is about high-profile bickering by two EU member states about bird habitats in the Baltic, while Russia’s Vladimir Putin—who once complained “Why does everything have to go through Poland?”—savors another victory for his energy weapon.

The European Commission is set to decide at the end of the month whether or not it will fund the LNG terminal. The symbolism of this decision is difficult to overstate. The EU’s energy commissioner is German, but Günther Oettinger is not close to Mrs. Merkel and has vowed to be a champion of EU energy solidarity. This is an opportunity for him, as well as Commission President José Manuel Barroso, to draw a line in the sand, to send a message that their talk about a common EU energy policy is not just wishful thinking. Step one in that process: Teach the Solitaire player Bridge.