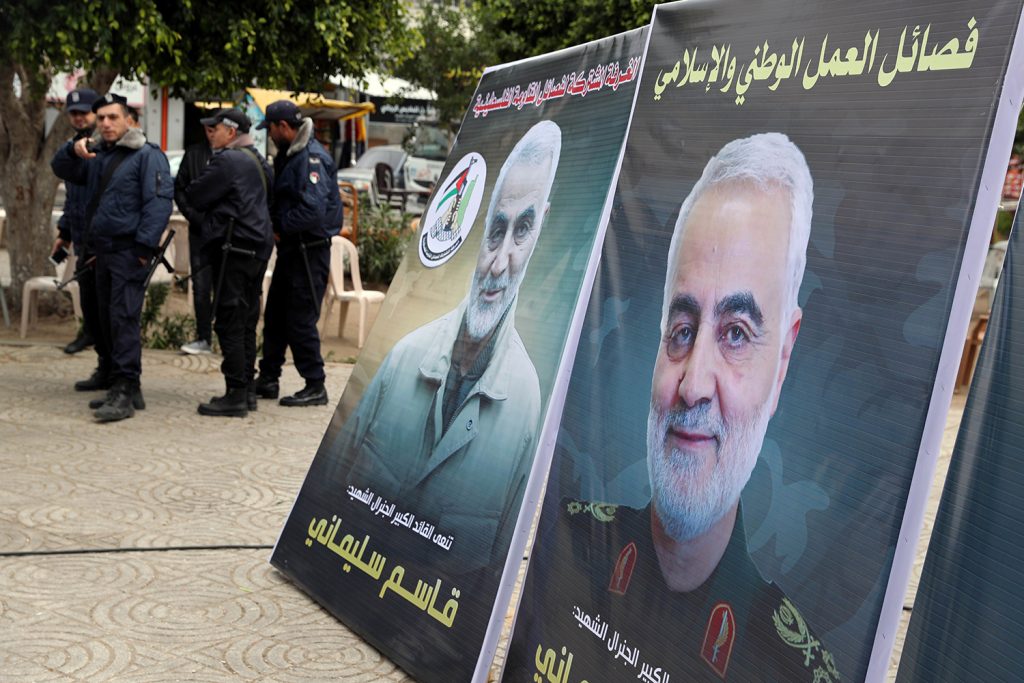 The assassination of Qasem Soleimani may well cause a major escalation in the shadow wars of the Middle East—but this time Washington risks finding itself with fewer allies than ever before.

The UK, France, and Egypt have all reacted to the killing of the architect and director of Iranian policy in the Middle East in much the same way, with pleas for both sides to de-escalate tensions.

US allies were neither consulted nor informed of the impending attack and many of them are now worried about both the immediate and long-term consequences of the US drone assault that killed Soleimani on the road from Baghdad airport. Of all the United States’ principal NATO allies, only Germany has issued a full declaration of support.

In sum, if Iran seeks to avenge Soleimani’s death with a direct attack on US personnel or property, or on the United States itself, there would be no automatic repetition of the alacrity and unanimity with which NATO responded when it invoked Article Five of the NATO treaty in 2001 to declare that Al-Qaida’s 9/11 bombing of the World Trade Center in New York constituted an attack on the entire NATO alliance.

In the long run, as a former senior UK official said privately on January 3, the United States’ action “hands Iraq to Iran on a plate.” He added: “Why should any Middle East group trust Trump? The Iraqis have been let down by Trump. Would you want to be caught in the middle between Iran and the United States?”

The logic underlying such thoughts is straightforward. Iran is already the most important external player in Iraqi politics and Iraq’s Shiite Arabs, who generally support Iran, constitute a majority of the country’s population. As for Iraq’s Sunni Arab population, which might feel more inclined to look to the United States, it sees the United States seeking to reduce its role in the region as much as possible, potentially leaving them in the lurch. And the way US President Donald J. Trump ended cooperation with pro-US Kurdish forces in Syria will give Iraq’s Kurds, the third largest group in the country, pause for thought when it comes to considering how strongly they can rely on continued US support. Past US actions have also played their part in creating distrust, notably President George H. W.  Bush’s accidental call for an uprising in southern Iraq in the wake of the Gulf War of 1991, which resulted in both a savage immediate repression of Iraqi Shias by Saddam Hussein and a massive subsequent effort to drain Iraq’s southern marshes in the 1990s and so deprive the Marsh Arabs of their traditional habitat.

But while UK political commentators were phrasing Britain’s low-key response to the assassination as even-handedness, the actual response on the ground is likely to be anything but. The expectation from such veteran former diplomats as Lord Peter Ricketts, a former National Security Adviser and Ambassador to NATO, is that the Iranian response to Soleimani’s killing will be asymmetrical. In UK security circles, the feeling is that Iran might resort to terrorism or a cyber-attack “to hit the Americans where it most hurts them,” as one former official said.

One former official argued that the State Department and the Pentagon have plenty of information, but they have less knowledge and suffer from a lack of understanding; essentially because they have no people on the ground. Iran is much better in terms of understanding the United States, and calculating just how far Washington might go, the former official argued, before quickly acknowledging that in one recent instance, when it looked as if the United States would launch missile attacks on Iran in response to apparent Iranian attacks on tankers in the Gulf, President Trump came close to disproving this hypothesis.

While Iraq can be expected to feel at least some immediate repercussions from the surge in US-Iranian tensions, there is concern in the UK that these may also constitute the death-knell for European hopes that they could somehow rescue the Iran nuclear agreement of 2015, under which strict safeguards were placed on Iranian nuclear development in order to ensure this was not used to make nuclear weapons.

One prospective consequence is that the Iran will now consider that the Joint Comprehensive Plan of Action (JCPOA), as the nuclear agreement is officially known, has effectively run its course. Since it faces uncompromising opposition from the United States, which formally withdrew from the JPCOA in 2018, and since it has received far less in relief from international sanctions than it expected when it signed the accord, it might as well take more drastic action to free itself of any obligations it feels to the remaining partners in the accord: the UK, Russia, China, France, Germany, and the EU. Indeed, the concern is that Iran might even go so far as to end its adherence to the nuclear non-proliferation treaty, thus freeing itself to develop military nuclear technology more publicly.

At the same time, there is concern about US policy, focussed on the proposition that a targeted strike does not constitute a strategy.

Lord Ricketts noted that “previous (US) strikes were not followed up by targeted strategies,” but appeared to be intended more to appeal to US domestic audiences.

At this stage, no-one can be sure of what will happen next. But an answer to the following question might provide a guide: Who currently thinks more clearly; the United States or Iran?

The implications of the Soleimani assasination

There will be plenty of people advising the US president that, even with Soleimani gone, the risk of leaving the stage completely is that Iran will find it even easier to fill the vacuum.

Image: Pictures of Iranian Major-General Qassem Soleimani are seen during a protest against the killing of Soleimani, in Gaza January 4, 2020. REUTERS/Mohammed Salem