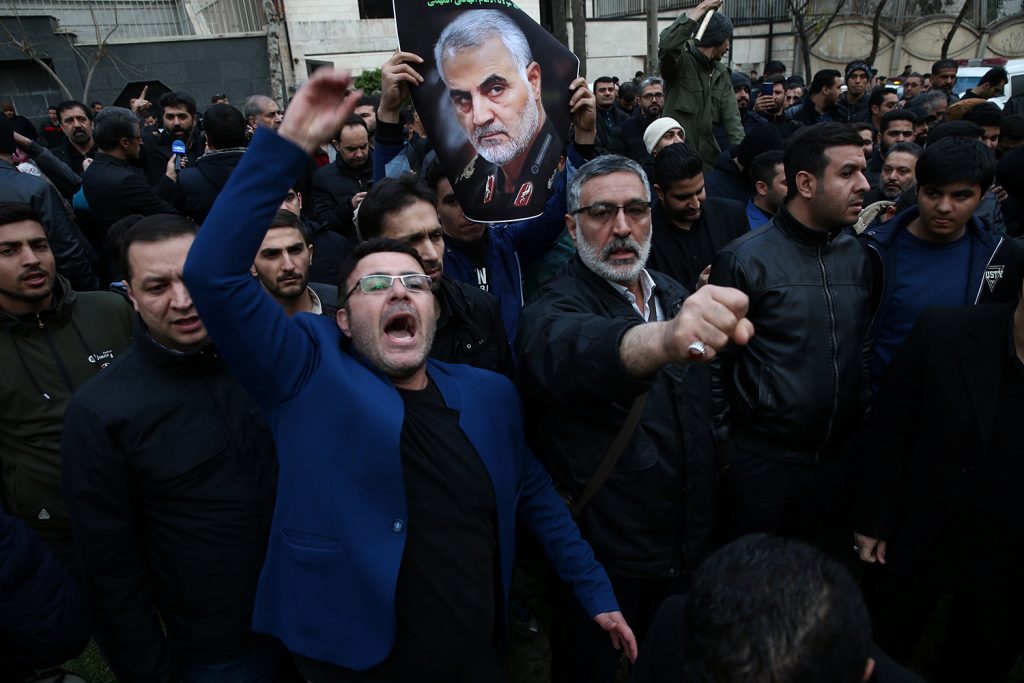 There will be few tears shed abroad for General Qasem Soleimani, other than within the Shia militias in countries like Lebanon, Syria, Iraq, and Yemen which depended on his support and sometimes acted as Iranian proxies. But within Iran he was a revered figure who made his name as a young commander during the Iran-Iraq war and then became the strategist for all of Iran’s diplomatic and military activity across the Middle East as head of the IRGC’s Quds Force.

For many years, the United States was tempted to go after him but did not do so, either because he was too difficult a target or because cool heads in Washington concluded that eliminating Soleimani would not necessarily serve US interests and could even lead to him being replaced by someone worse. We should remember too that although General Soleimani and the Quds Force often played an actively destabilizing role in the region, they were also committed to the destruction of ISIS and, in the early days after 9/11, of Al Qa’eda—both Sunni terrorist organizations almost as hostile to Shia Iran as to the “infidel” West.

Will killing him now serve US interests? The answer depends on whether the decision to assassinate Soleimani, and those travelling with him, was a strategic calculation or a desire to show that the United States would not take the attack on its Baghdad embassy lying down—and that Supreme Leader Khamenei was wrong when he taunted US President Donald J. Trump, ten months before the presidential elections, that he couldn’t do anything. There was, after all, considerable concern among the United States’ allies in the region when the president declined to take military action after the attacks on tanker traffic around the Straits of Hormuz, Iran’s downing of a US drone, and the attacks (presumed to be Iranian) on the oil and gas production facilities of Aramco last year. So, the credibility of the White House has been on the line.

Tens of thousands of Iranians have taken to the streets calling for revenge. The United States should now expect some form of Iranian retaliation—as the British government should have after it impounded the Iranian tanker Grace 1 in Gibraltar’s waters last July. No doubt Israel’s defense forces will be preparing to repel missile strikes from Hezbollah in southern Lebanon. Shipping around the mouth of the Persian Gulf will also need to be on its guard.

There will be a lengthy debate about the legality of this assassination. The Pentagon statement this morning placed it clearly in the context of preventing future attacks against US personnel. International law allows for action of this kind in order to “preempt” an imminent attack, but not to “prevent” something less precise. Some will argue that it makes no difference since the Iranian Revolutionary Guard Corps was designated as a terrorist organization last year by the United States. But it has remained an official agency of a sovereign government: killing Soleimani in Iraq is a bigger deal, geopolitically, than assassinating Osama bin Laden in Pakistan.

Hardliners were already likely to do well in the parliamentary elections being held in Iran next month, as a result of the United States’ policy of ‘maximum pressure.’ The elimination of General Soleimani makes that even more likely, and any reconciliation with the Trump administration even harder for pragmatists like President Hassan Rouhani and Foreign Minister Javad Zarif to engineer. There is talk now of full-scale military conflict between Iran and United States. That seems unlikely, given President Trump’s instincts, firm belief that US military interventions in the Middle East always end in failure, and the significantly lower level of US dependence on oil from the Middle East than even a decade ago. But we need to be braced for at least some level of escalation.

Might the assassination presage full US military withdrawal from Iraq? Quite possibly, for the same reasons. But there will be plenty of people advising the president that, even with Soleimani gone, the risk of leaving the stage completely is that Iran will find it even easier to fill the vacuum. The recent protests in Baghdad against the Iraqi government may have had an anti-Iranian flavor. On the other hand, the US airstrikes against Shia militias aligned with Iran, and now the assassination of Soleimani outside Baghdad airport, are felt as attacks on Iraq’s sovereignty; and Iraq remains a majority Shia country.

Sir Peter Westmacott is a distinguished ambassadorial fellow with the Atlantic Council’s Future Europe Initiative. He is a former UK ambassador to the United States, France, and Turkey. His forty-year career in the British Diplomatic Service also included four years in Iran before the 1979 Revolution.

Image: Iranian demonstrators react during a protest against the assassination of the Iranian Major-General Qassem Soleimani, head of the elite Quds Force, and Iraqi militia commander Abu Mahdi al-Muhandis, who were killed in an air strike at Baghdad airport, in front of United Nation office in Tehran, Iran January 3, 2020. Nazanin Tabatabaee/WANA (West Asia News Agency) via REUTERS