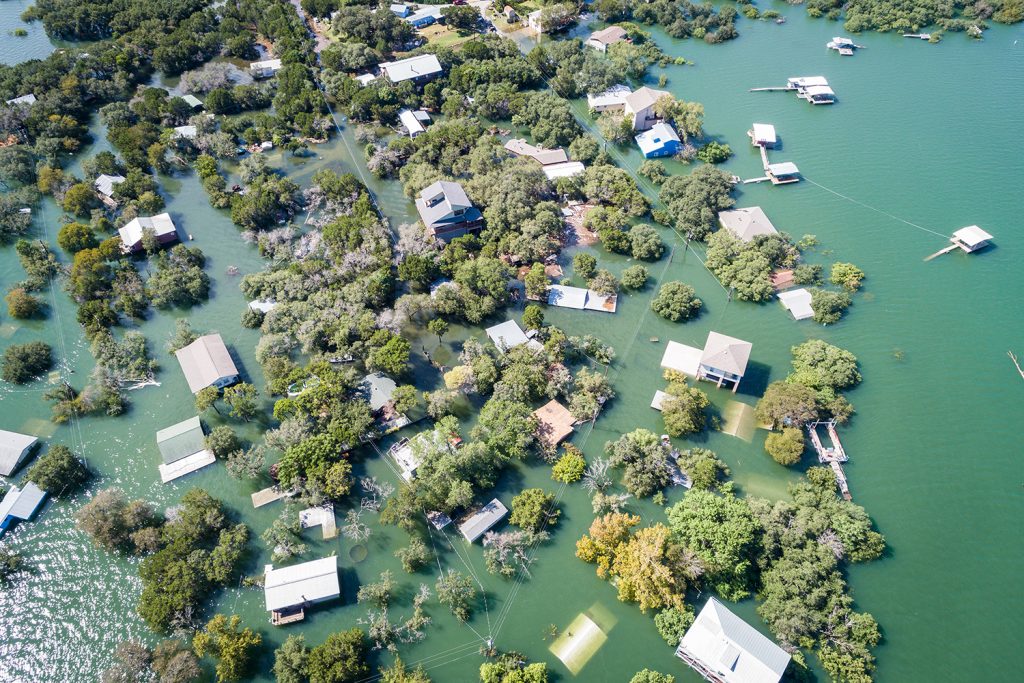 Without question, COVID-19 has laid bare the myriad vulnerabilities and inequalities of societies in the face of global calamities like pandemics. In the United States alone, it’s resulted in the deaths of over 112,000 Americans so far, put one in four people out of work, and cost the US economy some $350 billion per month in production losses, according to a recent Wall Street Journal op-ed.

And while we don’t know the nature of the next crisis we’ll face, we know it’s inevitable—much like climate change, a crisis whose own potential devastation is virtually incalculable, and against whose ominous backdrop future public health crises will unquestionably unfold. Among its many lessons, COVID-19 has taught us that in preparation for an uncertain future, we must devise ways to create a healthier, more inclusive and resilient future for all.

One solution? Using risk-informed design to create resilient communities built to withstand future climate disasters and promote social cohesion and better public health outcomes—the goal of the thirteen innovative climate-mitigation projects funded by the National Disaster Resilience Competition from 2015, which sought to elicit groundbreaking ideas for managing the consequences of global warming. The billion-dollar program’s fate now hangs in the balance thanks to construction disruptions caused by coronavirus, as reported in The New York Times on June 1—the latest blow dealt by the pandemic to American climate policy. As states clamor to lobby Congress for a three-year extension, the resounding import of completing these projects—and others like them—couldn’t be clearer.

Climate-fueled natural disasters have cost the US economy almost $1 trillion over the last five years—and recent history shows us that shoring up natural defenses is crucial for both physical and financial preservation. During Hurricane Sandy in 2012, coastal wetlands in the northeast United States prevented an estimated $625 million in property damage from flooding in coastal communities across twelve states—staving off $425 million in damage in New Jersey alone. In Ocean County, New Jersey, wetlands reduced expected annual losses by 20 percent on average, and over 50 percent for properties built just above sea level.

Indeed, the financial upside of fortifying community resilience to climate change is inarguable—and a potential long-term boon for state treasuries likely to be left reeling from the COVID-19 crisis for years to come. Norfolk, Virginia—which received $121 million from the program—plans to build new green space to hold flood water and raise roads to keep them dry as part of its winning proposal, which estimates economic benefits of nearly $2 billion, versus a total cost of approximately $300 million. The city’s existing climate-resilience efforts are already saving its residents money: they saw a $1 million-plus reduction in their flood insurance premiums last year, thanks to its increased floodplain management measures.

Other communities are also taking climate-risk reductions into their own hands, regardless of federal action. Last January, Miami unveiled its Miami Forever Climate Ready strategy, a multifaceted plan to implement a holistic approach to the city’s resilience efforts in the face of rising seas. Partially funded by the $400 million Miami Forever Bond—passed by Miami voters in November 2017—its long list of strategies include raising sea walls, upgrading storm drains, and protecting and planting mangroves along the waterfront.

It’s often said that the best offence is a great defense. The projects funded by the National Disaster Resilience Competition represent economically sound use of federal funds with multiple benefits and beneficiaries, especially as the country emerges from the ravages of COVID-19. Not only will they bolster our defenses against future disasters—creating countless jobs along the way and ultimately healthier, more resilient people and communities—they’ll put the United States on much stronger financial footing in the process.

“Go forth and set the world on fire”

As the world rages around the raging fires, I have to wonder: Is this the moment where we will finally see the forest for the trees? Why are we continuing to look into a crystal ball, as if the climate crisis is somehow our future, when it’s so glaringly clear that it is our present?