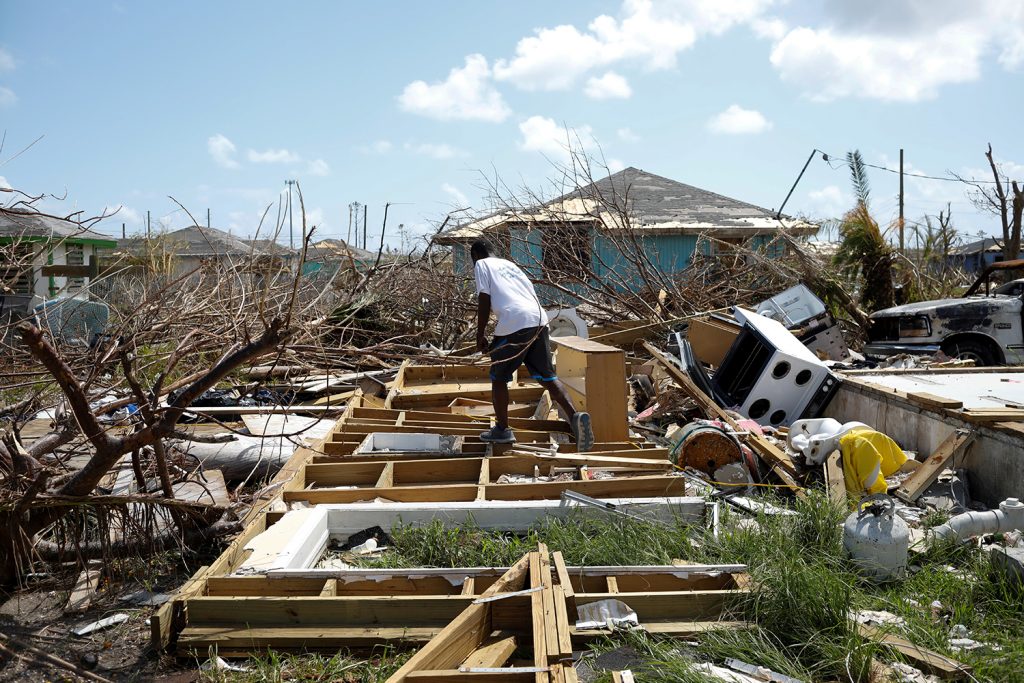 June 1 marks the start of the 2020 Atlantic hurricane season, one which meteorologists predict will be nastier than usual, with up to eighteen named storms—including eight reaching hurricane strength—before the season officially ends November 30.

The Caribbean is particularly vulnerable to these catastrophic events. And with a warming climate fueling more destructive storms, the situation is only likely to get worse over time.

Yet this year, the region must also confront COVID-19, stretching scarce financial resources even thinner as its leaders worry about the pandemic’s global economic fallout—especially on the all-important tourism sector.

On June 1, the Atlantic Council hosted Prime Minister Allen Chastenet of St. Lucia for a virtual conference, along with Kathy Baughman McLeod, director of the Adrienne Arsht-Rockefeller Foundation Resilience Center and senior vice president at the Atlantic Council.

“We live in a time that blows the lid on so many underlying inequities in our societies. It forces us to think about how we’re going to live differently, and how to handle risk,” said Sengupta, who’s reported from Congo, India, Iraq, the Himalayas, and the Arctic—among other places—on the effects of climate change. “Extreme weather events already present a huge threat every year, and it’s an even bigger threat today when we’re living in the shadow of this pandemic and economies are crashing.”

Chastanet noted that after World War II, when the World Bank and the International Monetary Fund were established, most of the fifty-seven Small Island Developing States (SIDS) didn’t exist. With tiny populations and a reasonably good standard of living, their per-capita gross domestic product (GDP) is often too high for these microstates to qualify for the resources made available to much larger developing countries.

“Now with climate change, natural disasters are enormous,” said Chastanet, whose Eastern Caribbean island is home to about 183,000 people. “Most of the buildings on St. Lucia are built for a one-in-twenty-year occurrence. In 2010, Hurricane Tomas devastated our island. It was just a Category 1 storm but we had the equivalent of three years of rain in just forty-eight hours.”

Afterwards, the prime minister said, St. Lucia had to borrow $900 million—which represents 22 percent of its GDP—simply to fund its budget.

“Not many countries are in the position of St. Lucia, in that we’re able to borrow that kind of money because our debt-to-GDP ratio is only 59 percent,” he said. “Imagine we’ve borrowed all that money and it does not even include preparing for the hurricane season. This year, it will be very active, but because of COVID-19 we now have to examine all our shelters and make them social distance-ready.”

Last September, Hurricane Dorian slammed into the Bahamas as a Category 5, killing at least seventy people and causing $3.4 billion in damage. Puerto Rico is still suffering the effects of Hurricane Maria, which ripped through the US territory in September 2017, killing nearly 3,000 people there.

“On Dominica, which is known as the nature island, there were two major catastrophic hurricanes in two years,” Chastanet said. “I was there a week after one of them, and it looked like somebody had sandpapered all the trees. The sand particles had literally devastated the rainforest like a tornado. It’s not something you can go back and rebuild overnight.”

To help islands like Dominica deal with financial fallout of natural disasters and better prepare for the future, CCRIF was formed in 2007. Its objective is to fill a gap in available insurance offerings for such catastrophes by charging the lowest possible premiums while ensuring speedy payouts when a policy is triggered.

CCRIF currently has twenty-two member states, including nineteen in the Caribbean and three in Central America: Guatemala, Nicaragua, and Panama.

“The Caribbean is one of the most disaster-prone regions in the world. We have to deal with natural hazards, political and financial risks, seismological risks—and now we’re also facing this global pandemic,” said Anthony. “CCRIF provides an opportunity for these countries to benefit from quick liquidity.”

The St. Lucian insurance executive noted that CCRIF is set up as a nonprofit corporation for the benefit of member states. It pools risks across the region into a single financial vehicle that enables it to keep costs down.

“CRIFF is not really set up to cover the overwhelming cost of rebuilding,” he said. “We provide one key value proposition: making cash available to countries so they can start their recovery process as quickly as possible.”

During the event, McLeod announced that the Adrienne Arsht-Rockefeller Foundation Resilience Center would form a partnership with CCRIF as part of its stated goal of reaching one billion people with resilience solutions to climate change, migration, and security challenges by 2030.

“Fewer than 4 percent of cities in the developing world are creditworthy, and after COVID-19, we believe that number has dropped even further,” McLeod said. “So we’ve partnered with the twenty-two CCRIF member countries to address these challenges. Our intent is to make people more resilient, reduce risks, and bring more access to capital.”

Meanwhile, countries like St. Lucia—which derives 65 percent of its GDP from tourism—are suffering from the near-total disappearance of foreign tourists in the wake of COVID-19. That’ll make it even harder to finance recovery efforts in the event of a major hurricane this year.

“There is no other industry in which we have such a global comparative advantage, and no industry can replace the foreign exchange it generates,” said Chastanet, who has led St. Lucia as prime minister since 2016. “Our cost of electricity is 40 cents per kilowatt-hour. That makes manufacturing prohibitively expensive, and the European Union has been on an all-out attack to eliminate offshore financial services.”

As for what Caribbean islands can do to mitigate future hurricane damage, Chastanet offered some specific suggestions, such as deepening drains along roads; stabilizing slopes near hillside communities and key infrastructure; and raising bridges so they don’t become dams during major downpours.

“The engineering capacity is there; what limits us is the ability to put the money up front. This is where there has to be a change. Either the World Bank or the IMF has to create a special fund for us, because emissions are not our problem,” he warned. “The problem is in our preparedness to deal with these catastrophes. Time is not waiting for us.”

The US National Guard is stepping up their COVID-19 response with food banks, testing sites, nursing homes, and personal protective equipment distribution across the United States. “What makes us particularly effective in relation to the COVID-19 response is the unique, very deep connections with our communities and our homelands,” the Chief of the National Guard Bureau General Joseph L. Lengyel said.

Continued energy cooperation between the United States and the European Union has been key in reducing Europe’s energy dependence, but now must also help guide both countries out of the coronavirus economic crisis and cut global emissions in the face of continued climate change.