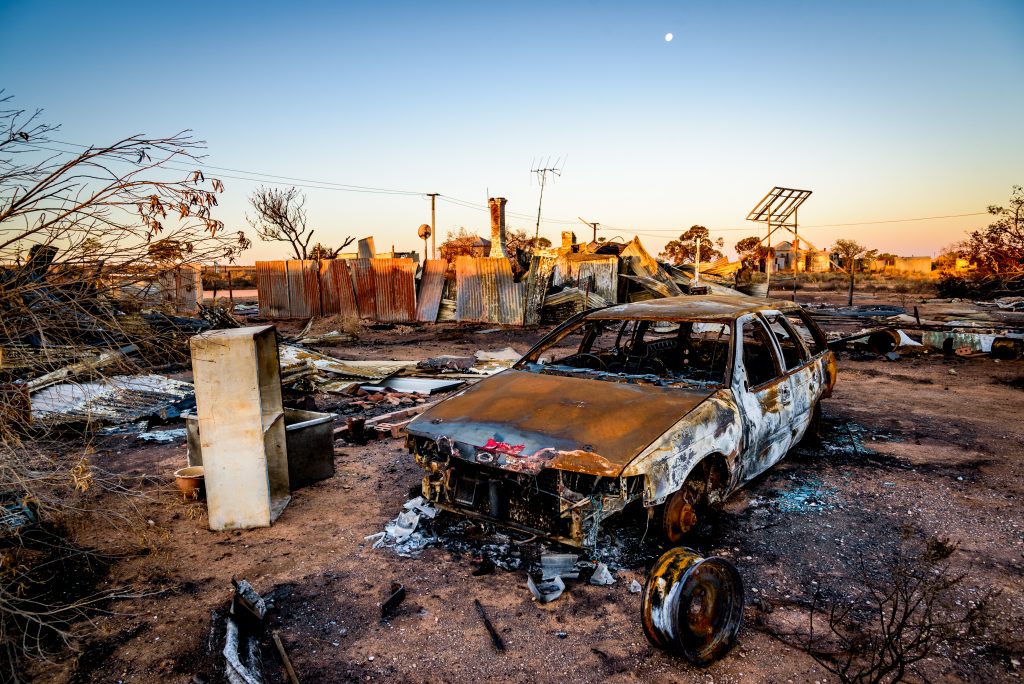 St. Ignatius Loyola, a Catholic Priest, theologian and founder of the Jesuit Order of the Catholic Church in the 16th Century, said, among his many inspiring sayings, “Go forth and set the world on fire.”

Well, we’ve done it. Although I’m quite sure this is not what he had in mind. He could never have imagined the scale of the fires burning in Australia right now or the fuel that is supersizing these fires, called climate change.

The fires have already burned about 14.5 million acres — an area almost as large as West Virginia, more than triple the area destroyed by the 2018 fires in California and six times the size of the 2019 fires in the Amazon.

More than twenty-five human lives have been lost, so many more forever impacted, and there will likely be more deaths announced in the coming weeks. Scientists estimate a staggering 1 billion animals are dead and fear that some species of animals and plants may have been wiped out completely.

As the world rages around the raging fires, I have to wonder: Is this the moment where we will finally see the forest for the trees? Why are we continuing to look into a crystal ball, as if the climate crisis is somehow our future, when it’s so glaringly clear that it is our present?

As I write this, NASA and NOAA have confirmed that 2019 was the second-hottest year on record, wrapping up our warmest decade ever on our planet. How many more statistics do we need?

The tragedy in Australia, like the floods of Jakarta in December, compels us to act swiftly to address immediate needs. We must prepare and adapt now for what are now ubiquitous disasters, both big shocks like these fires and slow onset effects like sea level rise and heat that helps ignite those fires.

Culturally, we will naturally become accustomed to responding to daily disaster, and some countries and communities have already. We can adapt, move back, move away, improve our technology and more.

It’s the mission at the Adrienne Arsht — Rockefeller Foundation Resilience Center, and my job, to help bring solutions as quickly as possible to people and communities around the world suffering the consequences of the climate crisis. But while climate adaptation is critically important, simultaneous and collective action must be taken to reduce carbon emissions now with policy and market signals like a price on carbon, more cost-competitive renewable energy, cheaper electric cars (than fossil-fuel vehicles), stopping deforestation and planting more trees, and much more. The math is simple: less carbon and methane in the atmosphere means slower temperature rise and diminished pain and suffering on the planet. The present is no less valuable than the future.

So, as we watch, aghast at the Australian catastrophe, the challenge of reducing the rate of future climate change takes on ever greater urgency. We know what to do to reduce emissions; we have the technology to do it. What has been lacking is unbending political will and scaled economic incentives. The Paris accord is no less important; the lack of leadership from the US Government remains shortsighted and reckless.

The good news is that the front on reducing carbon emissions is changing for the better. The battle line is changing — and improving — and the financial realities of the role of carbon in our economy are more visible than ever. Just this week, the world’s largest money manager with $7 trillion invested in all sectors including fossil fuel-based energy and power, transportation and agriculture production, BlackRock, took a potentially game-changing step. CEO Larry Fink believes “we are on the edge of a fundamental reshaping of finance” and his letter advised companies and investors alike that it will move to end its investments in the dirtiest, most unsustainable, carbon-heavy enterprises and the world. This moment in global finance comes after the Bank of England’s announcement of their intention to test the financial and insurance industries for exposure and resilience to climate risks.

“Go forth and set the world on fire…” If Australia’s plight can serve as our wake-up call to take collective action — adapt to our new climate realities, overhaul our carbon economy and bring the full weight of our scientific and technological acumen to bear to address the climate crisis — it’s not too late to ignite those figurative fires toward a more livable now and prosperous future.